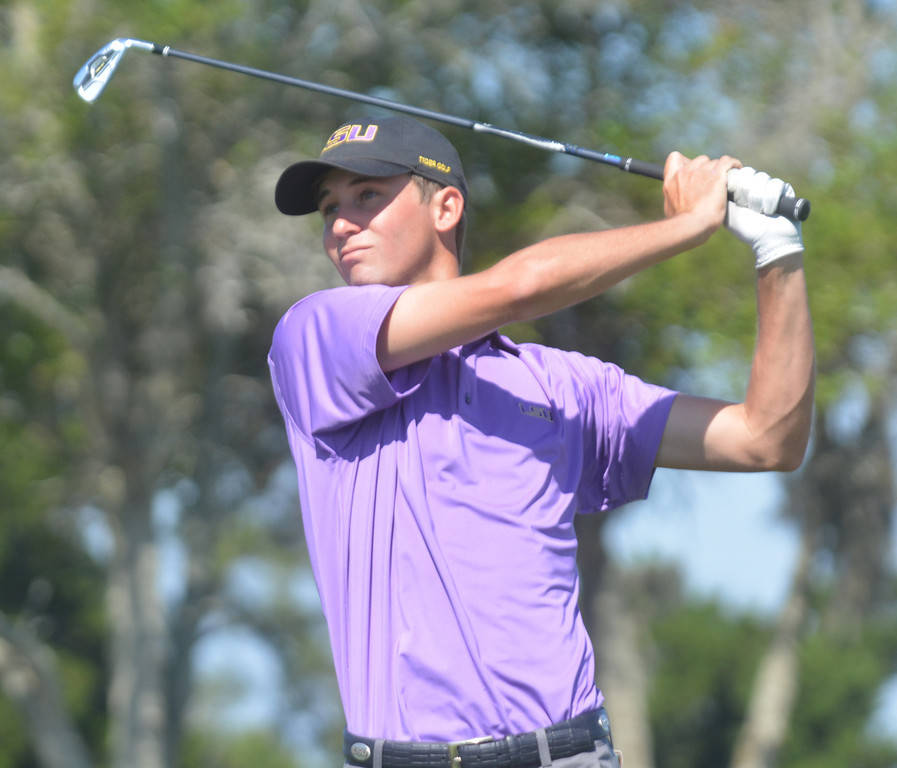 BATON ROUGE – Senior Smylie Kaufman has not only been a leader on the golf course during the 2013-14 season for the 14th-ranked and NCAA Regional-bound LSU Tigers, but he has also led the team’s community service efforts as he has received his second-straight selection to the SEC Men’s Golf Community Service Team.

Kaufman is among 14 golfers representing each of the men’s golf programs in the Southeastern Conference that has been named to the team for the 2013-14 academic year.

A native of Birmingham, Alabama, Kaufman has served the University as a two-year member of LSU’s Student-Athlete Advisory Committee of which he currently serves as the Marketing & Publicity Chairman.

Kaufman is an organizer of LSU’s annual Halloween BOOzar and Thanksgiving with the Tigers events to highlight the University’s community service efforts each fall. As part of the Halloween BOOzar, Kaufman joins his teammates in providing a safe and fun Halloween experience for local youth while dressing in costume, playing mini putt-putt and handing out candy to those in attendance. The Tigers also adopt an underprivileged child each Thanksgiving while providing the child and family with a Thanksgiving meal.

To kick off the 2013 fall semester, Kaufman helped organize LSU’s student-athletes for “Move-In Day” during which they helped incoming freshmen move into their dorm rooms at the start of the academic season. He has also served this year as a City Year Volunteer as an advocate for nonviolence in local high schools, as well as serving as a volunteer for the Special Olympics.

A highlight of this year has certainly been Kaufman’s participation in Baton Rouge’s Blue Ribbon Soiree, which is an annual fund-raising event for prostate cancer research.

Kaufman is helping to lead the Tigers into NCAA Regional play for the seventh-straight season as he is enjoying his best collegiate season as a senior in 2013-14, posting a career-low 72.83 scoring average while making a total of eight tournament appearances on the campaign. Certainly the highlight of Kaufman’s campaign was a team-leading runner-up finish at the 2014 SEC Men’s Golf Championships where he fired a career-low total of 11-under par 199 for three rounds in his championship debut.

LSU is certainly hitting its peak at the right time of the season as they followed their victory at Texas A&M’s Aggie Invitational in their regular-season finale with their best finish at the SEC Championships since 1989 with a second-place finish after firing an 18-under par 822 at Sea Island Golf Club’s Seaside Course, including a school-record round of 17-under par 263 in the final round.

The Tigers will next kick off their postseason run with an appearance at the NCAA Columbia Regional being held May 15-17 at The Club at Old Hawthorne in Columbia, Missouri. They will be looking to finish among the Top 5 teams in the 14-team regional to earn a spot in the 2014 NCAA Division I Men’s Golf Championships to run May 23-28 at Prairie Dunes Country Club in Hutchinson, Kan.