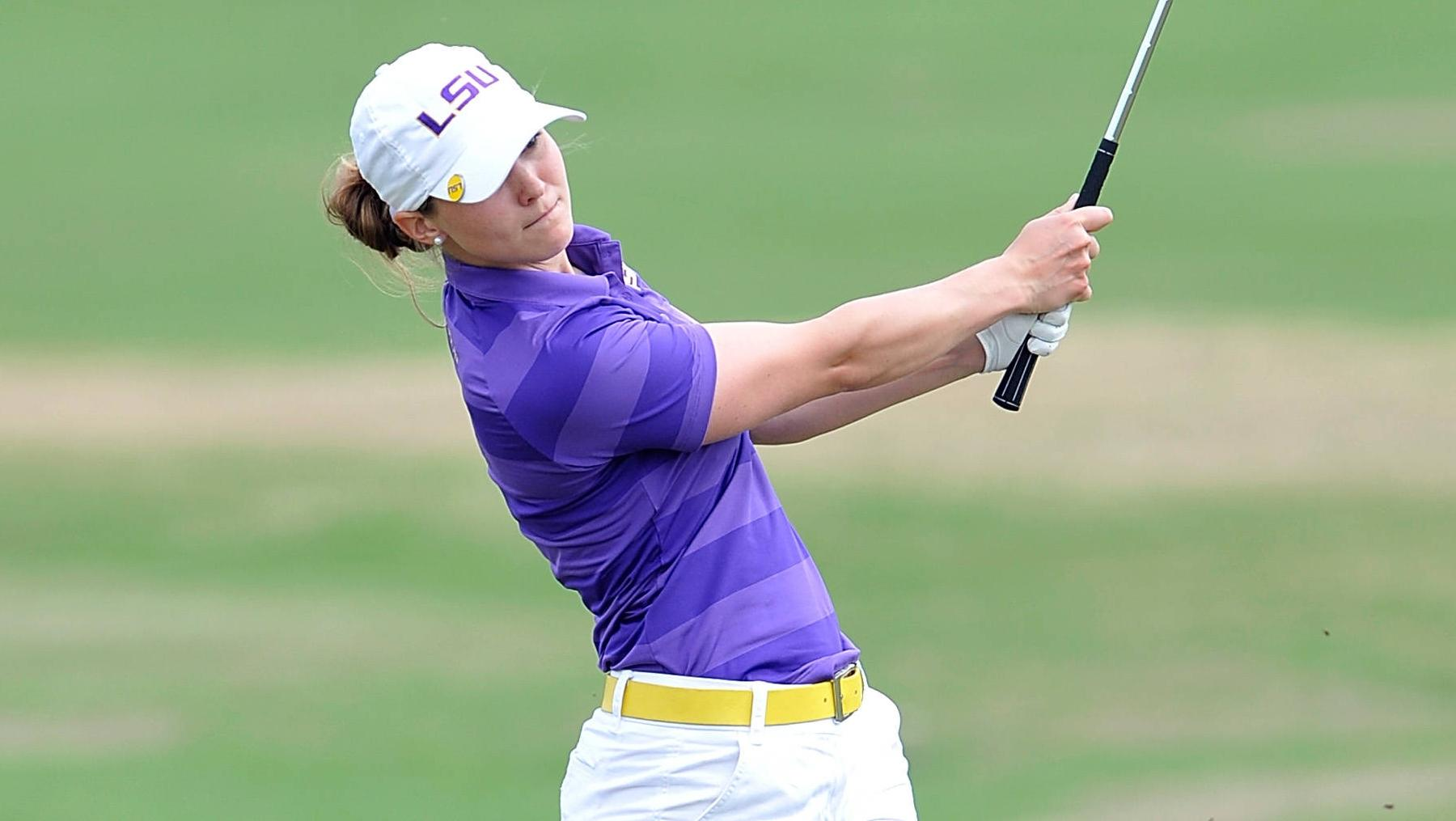 STILLWATER, Okla. – The LSU women’s golf team, which jumped up to No. 14 Wednesday from No. 17 in the Golf World/WGCA Coaches Poll, looks to make a jump back to the NCAA Championships when it begins play here Thursday in the 2014 NCAA Central Regional at the Karsten Creek Golf Course.

The Lady Tigers are one of 24 teams here looking to become one of the eight teams that advance after 54 holes to the NCAA Championships set for May 20-23 in Tulsa, Oklahoma.  The Stillwater regional is one of three events taking place this week with the East Regional in Tallahassee, Florida and the West regional at Cle Elum, Washington.  Those will also advance eight teams each to make up the 24 teams that will play for the women’s championship.

LSU will be looking to get back to the championships for the third time in four years after finishing a school best third place in both 2011 and 2012.

“We are looking forward to the opportunity presented us by being invited to this regional,” said Coach Karen Bahnsen, who is taking her team to the regional round for the 20th time in the last 22 years and for the 11th consecutive year. “We know our focus has to be ourselves and not what is happening among other teams or elsewhere on the golf course.

“It’s a very good golf course. We had a good practice round. You have to give it the respect it deserves. The girls are in a good place. We just have to go out and play with the confidence I know they have.”

One concern with 24 teams trying to play each day is the weather which the forecast for the Stillwater area shows a 40 percent chance of overnight rains and ramping up to between 50 and 70 percent chance during the daylight hours on Thursday. The regional tournaments have to be concluded by Saturday evening.

The Lady Tigers are coming off a fifth place finish in the loaded Southeastern Conference championships in which senior Lindsay Gahm finished in a tie for second at 1-over 217 (73-71-73). Gahm is third in LSU’s lineup with a 74.00 stroke average for the 2013-14 season with one win and her second place SEC finish.

All-SEC first-teamers Madelene Sagstrom (72.73) and Caroline Nistrup (72.92) will lead off for the Lady Tigers. Sagstrom has a win this season while both Sagstrom and Nistrup lost in playoff for other title opportunities.

Rounding out LSU’s lineup will be Louisiana products Ali Lucas (75.54) of Crowley and Elise Bradley (80.36) of Mandeville.

Live scoring for the regional will be available at LSUsports.net through golfstatresults.com. Updates of LSU’s play during the round can be found on Twitter @LSUwomensgolf.