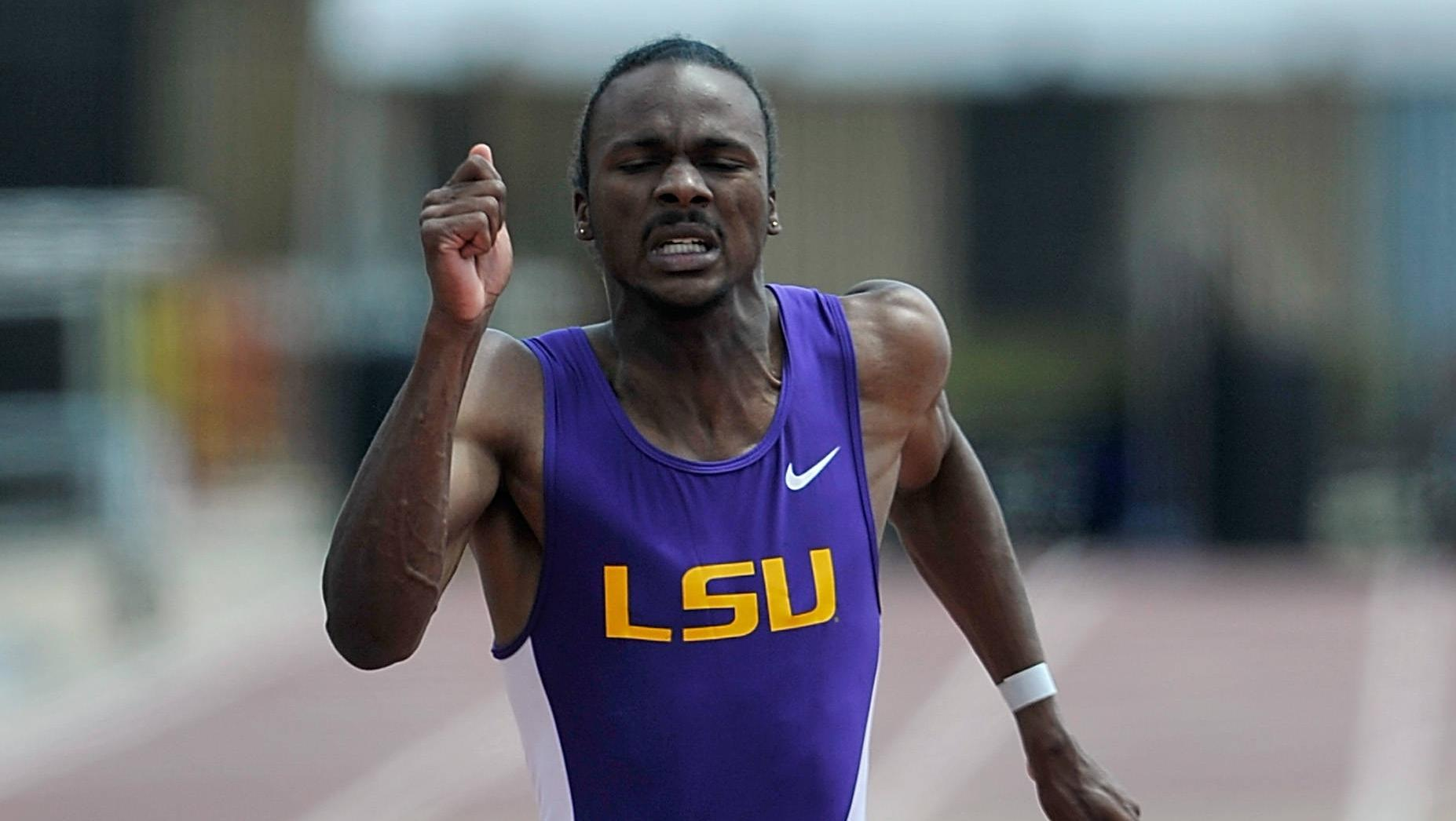 BATON ROUGE – It proved to be a record-setting weekend for the Tigers and Lady Tigers while playing host to the LSU Invitational on Saturday, and senior Denise Hinton and junior Aaron Ernest were honored as SEC Athletes of the Week for outstanding performances in their regular-season finale at the Bernie Moore Track Stadium.

Hinton has been honored as the SEC Women’s Field Athlete of the Week for the second time this outdoor season, while Ernest is the SEC Men’s Runner of the Week in Tuesday’s announcement.

Saturday was a Senior Day to remember for Hinton as she smashed her own LSU school record in the hammer throw and catapulted herself near the top of the NCAA rankings in her final appearance as a Lady Tiger at the Bernie Moore Track Stadium while taking home the women’s hammer title at the LSU Invitational.

Hinton, who had previously set LSU’s school record with a winning throw of 209 feet, 6 inches at LSU’s “Battle on the Bayou” meet back on April 5, raised her mark to 213-0 in the second round of qualifying to easily put the event title out of reach for the rest of the field. After throwing 211-11 in the fifth round, Hinton shattered her school record once again with a final throw of 218-0 on the day to emerge as the NCAA’s No. 2-ranked hammer thrower in 2014 and extend her SEC lead in the event as she now sets her sights on winning the SEC title in the event.

Hinton finished more than 20 feet ahead of the rest of the field, as Miami’s Lea Johnson finished runner-up with her series-best throw of 197-7 on the afternoon. With her performance, Hinton is now the SEC’s leading hammer thrower by more than 10 feet as she tops the conference charts ahead of Georgia’s Elizabeth Tepe, who owns a 2014 seasonal best of 207-6 this spring.

While running his first 200-meter race of the 2014 outdoor season, Ernest took down the world’s No. 1-ranked 200-meter sprinter when he raced to a wind-legal personal record of 20.14 seconds to capture the title for the LSU Invitational and emerge as one of the world’s top performers in his own right.

Ernest, who entered the weekend with a previous personal best of 20.38, smashed his PR by more than two tenths of a second as he became the No. 2-ranked runner in the NCAA and the No. 3-ranked sprinter across the world for the 2014 season.

Ernest crossed the finish line ahead of the likes of Florida’s Dedric Dukes, who entered the meet as the NCAA and World leader in the event with a seasonal best of 19.97 from the Florida Relays. Ernest led Dukes from the start, taking a commanding lead off the turn and powering through the finish line in 20.14 for a monumental victory. Dukes fell back into fourth place in the heat when he crossed the finish line in 20.97, while Ernest also took the tape ahead of Florida’s Arman Hall (20.40) and Ole Miss’ Jalen Miller (20.81).

With his season-opening time and PR of 20.14, Ernest is now the second-fastest 200-meter sprinter in the history of the LSU program as he trails only the school record of 19.63 set by former Tiger great Xavier Carter in the summer of his sophomore season in 2006.

SEC Men’s Runner of the Week
May 6 – Aaron Ernest