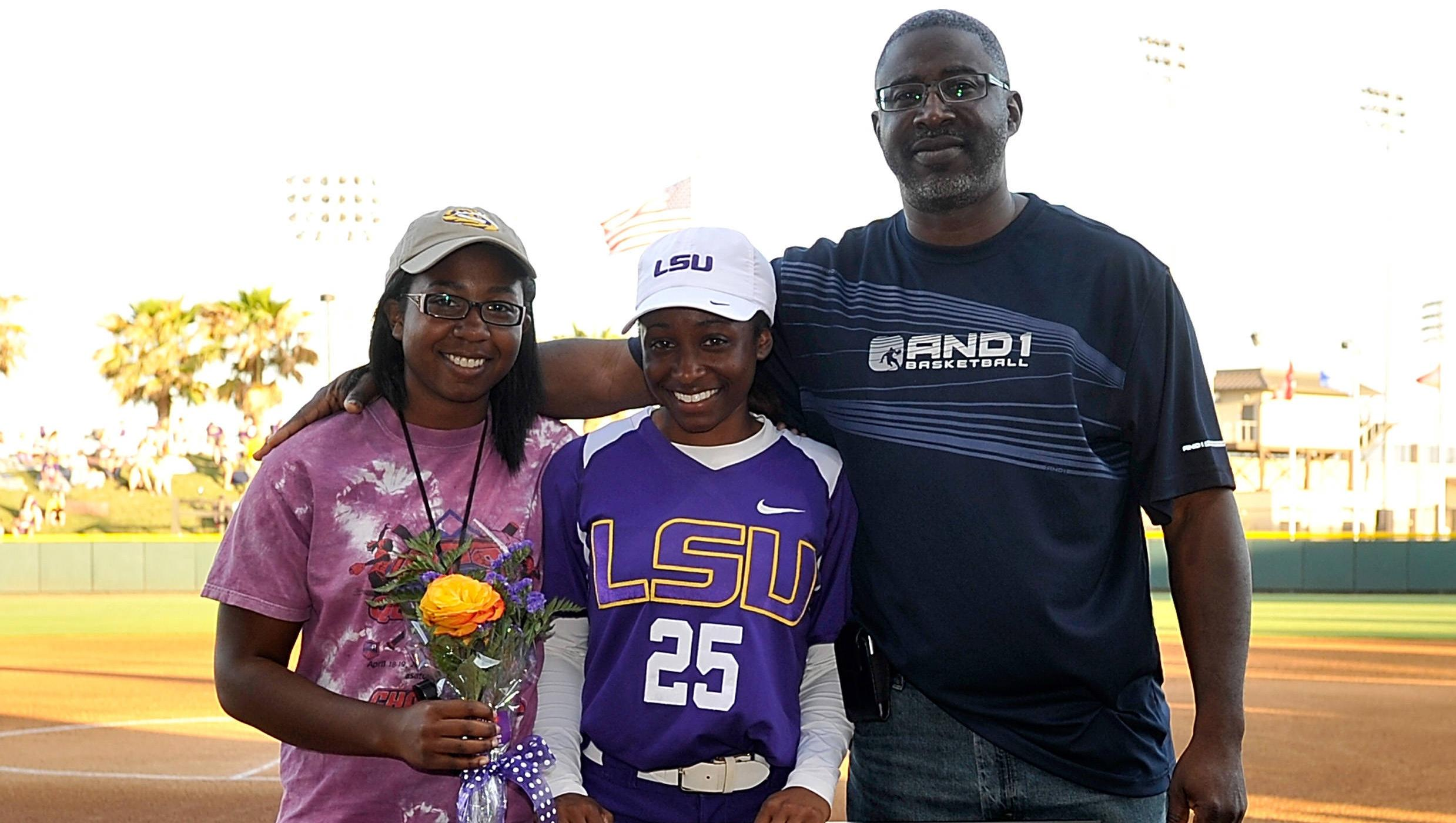 In a continuing effort to recognize the accomplishments of student-athletes beyond the field of competition, the SEC once again highlighted a Community Service Team for softball for the 2014 season.

Heyward, a native of Sacramento, California, graduated in August 2013 with a sociology degree and is scheduled to earn a second undergraduate degree in Psychology this spring. She was the 2013 recipient of the Eye of the Tiger award for overcoming adversity at the academic gala.

Heyward created a support group, You Are Not Alone (YANA), after experiencing the loss of her mother to cancer where LSU student-athletes help middle and high school students cope with the loss of a loved one, including being active in the team’s Geaux Teal initiative which raises money for women and families affected by ovarian cancer.

With over 40 hours of community service logged this year alone, she is also a member of Live2Serve, an organization that goes into lower-income neighborhoods and provides various programs to at-risk youth with mentors serving as role models.  Heyward participated in the Miracle League Games opening ceremony, a non-competitive offering for children with physical or mental disabilities, served lunch to the homeless with St. Vincent de Paul and participated in Thanksgiving with the Tigers where an LSU team gathered needed clothing and personal items over the holiday season.

Also this season, Heyward was involved in Striking Out ALS to help raise funds and awareness for the disease, while volunteering with Geaux Play, an organization that gathers donated new and gently used sports equipment that is donated to disabled children.

Heyward, a three-time SEC Academic Honor Roll and two-time NFCA All-American Scholar Athlete pick, has played in over 177 games with more than 135 starts to her credit. She is one of 36 players in program history to reach 100 career hits. She has earned a spot on the 2012 NCAA College Station All-Regional Team and was a member of the 2011 All-SEC Freshman Team. She knocked a three-run double during LSU’s 3-1 victory over No. 9 Missouri in the deciding third game of the 2012 NCAA Columbia Super Regional to punch the program’s ticket to the 2012 Women’s College World Series.

LSU opens the 2014 SEC Softball Tournament hosted by the University of South Carolina at the Carolina Softball Stadium on Thursday at 10 a.m. as the sixth seed and will take on third-seeded Missouri. Every game of the tournament will be broadcast on ESPNU, with audio of every game on the radio home of LSU softball on ESPN 104.5 and 104.9 FM as well as in the Geaux Zone.