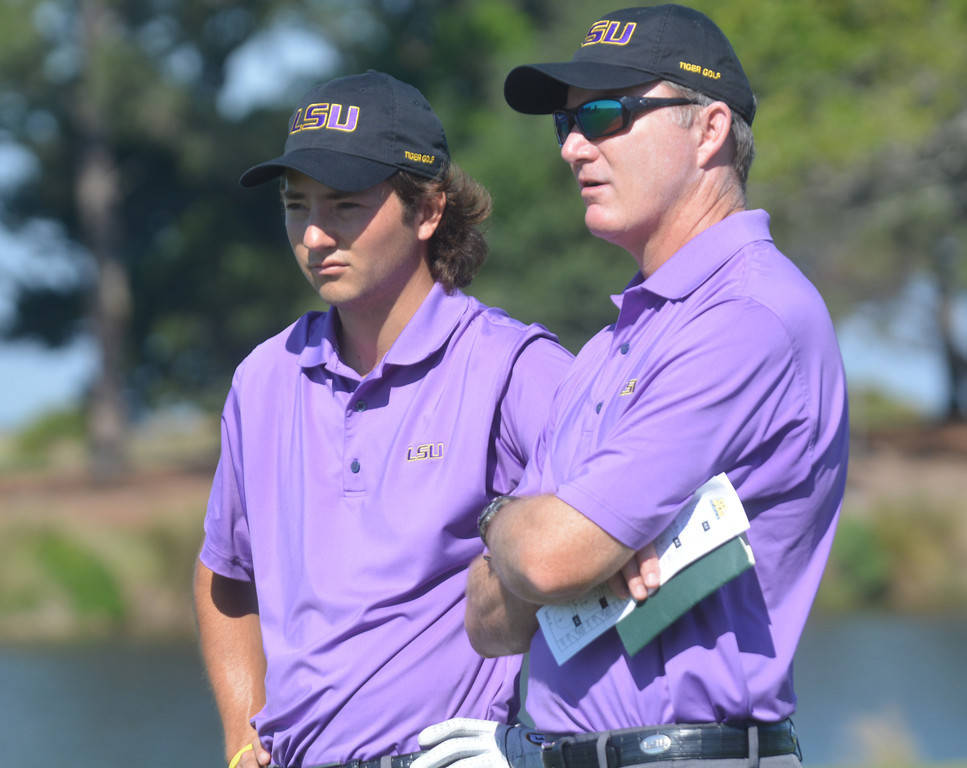 BATON ROUGE – The 14th-ranked LSU Tigers have followed up their runner-up finish at the SEC Men’s Golf Championships by earning a No. 3 seed in NCAA Regional play as they were selected on Monday morning among the 14-team field to play at the NCAA Columbia Regional being held May 15-17 at The Club at Old Hawthorne in Columbia, Missouri.

The fields for each of the six NCAA Regional Championships to be held next week were announced on Monday morning during the Golf Channel’s Morning Drive show from 9-10 a.m. CT.

Each of the 14 teams in the field at the NCAA Columbia Regional will be competing for five qualifying spots into the 2014 NCAA Division I Men’s Golf Championships that will be held May 23-28 at Prairie Dunes Country Club in Hutchinson, Kan., and hosted by Wichita State University.

“We are looking forward to this time of the season,” said LSU head coach Chuck Winstead of his team’s NCAA Regional selection for the seventh-straight season. “It’s always full of lots of optimism and challenge. Every regional has its own set of challenges. I know our guys will look to continue to work on getting better and the challenge of success at this time of the season.”

While the Tigers have earned the No. 3 seed at the NCAA Columbia (Mo.) Regional, they will be joined by a strong field that includes No. 1 seed  and second-ranked Oklahoma State, No. 2 seed 11th-ranked Virginia, No. 4 seed and 24th-ranked Arkansas and No. 5 seed 26th-ranked Arizona State. Also in their regional field are No. 6 seed Iowa, No. 7 seed San Diego State, No. 8 seed and tournament host Missouri, No. 9 seed Iowa State, No. 10 seed Middle Tennessee State, No. 11 seed Ohio State, No. 12 seed Denver, No. 13 seed Loyola (Md.) and No. 14 seed Bryant.

Six NCAA Regionals will be played across the country as teams will look to finish in the Top 5 of the final team standings to make up the 30-team field at the 2014 NCAA Division I Men’s Golf Championships.

LSU is certainly hitting its peak at the right time of the season as they followed their victory at Texas A&M’s Aggie Invitational in their regular-season finale with their best finish at the SEC Championships since 1989 with a second-place finish after firing an 18-under par 822 at Sea Island Golf Club’s Seaside Course, including a school-record round of 17-under par 263 in the final round.