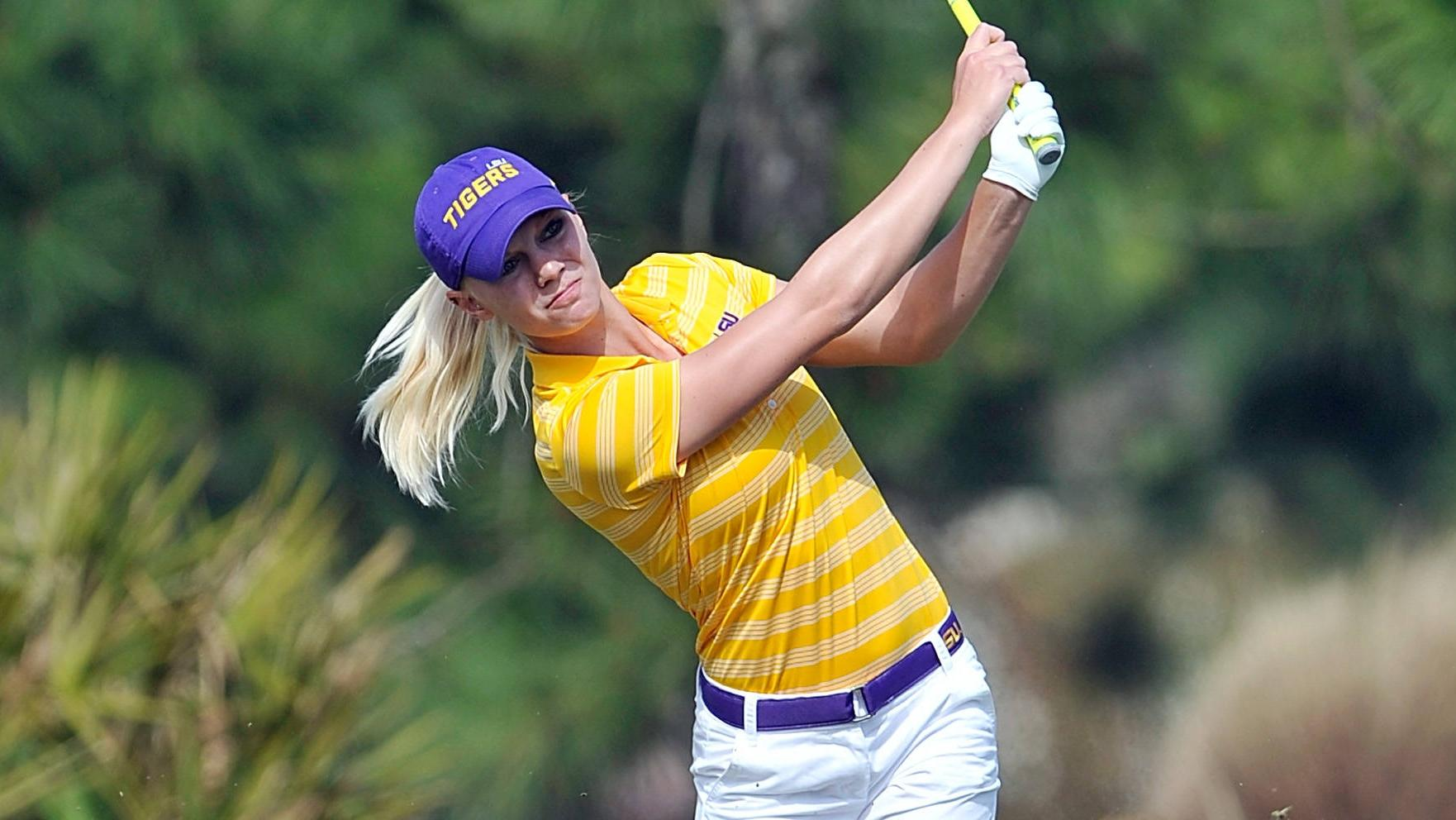 Also for the first time since the 2001 season, LSU has placed two golfers on the SEC first team as Sagstrom was joined by freshman Caroline Nistrup, who was also chosen a member of the All-SEC Freshman team.

The pair will lead LSU into the NCAA Central Regionals beginning May 8 at Oklahoma State University in Stillwater, where they will try to become one of the eight schools advancing from that regional to the NCAA Championships later in May in Tulsa.

The annual women’s golf awards were voted on by the league’s 14 head coaches.

The Enkoping, Sweden, native posted the fifth best stroke average in the SEC and the best on the LSU team at 72.73. She won her first tournament of her college career at The Schooner Fall Classic in Norman, Okla., and later lost out in a playoff at the LSU Tiger Golf Classic in March.  Sagstrom posted 14 rounds of par or lower in her 26 rounds played this season and through three years has posted a career average of 73.33.

Nistrup, from Denmark, is second on the team in stroke average at 72.92 and has posted four top 10 finishes this season, including one tie for an individual crown that she lost in a sudden-death playoff. In 26 rounds, Nistrup has posted 12 rounds of par or under this season.