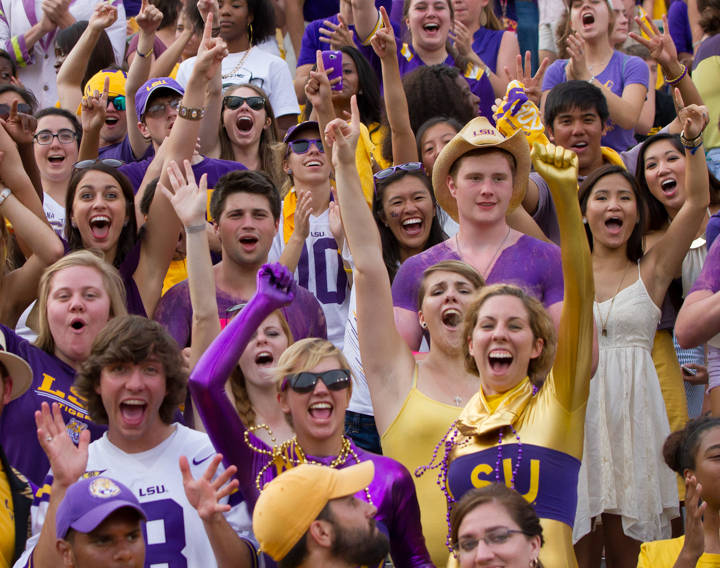 BATON ROUGE – LSU’s 2014 home-opener against Sam Houston State will kickoff at 6:30 p.m. CT and will be televised by the new SEC Network, the league office and ESPN announced on Thursday.

The Sam Houston State game will be LSU’s first contest in the newly-expanded Tiger Stadium, which will feature a seating capacity of over 100,000. The Tigers open the season the week prior against Wisconsin in Houston in the AdvoCare Texas Kickoff.

The SEC Network, the new national sports network launching August 14 and operated by ESPN, will air a game featuring every football team in the SEC within the first four weeks of the 2014 college football season. The first 16 games, released Thursday by the SEC and ESPN, include a home game from all 14 SEC football stadiums.

The SEC Network lineup for Saturday, Sept. 6 includes: Florida Atlantic at Alabama and Arkansas State at Tennessee at 11 a.m. CT, Eastern Michigan at Florida and Nicholls State at Arkansas at 3 p.m. CT, and LSU hosting Sam Houston State and Lamar at Texas A&M at 6:30 p.m. CT.

The Sam Houston State game is the only LSU contest currently listed among the SEC Network lineup during the first four weeks of the season although the schedule does include two TBD games on Sept. 20 – the week of LSU’s conference-opener against Mississippi State in Tiger Stadium.