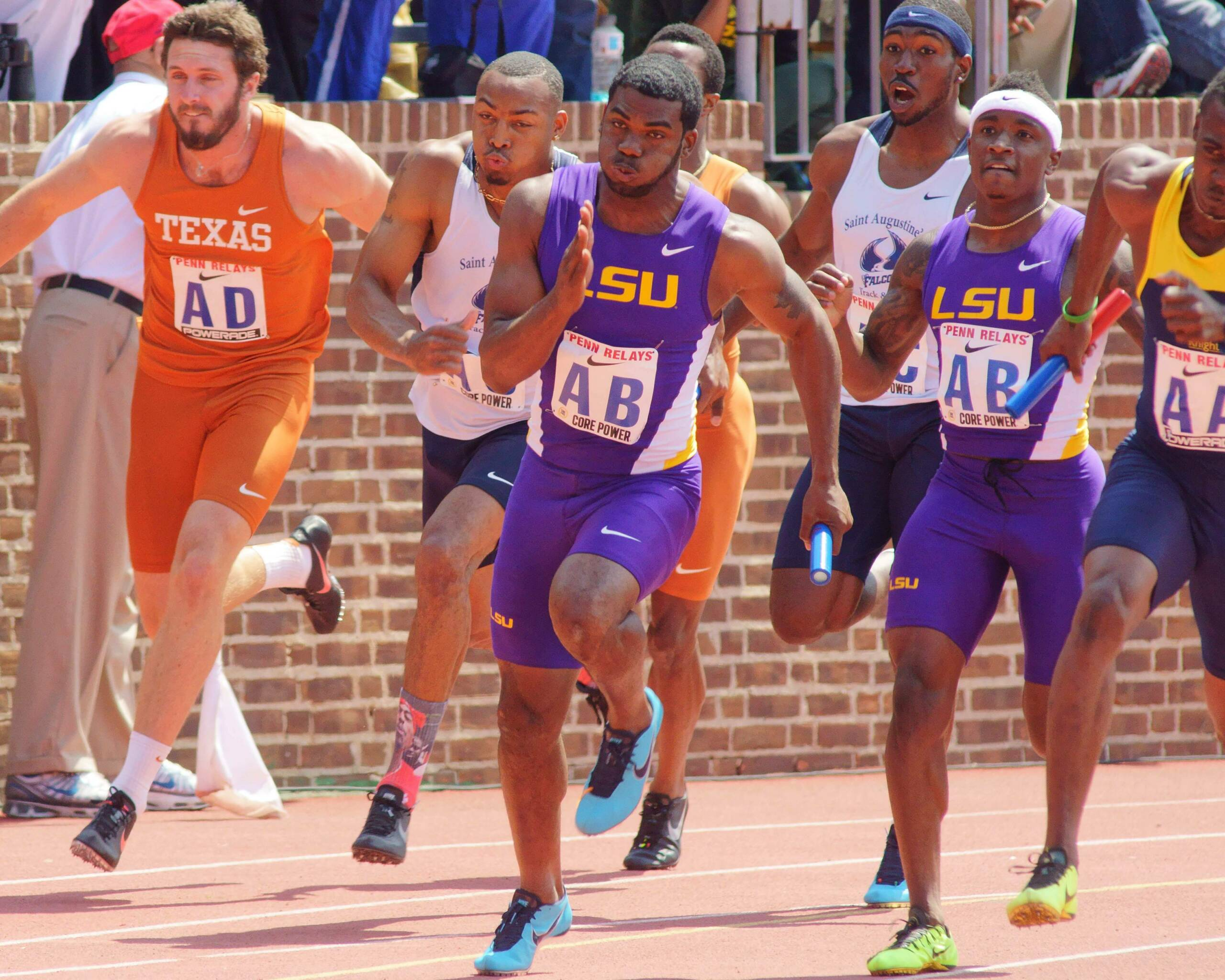 BATON ROUGE – The Tigers and Lady Tigers are ready to compete one final time before the start of the championship season when they welcome nationally-ranked programs from Florida, Miami, Ole Miss and Texas A&M to Baton Rouge this weekend for a five-team scored meet at the LSU Invitational being held Saturday at the Bernie Moore Track Stadium.

Saturday’s competition will be LSU’s last before the teams travel to Lexington, Ky., to compete at the 2014 SEC Outdoor Track & Field Championships running May 15-18 at Kentucky’s Track & Field Facility.

The morning session at the LSU Invitational kicks off at 9:30 a.m. CT with the first field events of the day followed by the start of the afternoon session at noon CT with the first finals on the track after the brief opening ceremony. The competition will go through the running of the 4×400-meter relays with the women’s relay set to run at 3:15 p.m. followed by the men’s relay at 3:20 p.m.

The meet will feature a 10-8-6-4-2-1 scoring format in each individual event as the Tigers and Lady Tigers will battle teams from Florida, Miami, Ole Miss and Texas A&M for the men’s and women’s team titles. Only one relay team per university will be allowed to score following the 10-8-6-4-2 scoring format in the relay events.

Fans can receive live scoring updates and updates of the Tigers and Lady Tigers competing during the meet by following @LSUTrackField on Twitter and by liking LSU Track & Field on Facebook.

LSU Track & Field is racing down the homestretch of the 2014 regular season ranked among the nation’s top programs once again as the Lady Tigers are the No. 7-ranked women’s team nationally and the Tigers are the No. 10-ranked team nationally in this week’s Top 25 national power rankings released by the U.S. Track & Field and Cross Country Coaches Association released on Tuesday afternoon.

The LSU Invitational features the defending NCAA Outdoor Co-Champions from 2013 and the No. 1 and No. 2 teams in the country for 2014 on the men’s side as the top-ranked Florida Gators and second-ranked Texas A&M Aggies headline what is sure to be an outstanding competition for the men’s team title on Saturday. The Ole Miss Rebels also enter the weekend as the No. 16-ranked team nationally on the men’s side while the Miami Hurricanes will also bring a strong squad of athletes to Baton Rouge this weekend.

Saturday’s women’s competition also features a trio of Top 10 programs as the No. 7-ranked Lady Tigers are joined by No. 2-ranked Florida and No. 3-ranked Texas A&M for what is sure to be an exciting afternoon.

While the LSU Invitational will feature many of the nation’s premier athletes across all of the events being contested, none will be as exciting as the 4×100-meter and 4×400-meter relays on the men’s side.

Other athletes competing in the meet who rank No. 1 in the NCAA rankings in their respective events include Florida’s Dedric Dukes with an NCAA-leading and World-leading time of 19.97 this season and Ole Miss pole vaulter Sam Kendricks with a seasonal-best clearance of 18 feet, 8 ¼ inches in the event.