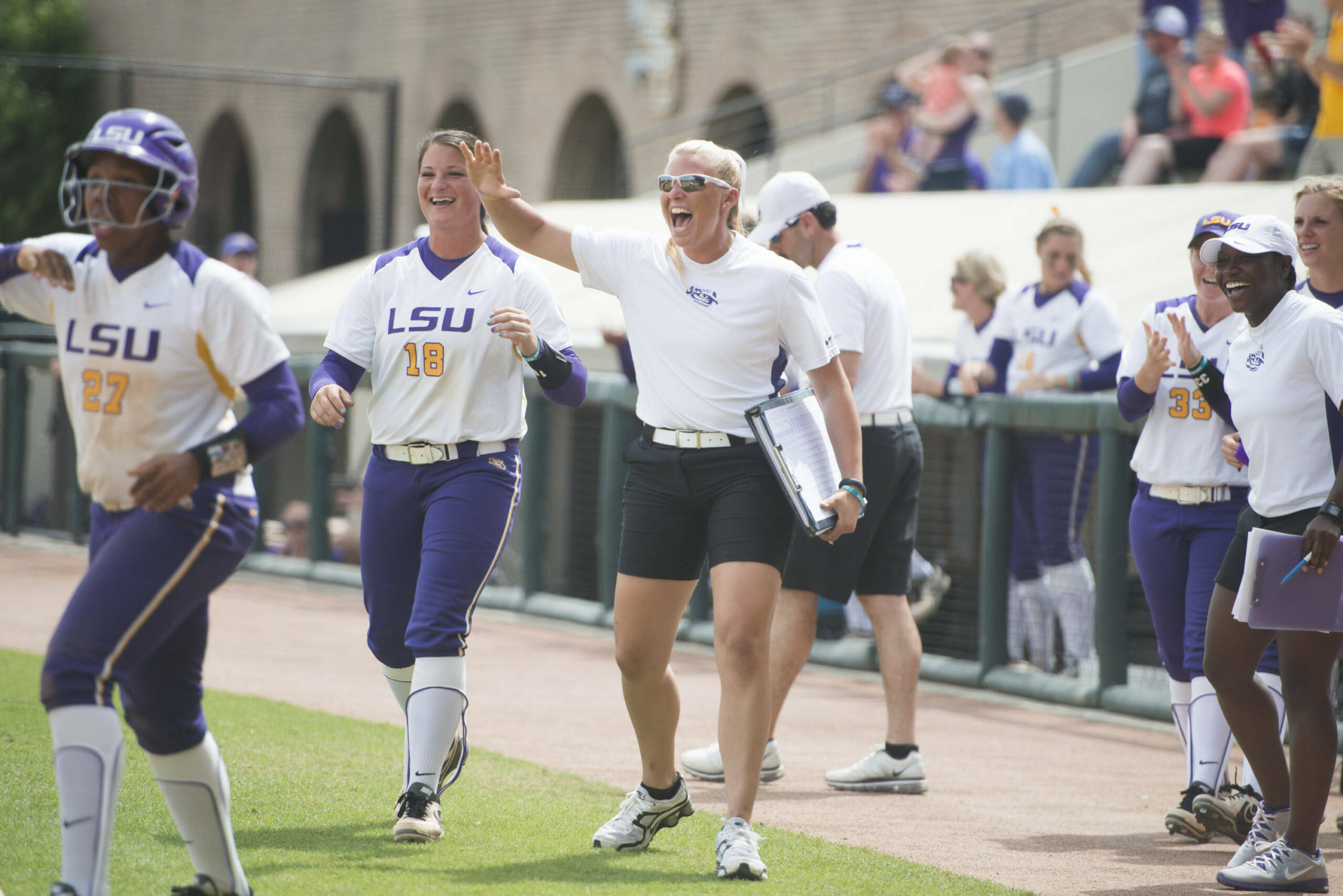 With the Tigers closing out the schedule at home, it will give the team a chance to thank outgoing seniors Jacee Blades, Alex Boulet, Ashley Czechner, Allison Falcon, Simone Heyward and Tammy Wray during its Senior Weekend festivities, as two seniors will be honored prior to the start of each game over the weekend.

Czechner and Falcon will be honored prior to first pitch on Friday which is set for 6 p.m., while Heyward and Wray get the Saturday slot before the 7 p.m. night game against MSU. Sunday, the festivities wrap up with Blades and Boulet prior to the 1 p.m. first pitch in the finale.

All three games of the series can be heard on the radio home of LSU softball on ESPN 104.5/104.9 FM and in the Geaux Zone. There will be live video of game one on Friday and game three on Sunday in the Geaux Zone, as Saturday’s duties will be handled by CST with Lyn Rollins, Yvette Girouard and Brittany Mack bringing you all of the action. The first 1,000 fans through the gates on Saturday will also receive an LSU softball base keychain.

With just three days remaining in the regular season for LSU, the Tigers will go into the series against Mississippi State playing some of its best ball to date, riding a five-game winning streak into another key series before the four-day conference tournament starts next week in Columbia, S.C. The team has won eight of its last 10 games, and at 32-20 overall and 11-10 in league play, will be turning its attention to MSU and a tough Bulldog squad coming to Baton Rouge still needing to secure a tournament spot.

“Mississippi State is going to bring in a great pitching staff, maybe one of the best ones in the conference, and I think we are going to have to be patient and make sure we’re making the right choices at the plate,” head coach Beth Torina said.

While LSU will have to tangle with the team that has the sixth best overall earned run average in the Southeastern Conference, MSU will have to do it’s best to try and contain a Tiger offense that has scored double-digit runs in five of its last eight games overall and is hitting .312 as a team on the season and .300 in league play which is currently fourth-best.

Since turning the page to April after struggling through March, LSU went 13-5 last month and scored 127 runs on 150 hits, including 24 doubles, five triples and 14 home runs, while the opposition was hitting just .243 with 97 strikeouts combined.

LSU continued its hot play on Wednesday night, traveling to Hammond to take on Southeastern Louisiana and closed the road portion of the regular season with a 11-3 win in six innings, the team’s sixth run-rule victory of the month. The Tigers took care of business by scoring in every inning, including getting three multiple-run frames mixed in. The team’s patience at the plate was also evident, drawing eight walks for the second-straight game.

Coming on strong with no signs of slowing down is freshman Sahvanna Jaquish. Hitting just .282 at the start of the South Carolina series, the Highland, California native is now hitting .338 which is good enough for second on the team and is only second to Tammy Wray in April performance as she hit .431 while Wray hit .435.

Jaquish became the second consecutive freshman to hit double-digit home runs a couple weeks ago, and after her 12th of the year against the Lady Lions is now tied with teammate Bianka Bell who had that many last season. She is now tied for the third most in a single-season in team history and is two away from tying the record and three away from claiming it.

LSU as a whole is still being led by junior A.J. Andrews, who still has a slim lead on the overall team batting crown with a .343 average, as the speedy outfielder continues to be a tough out at the plate as she was again walked three times in a single contest against SLU, earning a two-RBI hit with her 35th stolen base of the year.

Sandra Simmons continues to be steady at the first base corner as she had two RBI on a double with a run scored late in the contest to push the LSU lead back to eight on Wednesday night, increasing her doubles total to seven to match her multi-RBI games total on the year.

As a whole, eight different LSU hitters earned at least one base knock on the night, getting a fantastic night from Simone Heyward who tied her career high in hits in going 3-for-3 with an RBI and season high two runs scored with a double, while Constance Quinn tied her season-high in hits in going 2-for-3 with a double, RBI, two runs scored and two stolen bases.

Earning her 19th complete game of the season to move into sole possession of second place among freshman pitchers, Baylee Corbello will be a big piece of the Tiger pitching staff that will take on the worst hitting team in the conference come Friday, as she is also one strikeout away from tying for second place in total strikeouts with names like Rachele Fico and Dani Hofer.

“I think our pitchers are going to have to make sure they are making quality pitches and keeping them off base, and if we can do that I think we can have a great series,” Torina said.

After starting the season 15-1, the win totals by month for the Bulldogs has dropped to 13 in March and only nine in April, although they managed to take two from Alabama, Tennessee and Arkansas to come into the weekend 37-16 overall and 9-12 in the SEC. MSU boasts solid pitching in the form of Alexis Silkwood and Allison Owen, who combine for 239 strikeouts and 189.0 innings pitched.

The Tigers own a commanding 47-6 advantage in all-time meetings against Mississippi State, winning 22 of the last 23 games against the Bulldogs, including taking two of three last season in a series in Starkville.