Softball to Take on SLU on Wednesday 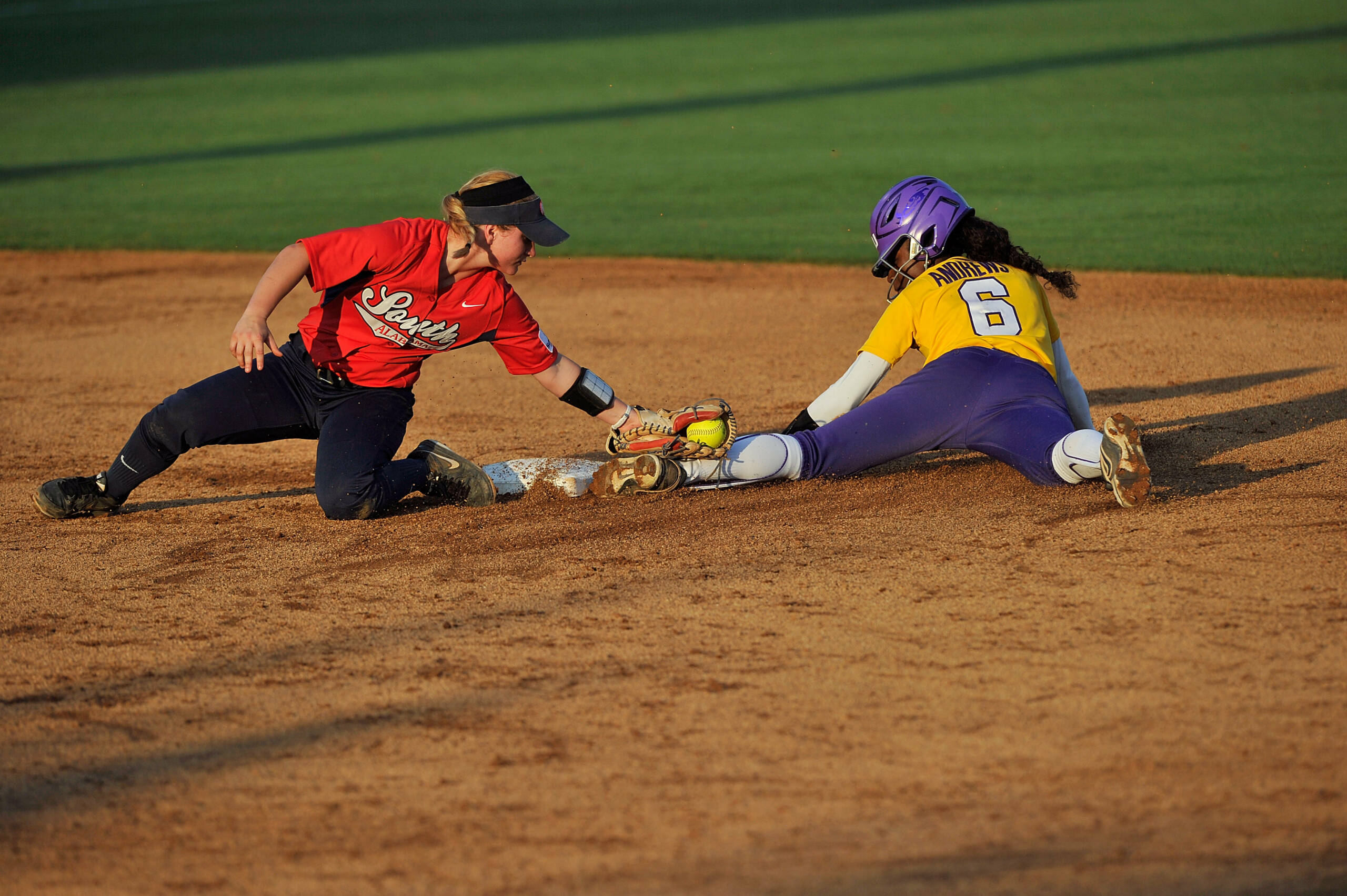 BATON ROUGE, La. – The No. 25 LSU softball team hits the road for the final time in the 2014 regular season on Wednesday evening, traveling to Hammond to take on the Southeastern Louisiana Lady Lions at 6 p.m. at North Oak Park.

Links to live stats and a video stream of the game provided by SLU can be found on the schedule page at LSUsports.net, with live updates via Facebook and Twitter throughout the contest.

After plodding its way through a 6-9 record in the month of March, LSU has turned its season’s fortunes around in April, as the Tigers will be looking to earn their fifth-straight win on Wednesday to cap a 30-day swing that currently has the team 12-5 overall in April, winners of eight of their last 10 games and 9-3 in conference games.

“I think that the part of the schedule we’re in has been a benefit to us,” head coach Beth Torina said. “For a pretty long stretch there we were playing the best-of-the-best and now we are playing a lot of teams that are close to where we are and it’s evened out a bit.”

After a seven-week absence from the USA Today/NFCA Top 25, the Tigers have made their return to both now for the first time since March as the team is currently ranked 25th in that poll and moved up one spot to 23rd in the ESPN.com/USA Softball Top 25 after being 24th last week. LSU still boasts the second-toughest schedule in the country, sitting 20th in the latest RPI ranking with one week left to go in the regular season.

At 31-20 overall and 11-10 in the Southeastern Conference, the Tigers are hitting their stride after clinching a berth in the 2014 SEC Softball Tournament next week in South Carolina by sweeping Ole Miss in Oxford. In the team’s fourth consecutive series win, LSU run-ruled the Rebels in two of the three games, hitting .348 as a group while outhitting Ole Miss 24-7, and outscoring them 26-6, upping the team’s average to .310 at the plate and .300 in league games.

One of the big keys for LSU has been their penchant for scoring runs in droves in just one inning, as the Tigers scored 10 runs in the second of the finale to roll to the win as just this month alone the team has produced double-digit runs in a single frame three times. The Tigers are untouchable when scoring double-digit runs on the season, as they’ve won all 12 times they’ve scored 10 or more, scoring 13 or more in three of their last six SEC games over the last two weeks.

Two of the top overall hitters in that series were A.J. Andrews and Sahvanna Jaquish who each hit .556, as Andrews stole four bases while Jaquish drive in six RBI and scored five times with three extra-base hits.

Andrews did it all over the course of the weekend, including hitting her fifth triple of the season which currently leads the SEC among her five hits. She scored six times and had an on-base percentage of .667 and slugged 1.000 in one of her best conference weekends of the season to date.

Jaquish, currently on a seven-game hitting streak which is the longest for her this season, also had five hits and clobbered her 11th home run of the season, putting her one away from tying for the third most by a Tiger in a single season, coming close to the record of 14 set by Leslie Klein in 2004. She slugged 1.111 with two doubles as well, giving her seven on the year.

LSU hit a home run in each of the three games against Ole Miss, as Kellsi Kloss and Bianka Bell each hit their ninth of the year, increasing the team’s total to 45. Bell now has nine doubles and a triple to go along with her nine homers, as she and Jaquish are tied for the team lead in extra-base hits with 19.

While the offense provided all of the fireworks, the pitching duo of Baylee Corbello and Ashley Czechner held the Rebel offense in check for much of the weekend as they combined to go 3-0 with a 1.24 earned run average in 17 innings of work.

On Tuesday, Corbello was named the LSWA Pitcher of the Week for the second time this season, as she held a spotless ERA and gave up just four hits in 14.0 innings of work in wins over South Alabama and Ole Miss. Corbello has already cemented her solid year after being named a finalist for the NFCA Division I Freshman of the Year award, but her season is slowly becoming next-level status as she is seven strikeouts away from second among freshman in total strikeouts and 18 complete games tied for second already with 20 being the most by a first-year Tiger hurler.

In some of her most solid work of the season, Czechner crossed the double-digit wins plateau as she earned her 10th and 11th victories of the season by opening and closing out the Rebels on last Friday and Sunday. Czechner allowed just six hits and struck out seven as opposing teams had a batting average of .167 against her in two complete-game efforts. The senior allowed just three earned runs in the circle, pitching her first one-hitter of the season in the series opener.

Before turning its attention to the last weekend of the regular season, LSU will need to continue to take care of business against a Southeastern Louisiana team that is 19-25 on the season and 10-14 in the Southland Conference. The Lady Lions lost two of three to McNeese State last weekend, as SLU is 5-5 in its last 10 games and an even 10-10 in April.

LSU will look to extend its current nine-game winning streak over a Lady Lions team that is hitting .266 as a group with a staff ERA of 5.06. The Tigers are 3-1 against SLU in Hammond, as the opposition has not scored more than a single run in any of the last 11 meetings.