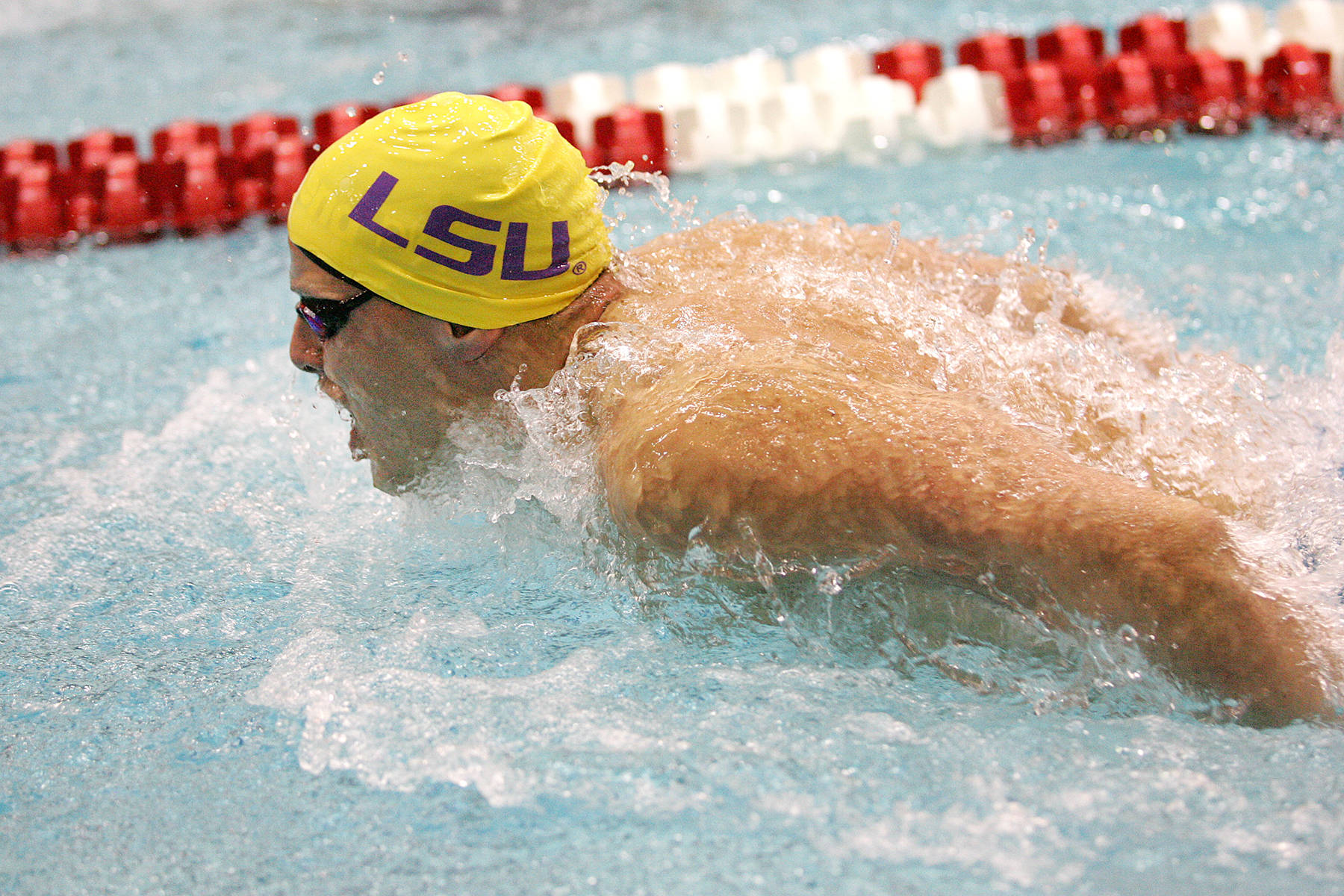 BIRMINGHAM, Ala. — LSU placed 32 student-athletes on the 2014 SEC Winter Honor Roll as announced by the league office.

Greeff earned his second All America honor at NCAA Championships this spring. The South Africa native broke his own program record in the 200 fly at the championship meet and finished 10th place overall. This season, Greeff also accomplished the second-fastest 200 IM (1:46.25) and third-fastest 100 fly (46.80) times in program history.

The LSU gymnastics team recorded the best finish in school history by earning third place at the NCAA Super Six Finals on April 19. The Tigers established a school record with 13 consecutive meets with a score of 197 or higher, including a program-record 198.325 in the NCAA Regional that tied as the nation’s highest score of the season.

Plaisance and McKinney will attend WNBA Training Camps which open Sunday. Plaisance was selected in the third round by the Tulsa Shock, while McKinney was a free agent training camp invitee by the New York Liberty. The duo finished fourth and fifth respectively on LSU’s all-time blocks list, while Kenney moved her way into the program’s top 10 in three-pointers and assists. Plaisance is one of 18 LSU players to collect over 1,000 career points and 500 career rebounds.

The 2014 Winter SEC Academic Honor Roll is based on grades from the 2013 Spring, Summer and Fall terms.