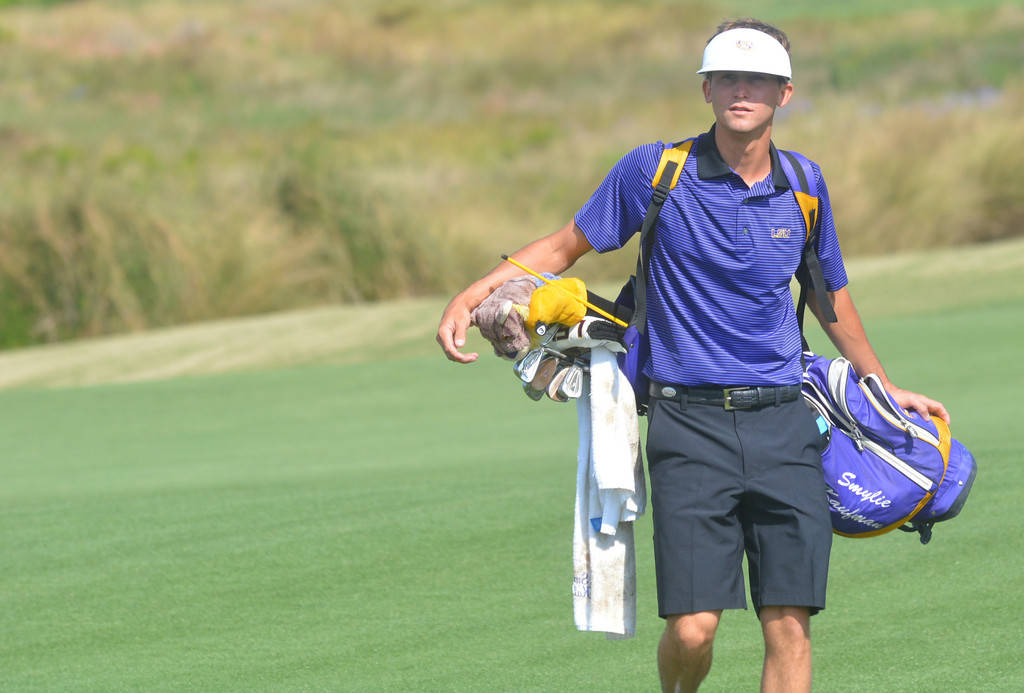 ST. SIMONS ISLAND, Ga. – Making his championship debut for the Tigers, senior Smylie Kaufman fired a team-low 3-under par 67 in the opening round of the 2014 SEC Men’s Golf Championships on Friday to tie for fifth place on the leaderboard in the early going in the event being played at the Seaside Course at Sea Island Golf Club.

Kaufman carded seven birdies with four bogeys on his round to finish the day just two shots off the pace set by South Carolina’s Matthew NeSmith and Alabama’s Bobby Wyatt on the leaderboard.

A native of Birmingham, Ala., Kaufman led the 21st-ranked LSU Tigers into sixth place in the first-round team standings as they posted a team score of 4-over par 284 in the opening round to finish the day 12 shots back of the No. 1-ranked Alabama Crimson Tide in the race for the 2014 SEC Championship.

Alabama is already in a strong position to three-peat as the SEC Champion after opening this year’s championship with a team score of 8-under par 272 to take a two-shot lead over Auburn’s 6-under par 274 in the first round. The Crimson Tide teed off Friday as the two-time defending team champion after taking home the SEC crown in each of the last two years in 2012 and 2013.

Rounding out the top five of the team standings are No. 6-ranked Georgia and No. 24-ranked South Carolina in a tie for third place at 3-under 277 and No. 21-ranked Arkansas in fifth place with an even-par 280.

Kaufman finds himself just two shots off the pace after the first round as NeSmith and Wyatt each opened the championship with 5-under 65s to jump out to an early lead at the SEC Championships. Arkansas’ Nicolas Echavarria and South Carolina’s Will Murphy fired matching scores of 4-under par 66 to finish the day in a tie for third place in what is shaping up to be a tight race for the individual crown.

Kaufman will tee off in Saturday’s second round in a three-way tie for fifth place as Auburn’s Niclas Carlsson and Alabama’s Robby Shelton also fired rounds of 3-under par 67 during Friday’s opener.

Juniors Stewart Jolly and Ben Taylor followed Kaufman across the finish line with matching scores of 2-over par 72 as they tied one another for 31st place on the first day of the competition. Junior Curtis Thompson shot a 3-over par 73 to finish the day in a tie for 39th place on the leaderboard, while sophomore Zach Wright added a 6-over par 76 to tie for 61st place overall.

The Tigers are paired with Arkansas and South Carolina in Saturday’s second round as they will tee off in the second wave of teams from the front nine beginning at 7:20 a.m. CT. Golfstat is providing live scoring for this year’s SEC Men’s Golf Championships as fans can follow the Tigers in action at www.golfstat.com throughout the weekend.