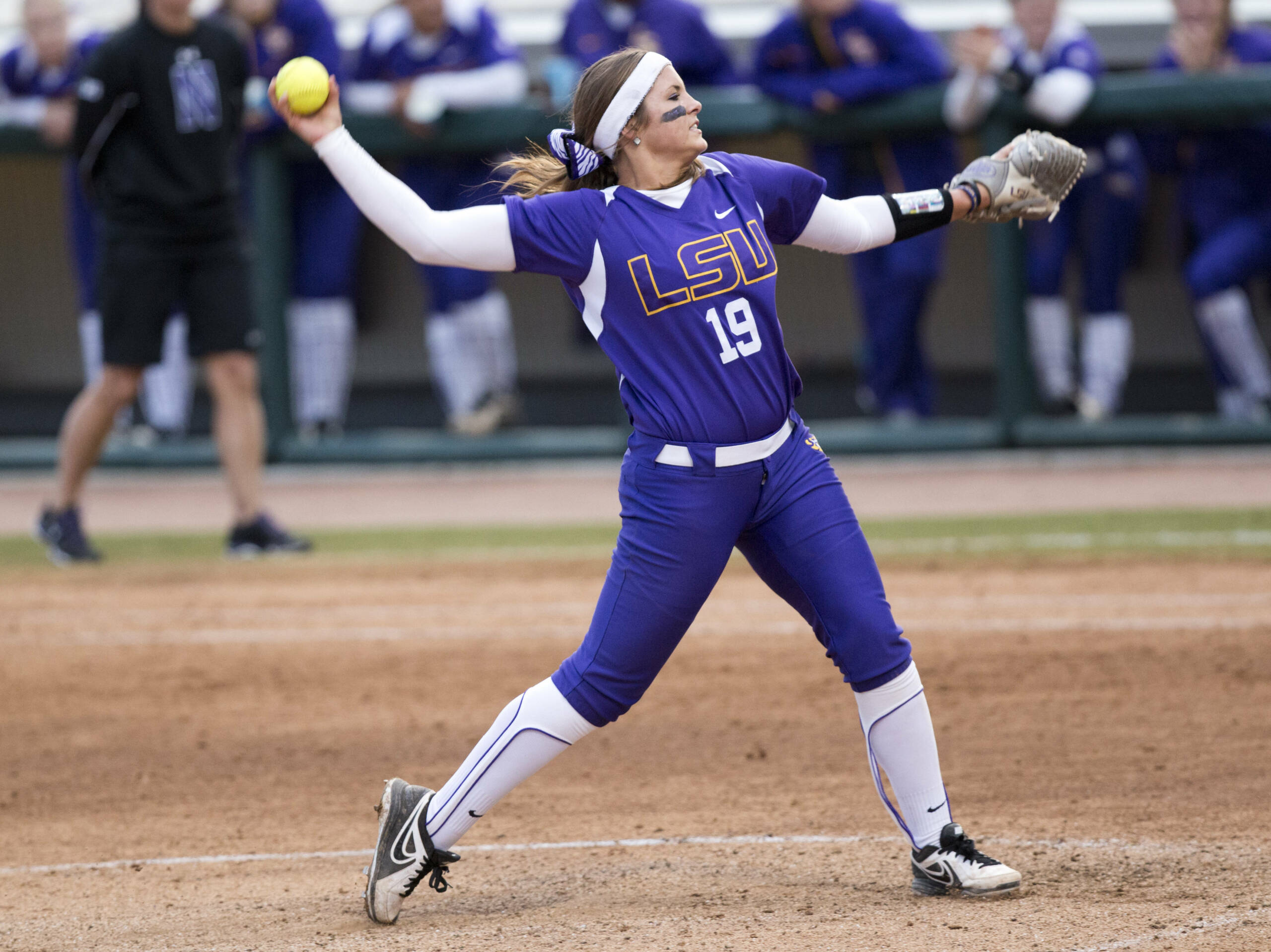 BATON ROUGE, La. – The LSU softball team will close out the road portion of the SEC schedule this weekend, traveling to Oxford, Miss., to take on the Ole Miss Rebels for a three-game series beginning Friday at the Ole Miss Softball Complex.

All three games of the conference series will be carried on the radio home for LSU softball on ESPN 104.5 and 104.9 FM locally in Baton Rouge and online in the Geaux Zone with Patrick Wright calling all of the action live.

After already making a big push with another a winning month of play, the Tigers enter the weekend seventh in the league standings at 28-20 overall and 8-10 in conference play with only seven games and two league weekends remaining before the SEC Softball Tournament takes place at the Carolina Softball Stadium at South Carolina May 7-10.

Although the Tigers have increased their chances of qualifying for the league’s tournament in a few weeks after fighting back from a 2-7 start, another solid showing this weekend could go a long way in determining how long LSU can ride its recent success into the NCAA tournament in winning each of its last three series showdowns.

“I like the way this season has laid out, and I think our last 10 games on paper we should compete well in,” head coach Beth Torina said. “Every game from here on out is important, and these last two weeks can really help us not only in the league but for postseason seeding as well.”

LSU got another NCAA tournament boosting win on Wednesday, defeating the South Alabama Jaguars 6-1 in the team’s final non-conference home game of the season at Tiger Park. The Tigers avenged an early-season loss to USA after picking up the Jaguars for two games in the Tiger Invitational back in February, falling in that game 2-1. USA came into the week ranked 20th in the country with an RPI of 19, bolstering the team’s No. 2 ranking among the toughest schedules in the country.

LSU now has nine wins over teams in the 25 at the time of competition, as the Tigers scored early and often this time around against the Jaguars, scoring three runs in the first two innings, a run in the fourth and two in the sixth to gain enough traction to hold on for the victory. The team is a win away from earning double-digit wins in the month after going 6-9 in March, improving its record to 17-10 in home games and 20-10 against non-conference opponents.

Although the team accumulated seven hits in each contests, the Tigers were able to get key hits and capitalize on Jaguar mistakes as the team was the beneficiary of six walks between two pitchers and five hit batters over the course of the game. USA also had an error which LSU turned into two runs in the sixth inning, moving to 23-8 when the opposition has one or more miscues in a game. Still, the Tigers outhit the Jaguars 7-3, and are nearly unbeatable when scoring six or more runs in a game improving to 19-1 when doing so.

The attack of the Tigers has come throughout the order since the team began to turn the ship around nearly a month ago, as the team has seven players who have played in at least 38 games who are hitting .300 or better at the plate to add to the team’s overall .308 batting average.

Since the Georgia series, senior Tammy Wray is making sure she ends her final season in Purple and Gold her best yet, as she is currently on a season-long five-game hitting streak as she earned her fourth multiple hit game in her last five in the win over USA, going 2-for-4 with an RBI. With just nine hits and an average of .167, Wray is now hitting .291 and has 14 hits in her last eight games alone.

Allison Falcon raised her batting average to .326 after a 2-for-3 night with an RBI against the Jaguars, as she is now second on the team in average and tied for third in total hits with 42.

Bianka Bell is third on the team with a .323 batting average as she hit her team-leading ninth double of the season and earned her ninth multi-RBI game of the year in the process. Bell is currently on a seven-game hitting streak which is one shy of tying her season and career long of eight which she set earlier this year.

Hitting .385 in conference play alone, Sahvanna Jaquish continues to hit solidly as she hit her fifth double of the year and drove in her 35th RBI of the year to stay one ahead of Bell who has 34. The reigning freshman of the week has 16 extra-base hits on the year and is one hit shy of tying her career and season –long streak of five also set earlier this season.

In the circle, LSU will look to continue its momentum in the first two games of the weekend under Baylee Corbello and Ashley Czechner, as Corbello will be coming off of her 11th complete-game win of the season on Wednesday. In holding USA to one run, the NFCA Division I National Freshman of the Year finalist has given up a run or less in 13 games this season in 27 total appearances and just 22 starts.

The Rebels enter the weekend series in last place in the league with just three conference wins after opening the slate with a huge upset of Florida. Ole Miss was swept at Missouri last weekend and is just 3-7 in the month of April as they close out the string against LSU at home and Tennessee on the road.

LSU will be looking to continue a vicious string against the Rebels as of late, winning nine of the last 10 overall and holding a 43-7 advantage in all-time meetings. The Tigers have not dropped a series to Ole Miss since the 2008 season, and have never lost more than three games straight to the Rebels in team history.