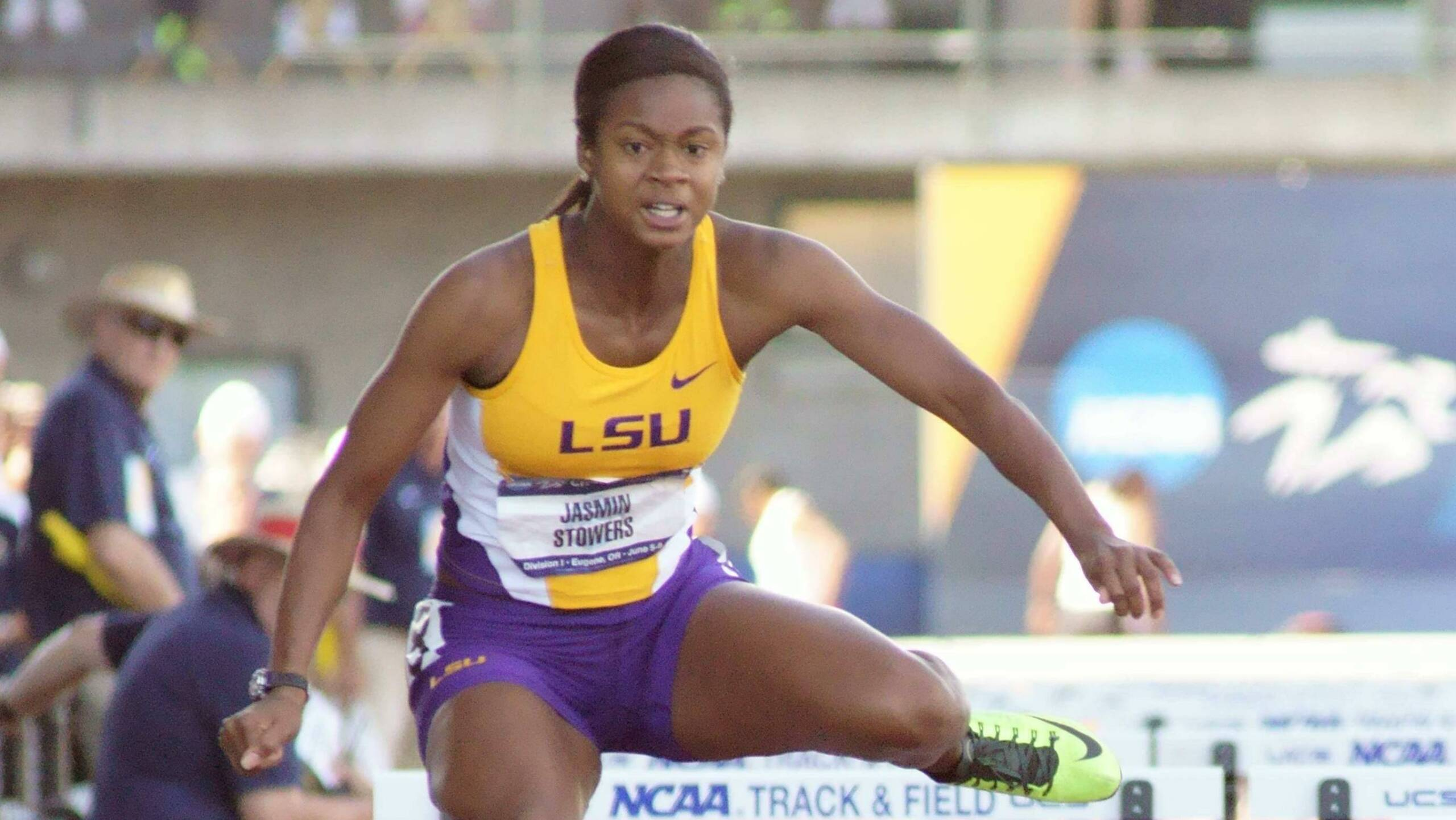 BATON ROUGE – After hurdling to a personal best of 12.81 seconds in winning the women’s 100-meter hurdles at the LSU Alumni Gold held Saturday at the Bernie Moore Track Stadium, Lady Tiger senior Jasmin Stowers was honored as the SEC Women’s Runner of the Week in Tuesday’s announcement by the Southeastern Conference office.

It marks the first time in 2014 that a Lady Tiger has won the SEC Women’s Runner of the Week award, while it marks the fifth time outdoors that an LSU athlete has been honored with an SEC weekly award.

Stowers is also the No. 1-ranked hurdler in the SEC this season among wind-legal performances, while she also checks in as the No. 2-ranked hurdler outdoors in the NCAA rankings for 2014. Her all-conditions seasonal-best time of 12.81 is also the NCAA’s No. 3-ranked performance under all conditions, both wind-legal and wind-aided, this season and is the No. 4-ranked time on LSU’s all-time performance list in the event.

Not only that, but Stowers also led off the Lady Tigers’ 4×100-meter relay team that raced to a seasonal-best time of 43.72 in a runner-up finish to Texas A&M (43.51) at the LSU Alumni Gold on Saturday as she teamed with sophomore Kiersten Duncan, freshman Jada Martin and freshman Rushell Harvey in running the NCAA’s No. 7-ranked sprint relay during the 2014 outdoor season.

A native of Pendleton, S.C., Stowers has already proven herself as a national championship contender during her senior season after setting LSU’s indoor school record in the 60-meter hurdles with a career-best run of 7.96 in claiming the NCAA Indoor bronze medal for the second-straight year. Her school record of 7.96 was just .01 off of the time that won the national championship indoors this season.

She is certainly poised to take down Tananjalyn Stanley’s 25-year-old school record of 12.70 in the 100-meter hurdles that was set way back during the 1989 season when Stanley was crowned the NCAA Champion.