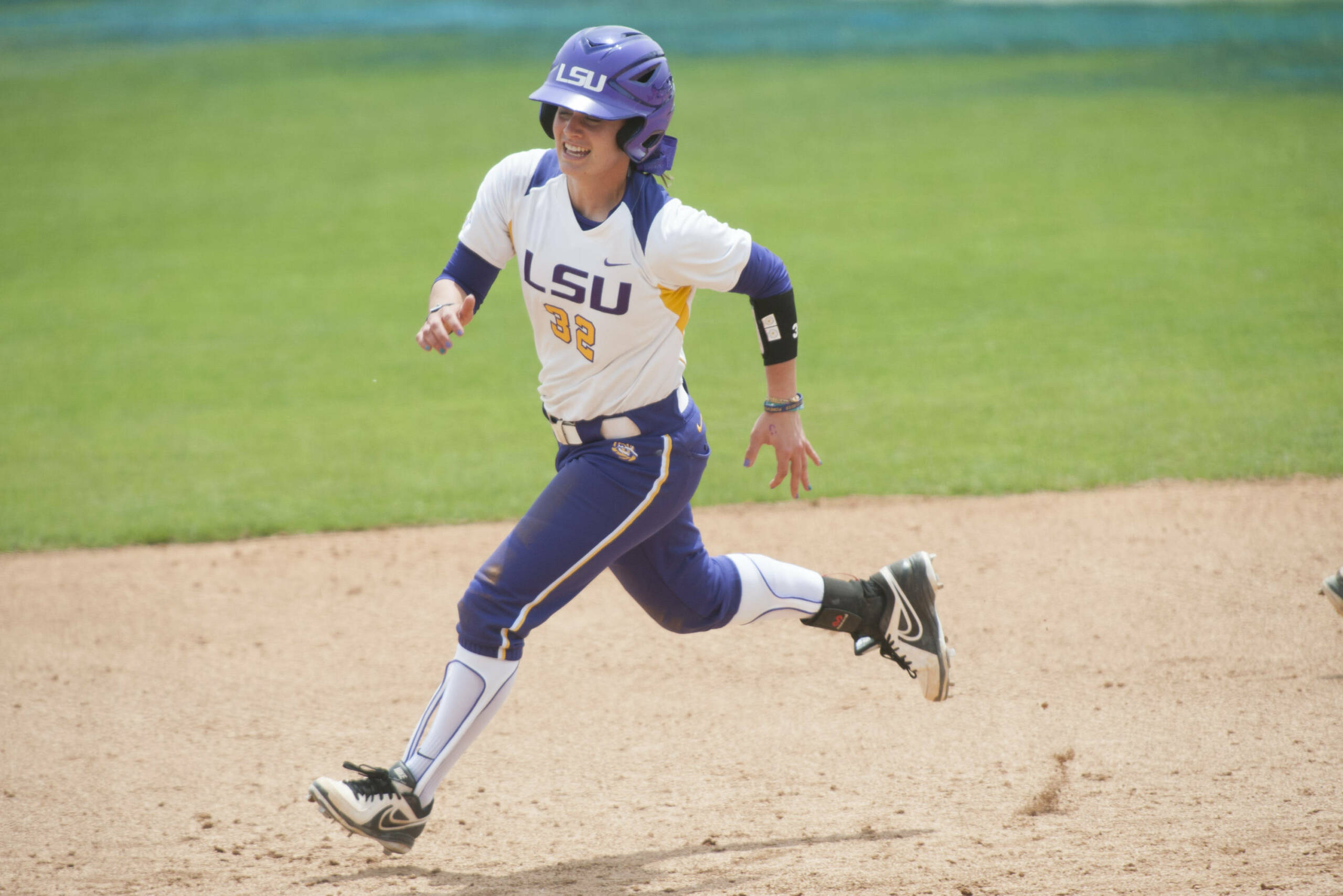 BATON ROUGE, La. – The LSU softball team returns home on Wednesday after spending the past week on the road, hosting the 20th-ranked South Alabama Jaguars at Tiger Park at 6 p.m. in Baton Rouge.

Listen to the game on the radio home for LSU softball on ESPN 104.5 and 104.9, as well as online in the Geaux Zone with Patrick Wright and Matt Dunaway. Wednesday’s game will also be televised live on Cox Sports Television with Lyn Rollins and former LSU coach Yvette Girouard.

It’s Pack the Park Night at the field on Wednesday with $1 general admission tickets, as the first 750 fans who show up will receive LSU softball “Locked In” beverage holders. The evening will also serve as Guys Night Out hosted by ESPN 104.5, with Matt Moscona hosting his afternoon show After Further Review on location from the field from 3-6 p.m.

With two weekends remaining in the regular season, the softball team went from being on the outside looking in for a conference tournament berth to steamrolling its way into the conversation after earning series wins over Tennessee, Georgia and most recently South Carolina last weekend to sit at 27-20 overall and 8-10 in the SEC which is good enough for seventh place heading into this week’s competition.

Before the Tigers return to conference action, the team will look to continue to build its overall season resume on Wednesday in the team’s final non-conference home game of the season against the 34-9 Jaguars. LSU is 22nd in the RPI for the second-straight week and boasts the second-toughest schedule in the country, as USA is 19th after the release on Monday evening.

“I think we’re reaping the benefits of playing such a tough schedule early, that we are starting to have more favorable results with the way the schedule is laid out for the rest of the season,” head coach Beth Torina said. “We’ve played and beaten some highly ranked teams this season, and I’m happy we’ve been able to use that to power us into a successful final few weeks of the regular season.”

Since turning the corner at the very beginning of the month of April, the Tigers are batting .303 with 106 hits, 84 runs, 14 doubles, four triples and 10 home runs. LSU has already eclipsed last year’s home run mark with 42 long balls this season in 47 games, while during that time the team has scored double-digit runs in four games, with no less than five runs in eight.

LSU currently has seven players that have seen action in over 38 games this year, showing the balance of the offense over the course of the past few weeks led by a senior in her final season in third baseman Tammy Wray.

With consecutive weeks of hitting .500, Wray is hitting .455 since the month started with 15 total hits, three doubles, a triple and home run, 10 RBI and 10 runs scored. Just last week she was one of two players to earn eight hits in the five road games, with three extra-base hits, six RBI and seven runs scored during that time. She earned three hits for the second time this season in the series against the Gamecocks, while also earning her second home run of the year as well.

Leading the team at the plate in the entirety of the week was sophomore first baseman Sandra Simmons who hit .533 with eight hits, including two doubles, with three RBI. Simmons tied her career high in base knocks in the opener against South Carolina, driving in two for the fourth time this season.

One of the biggest performances of the week came from freshman Sahvanna Jaquish who earned SEC Freshman of the Week honors after hitting .467 with seven hits, three RBI and five runs scored in just four games. What put her over the top was game two where she became the first player since Juliana Santos in 2011, and third in team history, to earn five hits in a game going 5-for-5 with an RBI and three runs scored.

Bailey Landry hit .400 last week, and opened the USC series with a 2-for-3 outing with a double, two RBI and a run scored, as she is currently batting a solid .326 on the year and .324 in conference games alone which is second behind fellow freshman Jaquish.

The home run race heated up over the weekend as Bianka Bell hit her eighth to tie for second with Kellsi Kloss on a three-run bomb while Allison Falcon hit her seventh, although Jaquish hit her tenth in the series opener to maintain her lead in the group.

In the circle, Ashley Czechner had a solid week going 2-1, as she has racked up the strikeouts in her last few starts, as she has compiled eight or more in three of her last five outings.

Corbello, who was named as one of 25 finalists for the NFCA Division I National Freshman of the Year award last week, was dominant in her game two start against the Gamecocks, shutting down the opposition and holding them to just one run on two hits in the complete game victory to earn her 13th win on the season.

LSU is taking on South Alabama for the second time this season, although originally this was supposed the be the only meeting between the two teams before the Jaguars had an early season tournament cancelled and was looking for options, winding up in the Tiger Invitational for two games on the Saturday of the event. The Jaguars split their only two games, losing to Northwestern before defeating the Tigers 2-1.

The Tigers will likely go against one of the two Jaguar pitchers in Hannah Campbell and Farish Beard who both made the cut for the USA Softball Collegiate Player of the Year award when the top 50 watch list was cut down to just 25 last week. Campbell is 14-4 with a 0.85 ERA while Beard is 18-5 with a 0.99 ERA.