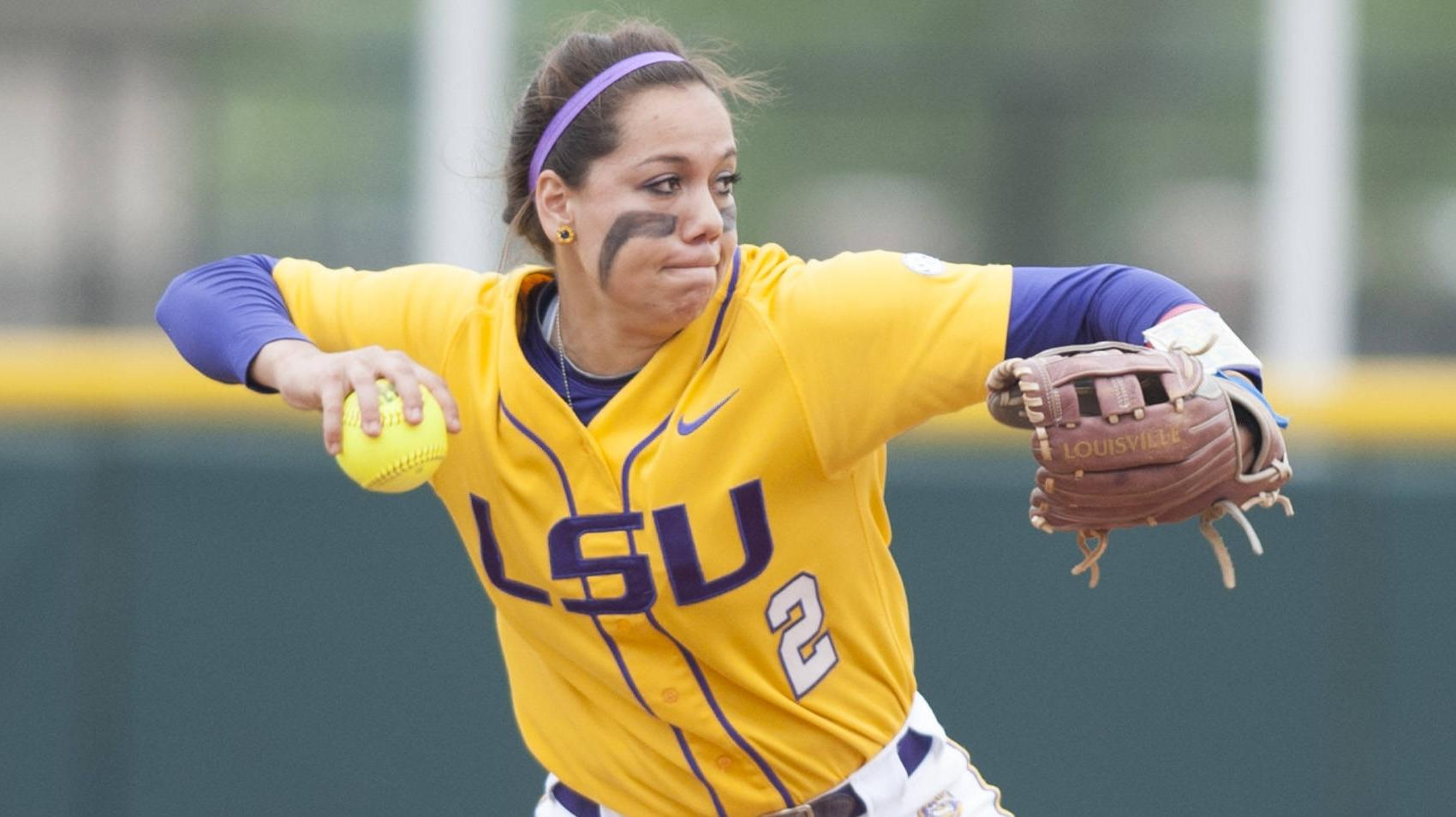 BIRMINGHAM, Ala. – LSU freshman infielder Sahvanna Jaquish has been named the Southeastern Conference Freshman of the Week the league announced today after helping lead the Tigers to three wins last week, including taking the team’s third consecutive conference series over the weekend.

Jaquish is now the fourth LSU player this season to be honored with one of the league’s weekly awards, and is the second this season to be named the freshman of the week after Baylee Corbello was the first to earn the award on the year. Allison Falcon was just named SEC Player of the Week on April 7, while Kelsee Selman was the pitcher of the week on March 3.

Missing two games after getting injured in the second game of the series against Georgia, the Highland, Calif., native returned to action in game two against Hofstra and exploded offensively to the tune of a .467 batting average, .529 on-base percentage and .867 slugging percentage in just four games during the week. She was 7-for-15 with three RBI and five runs scored, earning three extra-base hits as well.

in game two of the South Carolina series she became just the third player in team history to earn five hits in a single game as she finished a home run short of the cycle in the process going 5-for-5 with a double, first career triple, an RBI and three runs scored. She earned hit in six consecutive at-bats over the course of two games in the South Carolina series.

Jaquish hit her team-leading tenth home run of the season in the series opener against the Gamecocks and scored twice, while earning a hit in her first at-bat in game three. She is now the second consecutive freshman to earn double-digit home runs in her first season at LSU, following Bianka Bell who had 12 last season for the Tigers.