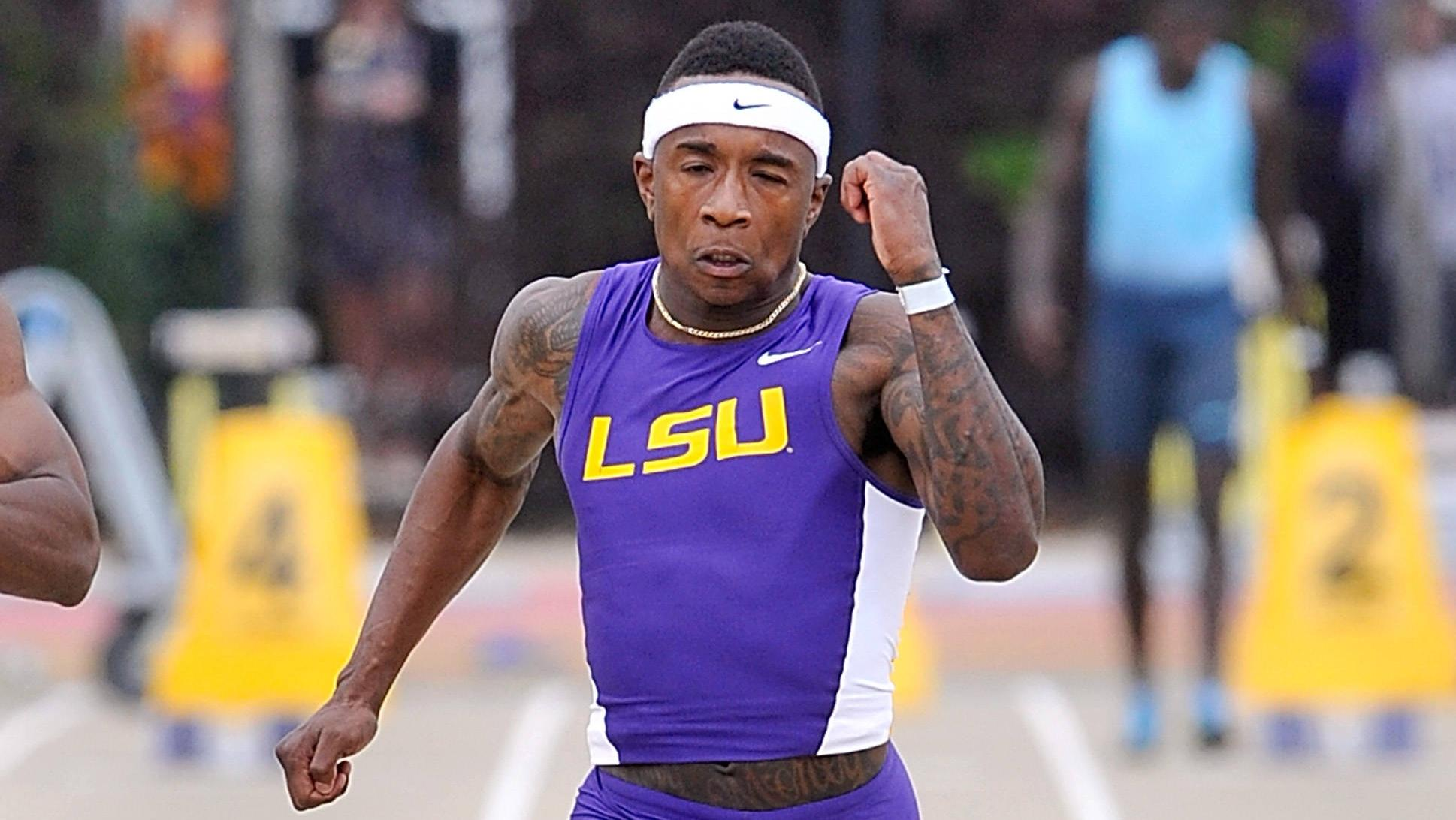 BATON ROUGE – The LSU Track & Field program welcomes an outstanding field of teams and athletes to Baton Rouge this weekend that includes eight Top 25 teams in the latest NCAA rankings when they play host to their annual LSU Alumni Gold meet at the Bernie Moore Track Stadium with Saturday’s afternoon session scheduled to begin at 1:30 p.m. CT.

The afternoon session of this year’s LSU Alumni Gold will begin following a special alumni recognition and opening ceremony at 1 p.m. and is set to run through the 4×400-meter relays at 4:25 p.m.

The morning session of Saturday’s LSU Alumni Gold meet is set to begin at 9 a.m. with the first field events of the day followed by the first “B” section finals on the track at 10 a.m.

The Lady Tigers are ranked No. 7 and the Tigers are ranked No. 10 nationally in the latest Top 25 power rankings released by the U.S. Track & Field and Cross Country Coaches Association. Other nationally-ranked teams making the trip to Baton Rouge this weekend include No. 4 Texas A&M, No. 17 Tennessee, No. 19 Arizona and No. 24 Illinois on the men’s side and No. 1 Texas A&M and No. 10 Arizona on the women’s side.

The LSU Alumni Gold attracts a world-class field year in and year out, and this year’s meet is no exception as many elite college and professional are ready to compete at the Bernie Moore Track Stadium on Saturday to headline the event. Not only will the LSU Track & Field teams feature eight athletes who rank among the NCAA’s Top 10 in their respective event this spring, but the competition features 11 former Tiger and Lady Tiger All-Americans who have combined for three Olympic medals, nine Olympic finals, 27 NCAA titles, 52 SEC titles and 85 All-America honors during their careers.

Junior NCAA title contender Rodney Brown is the top-ranked Tiger scheduled to compete as he enters the weekend as the NCAA’s No. 3-ranked discus thrower with a personal best of 206 feet, 5 inches this year.

The Tigers also feature the likes of freshman sprinter Tremayne Acy, who is the No. 9-ranked performer nationally under all conditions in the 100 meters with a seasonal-best wind-aided time of 10.20 seconds in 2014.

The Lady Tigers feature a host of All-America contenders of their own as senior Jasmin Stowers headlines the group as the NCAA’s No. 2-ranked performer in the 100-meter hurdles this spring. Stowers, who raced to a wind-legal seasonal best of 12.92 in her last appearance at Miami’s Hurricane Alumni Invitational last weekend, has run a top wind-aided time of 12.87 with her appearance at the Texas Relays last month.

Senior Denise Hinton headlines the field events as the NCAA’s No. 8-ranked hammer thrower with a school record of 209-6, while junior Tori Bliss is the No. 9-ranked shot putter with a best of 54-7 ½ this spring.

The competition features the most decorated Olympian in the history of LSU athletics – regardless of sport – as former Tiger sprint star Richard Thompson lines up in both the 100 meters and 200 meters on Saturday. A two-time Olympic silver medalist in the 100 meters and 4×100 relay in 2008 and Olympic bronze medalist in the 4×100 relay in 2012, Thompson has won more Olympic medals than any other athlete in school history.

The two most decorated Lady Tigers at the NCAA Championships in program history will square off in a loaded field in the women’s 100-meter dash as Kimberlyn Duncan and Muna Lee return to their former home as a pair of Lady Tiger greats now pursuing a professional career. Lee is a two-time Olympian for the United States who has qualified for three Olympic finals between the 100 meters and 200 meters during her career. Duncan is one of the world’s top young sprint stars as the reigning U.S. Outdoor champion and a World Championships semifinalist in the 200-meter dash.

There is not another more decorated athlete in the history of the LSU Track & Field program – male or female – in SEC and NCAA competition than both Duncan and Lee, as they are tied with one another for the school record with seven NCAA event titles and 12 SEC event titles while competing for the Lady Tigers.

Two-time Olympic finalist Lolo Jones will be Stowers’ top challenger in the 100 hurdles as Jones opens up in the event following an appearance for Team USA in the bobsled at the 2014 Winter Olympics in Sochi, Russia.

One former Lady Tiger national champion will compete for the first time outdoors this season after anchoring the United States to the gold medal in the 4×400-meter relay at the 2014 IAAF World Indoor Championships back in March as 400-meter hurdles specialist Cassandra Tate will line up in the women’s 200-meter dash on Saturday afternoon.

After playing host to this year’s LSU Alumni Gold meet on Saturday, the Tigers and Lady Tigers will make their annual trip to Philadelphia, Pa., next weekend to compete in the 120th running of the Penn Relay Carnival to run April 24-26 at Franklin Field at the University of Pennsylvania. They will then wrap up the 2014 regular season the following weekend when they compete against the likes of Florida, Miami, Ole Miss and Texas A&M in a five-team scored meet at the LSU Invitational being held on Saturday, May 3, at the Bernie Moore Track Stadium.