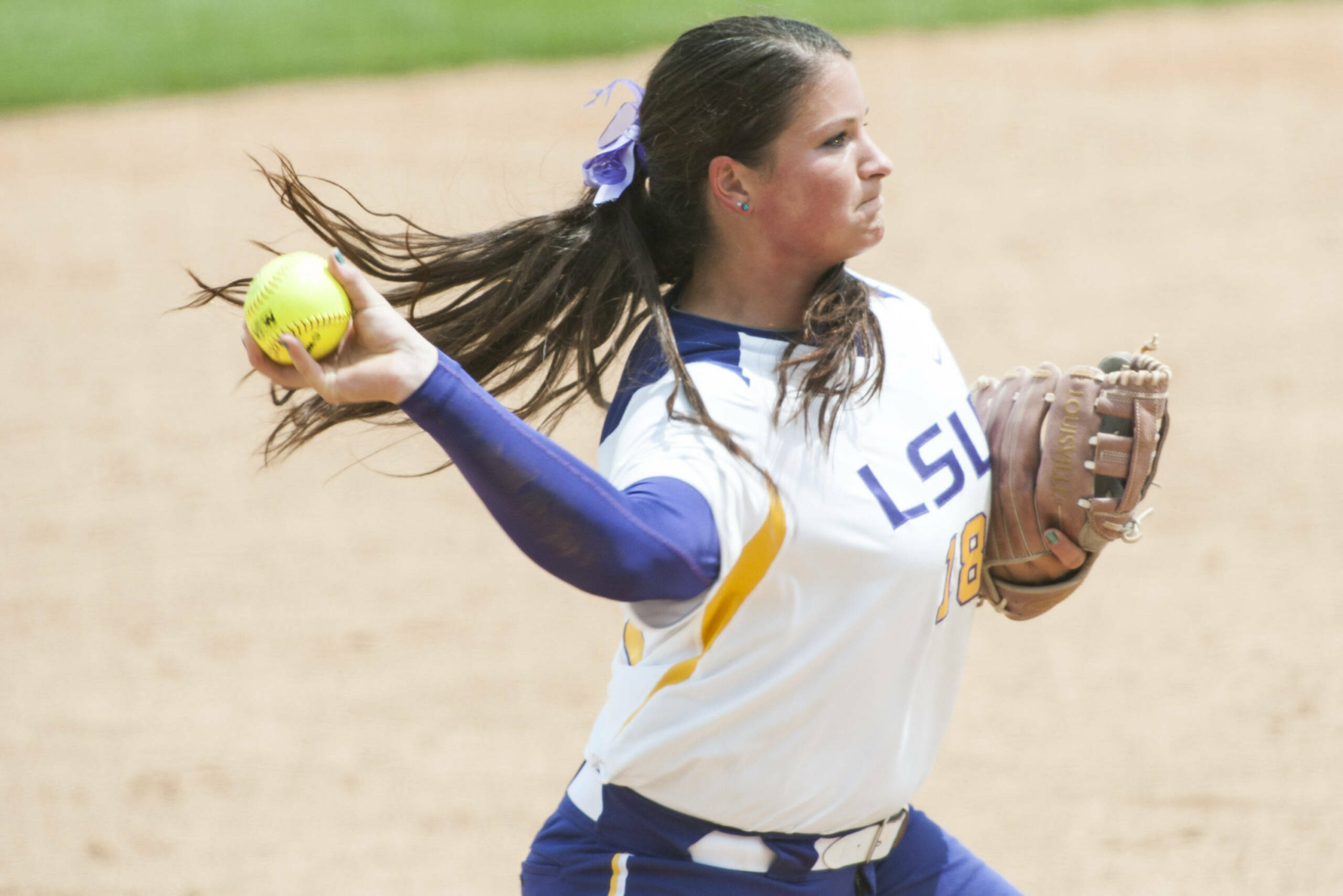 All three games can be heard live on the radio home of LSU softball on Talk 107.3 FM in Baton Rouge and in the Geaux Zone at LSUsports.net with Patrick Wright calling all of the action.

A link to a live stream provided by South Carolina for Friday and Sunday can also be found on the LSU schedule page, while Saturday’s game will be televised live on ESPNU at 3 p.m. and online through WatchESPN and the WatchESPN app.

At the end of March and sitting with a 2-7 record in the SEC after dropping three to Alabama on the road, the Tigers have battled back through the toughest schedule in the nation to earn two consecutive series wins over then-No. 2 Tennessee and No. 13 Georgia to maintain its hold for a conference tournament berth with just three weekends left to play.

At 25-19 overall and 6-9 in the league, LSU is tied with Auburn with identical league marks, while this weekend looms large for future spots as the Gamecocks are just two games ahead of LSU in the standings at 29-15 overall and 8-10 against conference competition.

The Purple and Gold are coming off of a doubleheader split against the Hofstra Pride on Wednesday in Hempstead, N.Y., taking the first game 5-2 in the afternoon slot while dropping the second game 5-3 in the nightcap. The Tigers will be looking to shore up its record on the road this week and next, as LSU is only 5-8 in road games this season with South Carolina this weekend and Ole Miss next week.

LSU outhit the Pride in each game of the doubleheader on Wednesday, finishing the day with a .271 average to that of Hofstra’s .226, but the difference in the two games came down to timely hitting and bringing in key runners at the right time to pull ahead when it counted most. Of LSU’s eight total runs on the day, four came in the first two innings while the other four came only in the fourth and sixth innings, while Hofstra scored all seven of theirs in the fourth, fifth and sixth.

In the first game, the Tigers jumped out to a 4-0 advantage after the first two innings of play, adding a fifth run in the sixth after Hofstra cut the lead in half in the inning before. In the follow up, the Tigers could never seem to pull ahead enough to get any distance between themselves and the Pride, as the home side came back to score each time LSU did. And after only leaving five runners on base in game one, the team left 12 in game two and could not convert on five Pride errors to produce more runs.

One of the players that produced in both games was sophomore first baseman Sandra Simmons. Simmons hit .500 in the two games, including becoming the second player this season to earn two doubles in a single contest in the loss to Hofstra. All of Simmons’ 10 multi-hit contests have had the California native earn two hits in a contest this season.

In a bit of a homecoming, senior Tammy Wray hit .333 going 2-for-6 with a double, two RBI and two runs scored, earning multiple hits for the second time in her last three and multiple RBI in those same amount of games.

After earning a season-high nine strikeouts in the opening win over Georgia last weekend, Ashley Czechner did one better in the first-game start by fanning 10 and allowing just two runs to earn her eighth win of the season in the complete-game effort, earning two strikeouts in each of the last four frames of the contest. Czechner will have the same feel as Wray did this week, as the Pawley’s Island, S.C., native will make her senior start in front of friends and family this weekend.

A.J. Andrews leads the team with a .359 batting average, as in the first game she earned her team-high tying fourth triple of the season and followed that up with her sixth double of the year on a 2-for-4 night with two RBI and a run scored. Allison Falcon hit her seventh home run of the season in the second game, which is now tied for third along with Bianka Bell.

The Tigers have won 15 of the last 16 meetings against the Gamecocks, winning the season series last year two games to one at Tiger Park in Baton Rouge. South Carolina is 21-3 at home this season, looking to play host, and play in, the conference tournament that will be held at the Carolina Softball Stadium next month.