Corbello Finalist For National Freshman of the Year 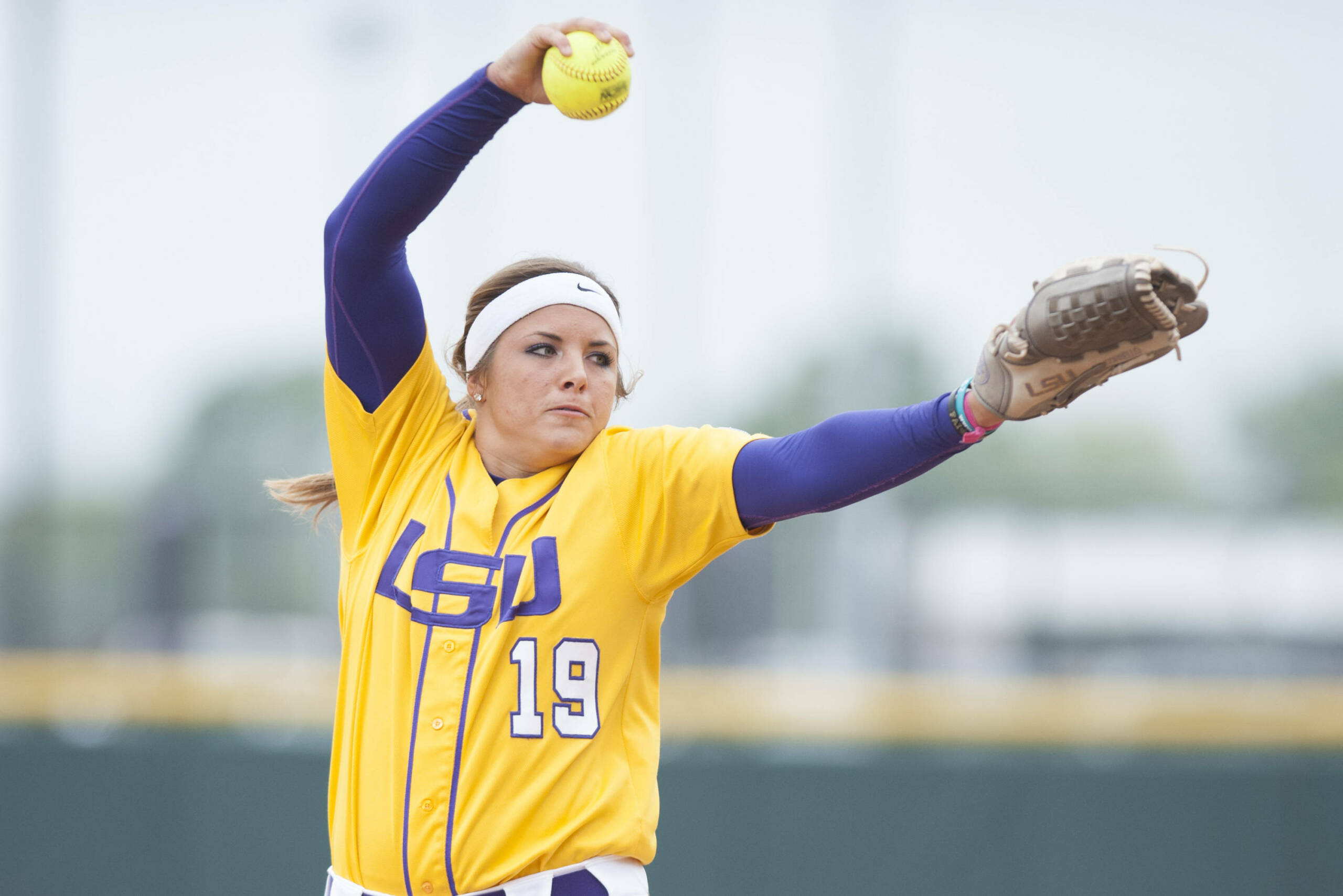 LOUISVILLE, Ky. – LSU pitcher Baylee Corbello has been selected as one of 25 finalists for the inaugural National Fastpitch Coaches Association Division I National Freshman of the Year Award the organization announced today.

Representing 11 different conferences, Corbello is one of six nominees to make the cut from the Southeastern Conference, which is tied for the most along with the Pac 12. The Lake Charles, La., native is also one of nine pitchers on the list, which will be whittled down to 10 on May 8 and then the final three on May 22 as the winner will be announced during a live ceremony prior to the start of the Women’s College World Series in Oklahoma City.

Coming to LSU after twice being named the Louisiana Gatorade Player of the Year at Sam Houston State High School, Corbello has burst on to the scene in her very first year of collegiate action and has earned a 12-7 overall record in the circle for the Tigers with a 2.85 earned run average and 137 strikeouts in 132.2 innings pitched.

Just this season alone she has 15 complete-game outings and 10 complete-game victories, including being named the first SEC Freshman of the Week and the LSWA Pitcher of the Month for the start of the season. Corbello has given up a run or less in 11 games this season and has held teams to two hits or fewer in eight games.

Early in the season Corbello carried a no-hitter into the sixth inning against Oklahoma State, as she finished the game striking out 13 batters which is tied for third-most by a freshman pitcher in team history. She also became the fourth freshman hurler to earn double-digit strikeouts in their first start at LSU, fanning 10 Minnesota batters and retiring 21 of the last 23 in a 1-0 loss to Minnesota.

Corbello is currently fourth in the SEC in strikeouts, sixth in innings pitched and in the top 15 in opposing batting average.