Softball to Open Trip at Fordham; Game Moved Up 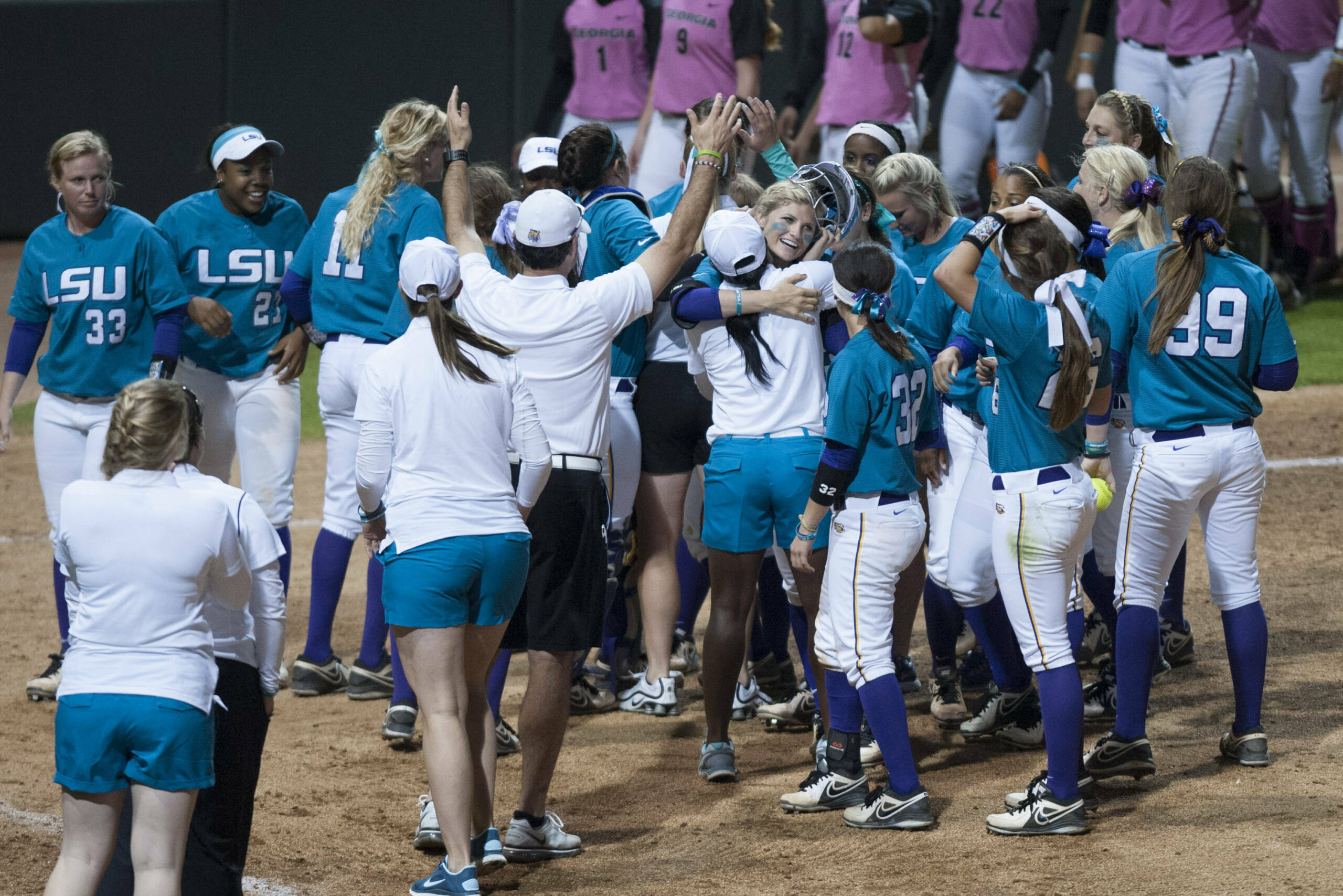 BATON ROUGE, La. – The LSU softball team opens a run of six games in six days on Tuesday and Wednesday, traveling to the Empire State to take on the Fordham Rams and Hofstra Pride in midweek action.

The Tigers square off with the Rams on Tuesday at noon CT (originally scheduled for 4 p.m. CT), while playing two games against the Pride on Wednesday, with just two non-conference games remaining on the schedule in the 2014 season after this week. Live stats and audio can be found on the softball schedule page at LSUsports.net. LSU will remain on the road and head to South Carolina for a key SEC series this weekend.

In another series the team needed to have against a highly ranked opponent, the Tigers improved to 24-18 on the season and 6-9 in the Southeastern Conference after taking two of three against top 15-ranked Georgia over the weekend at Tiger Park in Baton Rouge. After suffering a tough loss to McNeese State and dropping the opener, LSU earned a hard-fought walk-off win over the Bulldogs in game 2, 5-4, and claimed the finale with a comeback, 13-11 win on Sunday to win its first series over UGA since 2010 and snapping a four-game losing streak to the Bulldogs.

LSU is now it a tie with Auburn in the league standings heading into this week, and two games back of the Gamecocks as the two sides will clash this weekend at the site of this year’s SEC tournament in Columbia next month.

The 13 runs scored against the Bulldogs in the series finale is a conference season high for the team this season, as the 13 hits were the most and the fourth time the squad has earned double-digit hits in league play this season. In SEC games this season, LSU is a combined 5-2 whenever scoring anywhere from three to nine runs, as opposed to being 0-7 when scoring two runs or less. Although it was the first win when scoring double-digit runs, LSU is 8-0 on the year when scoring at least that many in a game.

Although the team hit just .265 as a group in their four games last week, the squad still got some solid individual performances paced by senior third baseman Tammy Wray.

Wray hit .500 last week, going 5-for-10 with two RBI and two runs scored in one of her best stretch of games on the season, including finishing the Georgia series going 3-for-3 with a double as she had an on-base percentage of .583 and slugged.600.

Kellsi Kloss was right behind and on Sunday alone had a monster day as well, as she hit .444 with two doubles, a home run, four RBI and four runs scored and slugged 1.000 with only one strikeout in nine plate appearances. On Sunday, Kloss finished a triple shy of the cycle as she was 3-for-3 and drove in four RBI for the second time on the season.

Bringing the fireworks on Saturday in the thrilling win first came in the form of Constance Quinn who hit the game-tying three-run home run in the bottom of the sixth, as she hit .429 in three games and drove in four as the three on Saturday was a new career high. On Sunday she earned her first multiple hit game going 2-for-3 with an RBI and two runs scored.

The game decider came in the eight from the bat of Jacee Blades, who laced her second triple of the season down the right field line for the walk-off hit to clinch the win. Blades is now hitting .322 on the season which is tied for second on the squad.

The honors on Sunday went to junior Kailey McCasland, who ripped a single through the right side scoring the game-winning runs in the bottom of the sixth that propelled LSU to the 13-11 comeback win in her only at bat of the game. Dylan Supak also earned her first hit and RBI of the season in the game as well, as the Tigers eventually overcame multiple one-run or larger deficits.

Baylee Corbello and Kelsee Selman earned the wins on the weekend, as Corbello weathered two home runs and a game-tying hit to pitch all eight innings to improve to 12-6 on Saturday, while Selman earned her fifth win of the year by getting the final two outs in the top of the sixth on Sunday.

The Tigers are 4-0 all-time against Fordham and Hofstra all-time, as the Rams enter the game on Tuesday 25-16 on the year and winners of their last seven overall after taking two from Binghamton over the weekend. The Pride are receiving votes in the NFCA poll at 22-10 on the season, taking two of three against the College of Charleston.