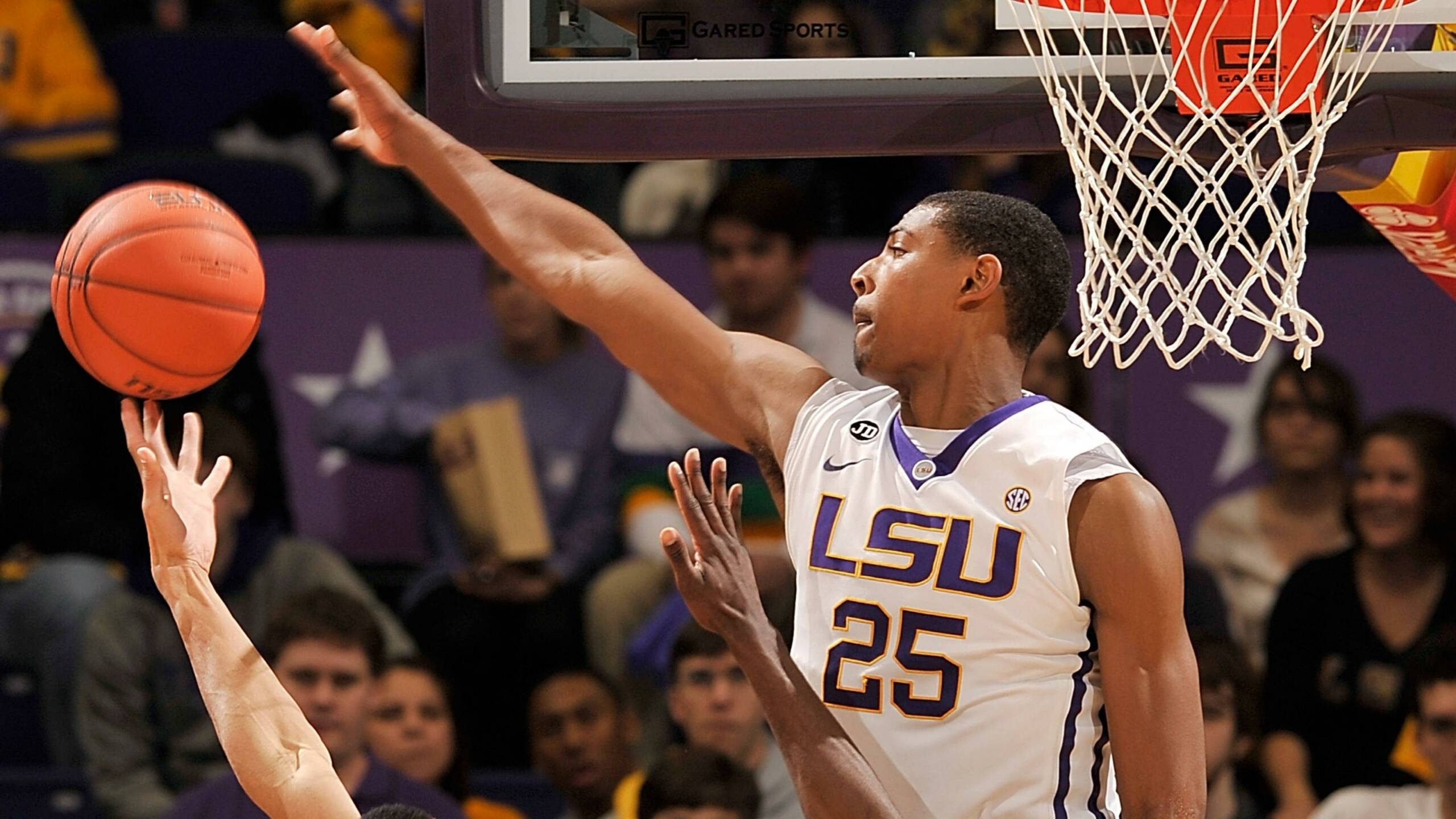 Mickey, a second-team selection, was the state’s overwhelming choice for Freshman of the Year honors after averaging 12.8 points, 7.9 rebounds and 3.1 blocks per game for the Tigers. The Dallas, Texas, native became the first LSU player to block 100 shots in a season since Shaquille O’Neal (1990-92) while being named to the SEC All-Defensive team and earning second-team All-SEC honors. On the season, Mickey finished second in the SEC in field goal percentage and was fourth in rebounds. He posted nine double-doubles on the season and had 10 games with five or more blocks, highlighted by a seven-block performance against Ole Miss.

After helping lead the Louisiana-Lafayette Ragin’ Cajuns to the Sun Belt Conference championship and its first berth to the NCAA Championships since 2005, Elfrid Payton was selected as the LSWA Player of the Year in the vote by a panel of statewide media members and sports information directors.

Payton’s honor was one of two for the Ragin’ Cajuns as head coach Bob Marlin, the architect behind one of the top turnarounds in college basketball in 2013-14, was named the state’s Coach of the Year. Will Nelson of LSU-Shreveport was selected as the Newcomer of the Year.

The award as the state’s top player was one of many for Payton, the Gretna, La., native who helped lead Team USA to the gold medal at the FIBA U19 World Championships last summer and was named last week as the Lefty Driesell National Defensive Player of the Year. On the season, Payton averaged 19.1 points, 5.9 rebounds, 6.0 assists and 2.3 steals, finishing second in the Sun Belt Conference in scoring and leading the league in assists and steals. He earned first-team all-Sun Belt Conference honors, was named the league’s Defensive Player of the Year and was one of 10 players in Division I to record a triple-double after scoring 34 points with 11 rebounds and 11 assists in an early-season contest at ULM.

Marlin, in his fourth season, was named Coach of the Year after guiding the Ragin’ Cajuns to the third-largest turnaround in school history and the 10th-best among 353 NCAA Division I teams in 2013-14. After posting a 13-20 record in 2012-13, Marlin led the Cajuns to a 23-12 mark and the school’s first appearance in the NCAA Championships since 2005. After entering the month of February with a 12-9 record, the Ragin’ Cajuns won 11 of their final 13 games under Marlin’s watch, which included four one-point decisions. The 23 wins by the Cajuns, which equaled the 1983-84 team that advanced to the NIT Final Four under Bobby Paschal, were the most in a single-season since posting a 25-9 mark in 1999-2000.

Nelson, a Port Allen native, earned Newcomer of the Year honors after shining in his lone season with the Pilots. The transfer from Texas A&M-Corpus Christi averaged 22.7 points and 9.7 rebounds per game for LSU-S and was fourth among NAIA players with 16 double-doubles. The NAIA honorable mention All-American scored 50 points in a game for the Pilots and scored 30 or more points on five different occasions during the season.