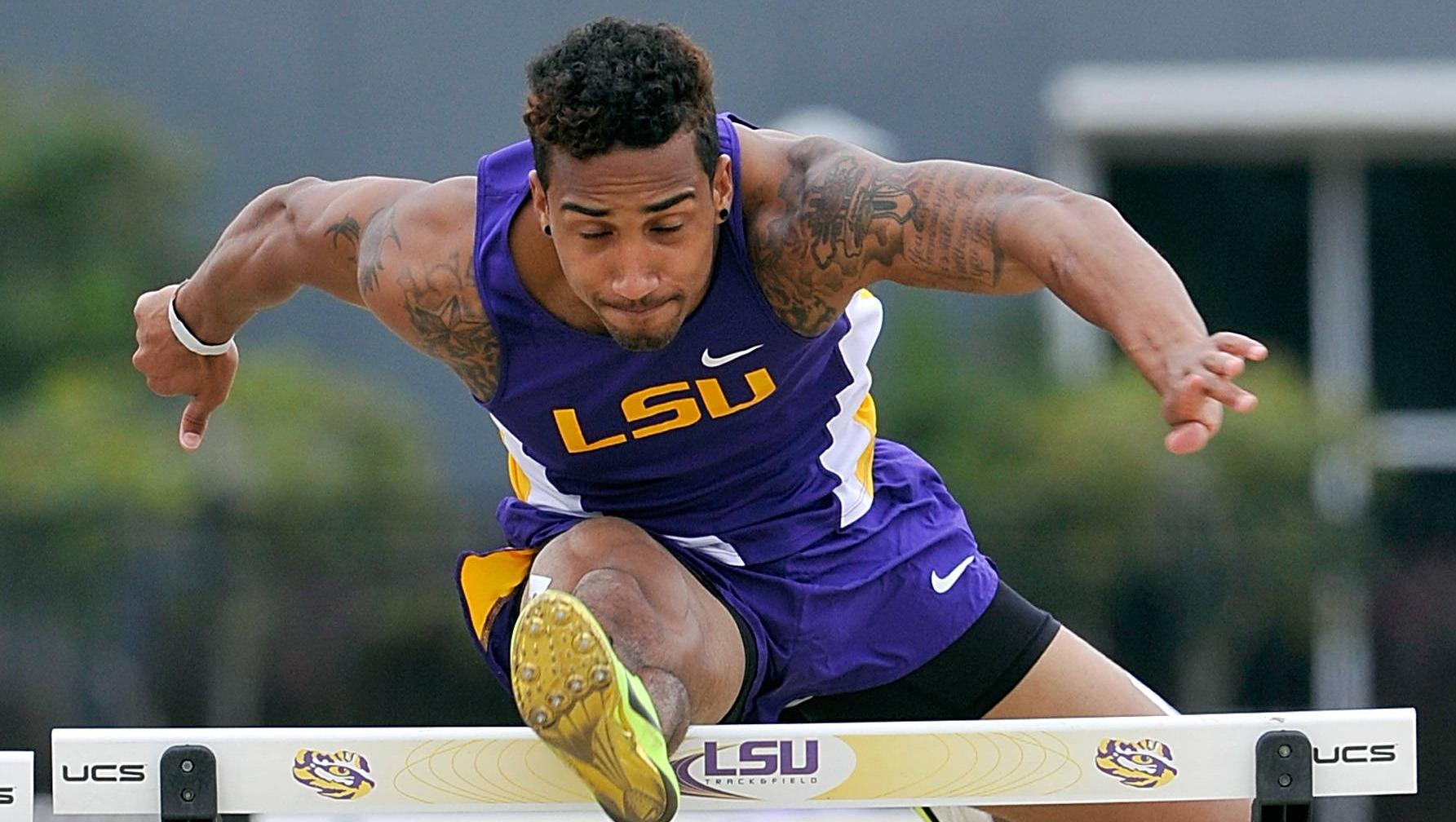 BATON ROUGE – The LSU Track & Field teams will make the trip to Coral Gables, Fla., this weekend to compete at the 2014 Hurricane Alumni Invitational being held Saturday afternoon at Cobb Stadium on the campus of the University of Miami as they look to build momentum as they near the midway point of their regular season outdoors.

The Tigers and Lady Tigers return to the University of Miami for the first time in three years when they competed at the Hurricane Alumni Invitational in back-to-back seasons in 2010 and 2011.

Saturday’s morning session kicks off at 9 a.m. CDT with the first field events of the day followed by the afternoon session that is set to start at 2 p.m. with the first track finals of the competition. Half-Mile Timing will be providing live results of this year’s Hurricane Alumni Invitational as fans can follow the Tigers and Lady Tigers throughout the meet at http://www.halfmiletiming.com/.

The LSU Track & Field teams have both climbed up the national rankings after sweeping men’s and women’s team titles at the fourth-annual “Battle on the Bayou” at the Bernie Moore Track Stadium last Saturday with the Lady Tigers moving up two spots to No. 6 and the Tigers moving up one spot to No. 7 in the latest Top 25 power rankings released by the U.S. Track & Field and Cross Country Coaches Association on Tuesday.

Each of LSU’s two reigning SEC Athletes of the Week will highlight the action on Saturday as senior Denise Hinton competes in the hammer throw and freshman Jada Martin lines up in the 200-meter dash at Miami.

Hinton made history in her last appearance for the Lady Tigers as she smashed LSU’s school record in the women’s hammer throw at the “Battle on the Bayou” last weekend when she unleashed a personal best throw of 209 feet, 6 inches to crack the Top 10 of the NCAA rankings at No. 6 nationally for 2014. Hinton, who is also the No. 1-ranked hammer thrower in the SEC for the 2014 outdoor season with her PR of 209-6, broke LSU’s 10-year-old school record of 205-11 previously set by former All-American Britney Henry in 2004.

Martin set the pace on the track while setting wind-legal personal bests in both sprint races at the “Battle on the Bayou” as she clocked a winning time of 11.35 (+1.5) in the 100 meters and a third-place clocking of 23.19 (+0.2) as the top collegian in the 200 meters last weekend. With her performance, Martin emerged as the NCAA’s No. 8-ranked sprinter in both events for the 2014 outdoor season.

Saturday’s action could also be highlighted by the season debut of the Tigers’ strongest 4×100-meter relay team as junior Aaron Ernest and sophomore Nethaneel Mitchell-Blake are both returning to health following a 2014 indoor season that was plagued by injuries at various stages. Ernest and Mitchell-Blake each ran a leg with LSU’s 4×400-meter relay teams last weekend after not appearing since the SEC Indoor Championships.

The Tigers ran their first sprint relay of the season at the “Battle on the Bayou” as the team of junior Joshua Thompson, senior Shermund Allsop, freshman Tremayne Acy and junior Trevor Sansone ran 39.94.

After competing at Miami’s Hurricane Alumni Invitational on Saturday, the Tigers and Lady Tigers will return home next weekend to host this year’s LSU Alumni Gold meet at the Bernie Moore Track Stadium on April 19 for their second home meet of the 2014 outdoor season. They will then wrap up the month of April with their annual trip to Philadelphia, Pa., for the 120th running of the Penn Relay Carnival being held for April 24-26 at historic Franklin Field at the University of Pennsylvania.