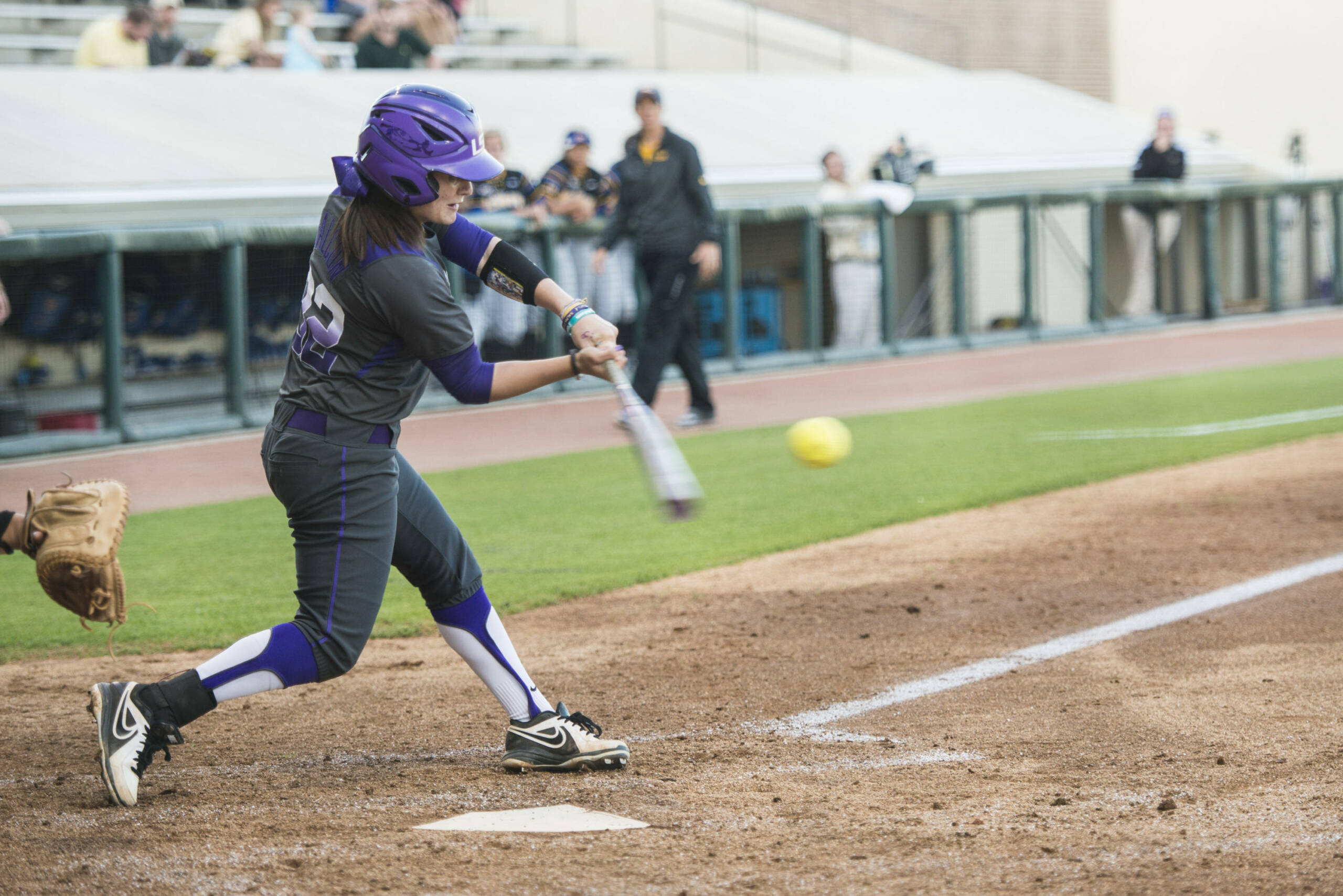 BATON ROUGE, La. – The LSU Tiger softball team closes out a seven-game stretch of home contests this weekend, taking on SEC-foe Georgia for a three-game series at Tiger Park in Baton Rouge at 6 p.m., 6 p.m. and noon this Friday-Sunday.

All three games of the series can be heard on the radio home of LSU softball on ESPN 104.5/104.9 FM in Baton Rouge with Patrick Wright and Matt Dunaway. Audio and video of the series can be found in the Geaux Zone on Friday and Sunday, with audio only on Saturday as game two of the series will be televised live on CSS and CST with Lyn Rollins and former LSU All-American Brittany Mack.

Game one on Friday is also Girl Scout Night, with the postgame activity being a run around the bases on the field and talk with various members of the team and coaching staff.

The main event of the weekend happens Saturday as the team will host the third-annual “Strikeout Ovarian Cancer” where prior to the start of the contest, there will be a pregame ceremony honoring the survivors and those lost to ovarian and other GYN cancers down on the field before lineups are introduced.

The Tigers will wear commemorative teal jerseys in the game and the first 2,000 fans that enter the stadium will receive teal pom-poms, putting a bow on a day of events as the second-annual “Geaux Teal Ovarian Cancer Walk” will be held earlier that morning beginning at Tiger Park, that runs through the LSU Campus to raise funds for local women affected by the disease.

“It is such a cool game because you have the survivors or the family members who have lost loved ones to cancer come out, and it’s a chance for us to honor these women that don’t have a place to be honored,” head softball coach Beth Torina said. “Not only are we making people aware, but we’re able to honor these really strong and wonderful women on the field before the game.”

Sunday’s finale is also Beach Day, as the first 750 fans through the gates will receive spray sun screen bottles. It’s also Dad’s and Daughter’s day, as following the game, parents and their children will be able to have a run around the bases and receive a talk from the players and coaches.

Coming off of a big weekend where the Tigers were able to break out of an offensive slump, LSU was stung again by untimely hitting in falling to the McNeese State Cowgirls 2-1 on Wednesday, dropping the team to 22-17 on the season. LSU scored one run on five hits and left seven runners stranded on base, while the Cowgirls mustered only four, but got the hit that they needed most in the top of the seventh to plate the winning run and snap a seven-game winning streak for LSU over McNeese.

LSU struck first to take a 1-0 lead, but was unable to hold on for the victory as McNeese got a run in the fifth to tie it up and again in the final frame, as the team is now 1-3 when a game is tied after six complete innings. LSU is just 3-9 in games decided by a single run, 2-14 when scoring two runs or less and 5-7 when earning five or fewer hits in a contest, matching that number in each of the last three games overall.

Including Wednesday’s game, the tilt against McNeese was the 23rd game this season against opponents in the top 50 of the RPI, as LSU touted the second-toughest schedule in the country. The three against Georgia will be the third this year against a team that is in the top five as the Bulldogs are second in the RPI in the latest rankings.

The only Tiger to earn multiple hits on Wednesday was senior outfielder Jacee Blades, who went 2-for-4 with a run scored in her third multi-hit game in the last five overall. Now hitting .333 on the season, Blades had 10 multi-hit games this year and is second on the team with 37 total hits.

Kellsi Kloss’ only hit against the Cowgirls was also her sixth double of the season, putting her in sole possession of second place on the team in two-baggers, and has 13 extra-base hits on the season.

A.J. Andrews leads LSU at the plate with a .370 batting average with a team-leading 47 hits, as she is batting .380 in SEC games in the leadoff batter position in all 38 games this season as a whole.

Nearly knocking one out of the park for the 10th time this season, Sahvanna Jaquish had a hit against the Cowgirls that nearly left the park and is averaging .277 at the plate and leading the club with 31 RBI as she has only struck out 10 times this season.

Although she fell to 11-6 in the circle, Baylee Corbello sports a 2.48 earned run average with 125 strikeouts and .189 opponent batting average. Ashley Czechner has pitched well against league competition, as she only allowed three earned runs last weekend earning a win and a save over Tennessee.

The Georgia Bulldogs come to Tiger Park ranked 13th in one poll and 17th in the other at 34-6 and 8-4 in the SEC. UGA has the fourth-most potent offense in the conference with a .319 batting average and is tied for first with 56 total team home runs.

“They are hands-down the most powerful offense in the SEC,” Torina said. “They are really dangerous with the bat, and one through nine they can hit, and hit for power.”

Alex Hugo has hit 16 home runs to lead the Bulldogs and has 43 RBI on the year, followed by Kaylee Puailoa and her .365 average and 12 doubles and Paige Wilson and her .361 average and 48 total hits.

In the circle, UGA has a 1.81 team ERA which is second only to league-leading Alabama. Chelsea Wilkinson is second in total wins with 20, having 139.0 innings pitched and 182 strikeouts.

LSU lost all three games to Georgia last season, having dropped 10 of the last 11 to the Bulldogs even as the Tigers lead the overall series against UGA 29-23. LSU is 15-7 against Georgia in Baton Rouge.