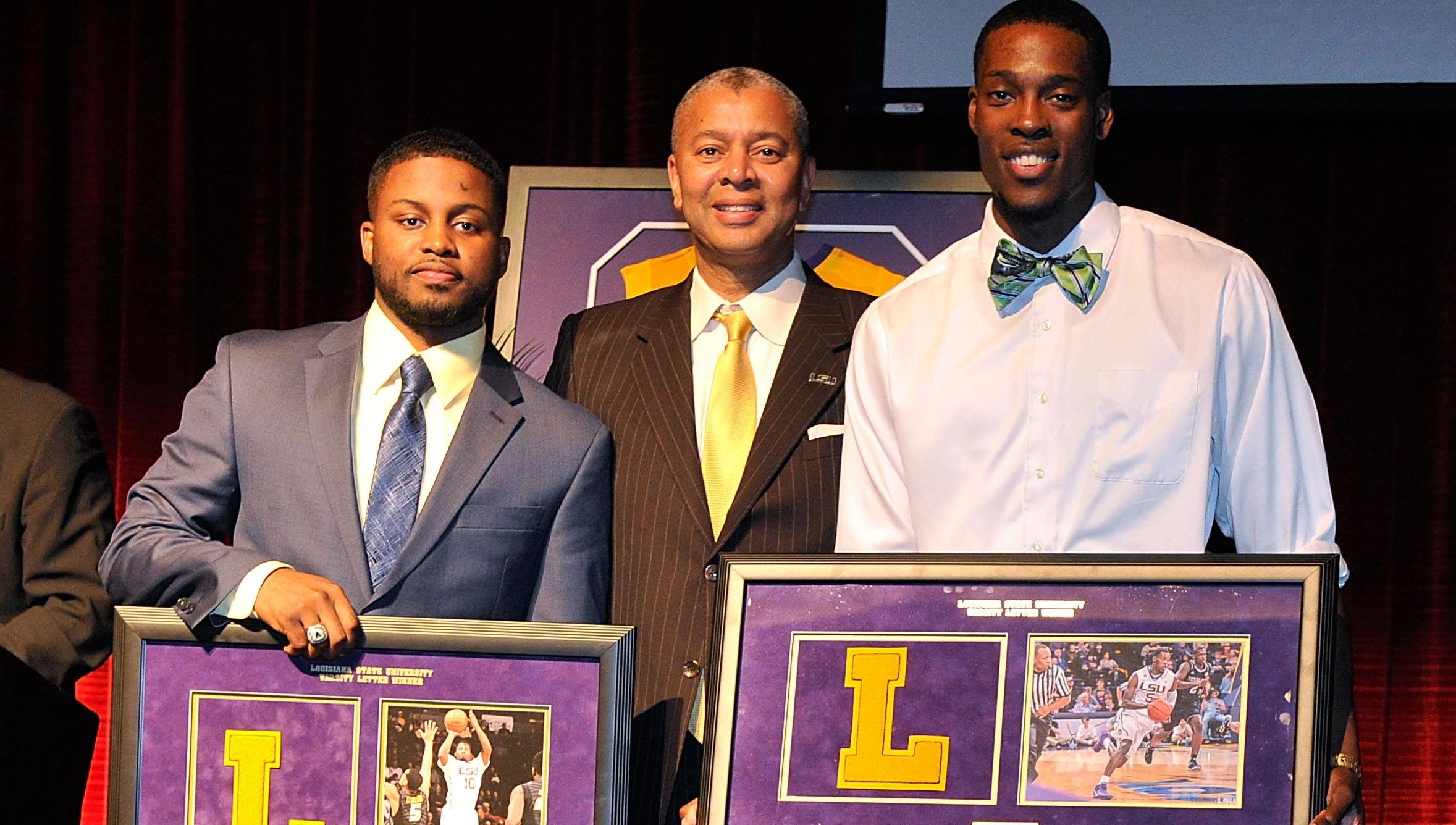 The LSU men’s basketball team held its annual team banquet on Wednesday night at the L’Auberge resort to cap off the 2013-14 basketball season.

LSU won 20 games and returned to post-season play for the first time since 2009 with its quarterfinal round finish in the NIT. The 20 wins (the 20th time in the 106-year history of the program for the team to win 20 games) marked the first for Johnny Jones as the Coach of the Tigers, but it was the ninth time Jones has been part of a 20-win team at LSU, including his time as both a player and an assistant coach.

The following awards were presented at the event:

Finally, the Dale Brown Award was presented by Coach Jones and Coach Brown to senior Shavon Coleman for the qualities that make the game of college basketball game and the epitome of a team player. Brown was making his first local appearance since returning from the NCAA Final Four last weekend where he was honored for his upcoming induction into the College Basketball Hall of Fame.

Seniors Coleman (Thibodaux, La.) and Stringer (Jackson, Miss.) were presented their framed jerseys with pictures in honor of their final seasons at LSU.

“It’s special when you see someone talking about coming home and putting that LSU jersey on. I can tell you Shavon Coleman put that jersey on with pride. He is the hardest working individual that I’ve ever been around when you talk about practice and translating it to the game,” Coach Jones told the audience. “I’m hoping we can find another warrior like Shavon Coleman.”

“(Andre Stringer) played two years for us and he made a huge impact for us every year. Here is a guy you don’t take a measuring tape and go head to toe. You certainly have to put it around his heart. He did not care whether you were 6-7, 6-8, 5-8, 5-9, whatever it was, he was going to compete with you. I can tell you whenever his number was called, he was ready to play. He had some big nights.”

The final Southeastern Conference statistics are out and LSU had people in several top 10 marks in the various categories this year:

Not only did Jordan Mickey become just the second player to top 100 blocks in a season at LSU (joining Shaquille O’Neal), but he became the third LSU player to lead the league in blocks average for a season. In face all three did it during their freshman season, although one did do it all three years at LSU.