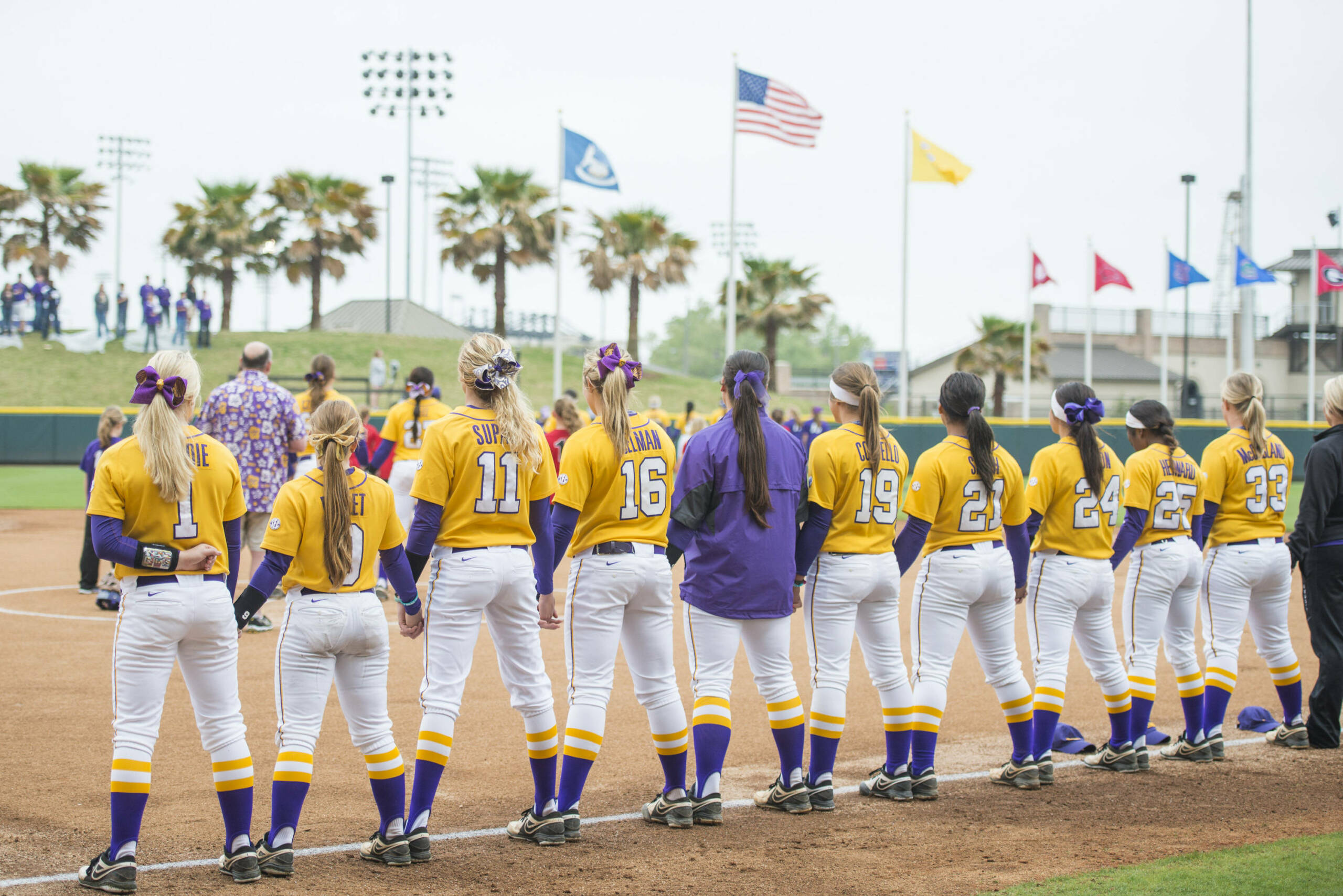 BATON ROUGE, La. – After earning its first series win of the season over the weekend, the LSU softball team returns to action on Wednesday evening hosting the McNeese State Cowgirls at 6 p.m. at Tiger Park in Baton Rouge.

Wednesday’s game will be carried live on the radio home of Tiger softball on ESPN 104.5 and 104.9 FM in Baton Rouge with Patrick Wright and Matt Dunaway, with audio and video provided in the Geaux Zone on LSUsports.net/live.

LSU heads into its second week of home action with a tough matchup against the Cowgirls, continuing the Tigers’ gauntlet schedule of opponents since the second half of the season began last month, as the team closes out the seven-game home stand later this week when Georgia makes its way to Baton Rouge for a three-game weekend series.

“Last week we saw the best pitching we’ve seen all year, and now this week I think we’ll see some of the best offenses we’ve seen up until this point,” head coach Beth Torina said. “Both of the teams we have coming in have the total package, and we are preparing for both the same way.”

The Tigers got a much needed boost of confidence over the weekend, earning their first Southeastern Conference series win of the season after taking two of three from then, No. 2-ranked Tennessee last weekend to improve to 22-16 and 4-8 in SEC play. Those two wins helped move the team into tenth place in the league standings, which would qualify for the conference tournament if the season ended today.

LSU gave top pitcher Ellen Renfroe her first and second losses of the season last Friday and Saturday, as the Tigers are 14-8 at home during the year and 3-3 in Tiger Park against league competition. In game two alone, LSU set a conference season high with runs scored, earning eight total and finished the week outscoring its opponents 29-18 on 27 total hits.

Leading the charge at the plate was senior infielder Allison Falcon, who finished the week with a team-high batting average of .750 in four games to earn SEC and LSWA Player of the Week honors after going 6-for-8 with four RBI and four runs scored. She became the first player since Anissa Young in 2011 to earn the league’s weekly honor, as her .800 on-base percentage and 1.125 slugging percentage earned her the second LSWA award in her career.

Another solid week came from senior outfielder Jacee Blades, who finished with a .500 batting average after garnering five hits with an RBI, three runs scored and a stolen base in four starts.

The weekend might have been different if not for the late-game heroics of Friday night, as Bianka Bell’s walk-off, game-winning three-run home run in the bottom of the seventh helped push the Tigers to the 7-4 win over the Lady Vols in game one. For Bell it was her seventh home run of the season which puts her in a tie for second place on the team and was the sixth go-ahead home run of the year for LSU.

A.J. Andrews still leads the team with a .382 average, as she helped kick-start LSU’s sixth comeback win of the season in that inning with her second hit of the night, this after hitting her first home run of the season in a three-run jack that helped give LSU the lead back in the bottom of the second inning for her second three-RBI game of the season.

It’s not uncommon for a pitcher to see action in all three games in a series, but it’s another story if a pitcher earned all three possible outcomes as Ashley Czechner did in opening the series with a victory, grabbing the save in game two and taking the loss on Sunday. Still, Czechner allowed just three earned runs combined and had a 1.75 earned run average in 12.0 innings of work.

Baylee Corbello earned her 11th win of the season and has 117 strikeouts on the year after getting the start on Saturday, as the staff as a whole had an ERA of 2.82.

Already holding the second-toughest schedule in the nation as of this week’s RPI, the Tigers won’t get a night off from the current Southland Conference leaders in McNeese who are 9-1 in its last 10 and currently on a six-game winning streak after sweeping common opponent Central Arkansas over the weekend. The Cowgirls are 35th in the RPI and have already knocked off ranked giants in UAB, Texas A&M and Alabama earlier this season, with the latter both being ranked in the top 10 at the time.

“McNeese does some fantastic things offensively,” Torina said. “As a whole, they are really good in every category. They pitch well, swing well and defend well and are going to be very solid.”

Alanna DiVittorio leads the Cowgirls with a .407 batting average, while Lauren Langner has 47 total hits and 17 RBI. Ashley Modzelewski brings the power with her 11 home runs, accounting for half of the team’s total, and team-leading 38 RBI.

The pitching staff is led by SLC and LSWA Pitcher of the Week Jamie Allred, who sports a 16-5 overall record and 1.71 ERA with 136 strikeouts in 139.1 innings pitched. Rachel Smith has the team’s lowest ERA at 1.37, with three shutouts and a 6-2 record.

LSU has won each of the last seven meetings against the Cowgirls, including last year’s 7-1 win in Lake Charles on April 17. The Tigers hold a 25-2 advantage in all-time meetings, with a 17-1 edge in games held at Tiger Park.