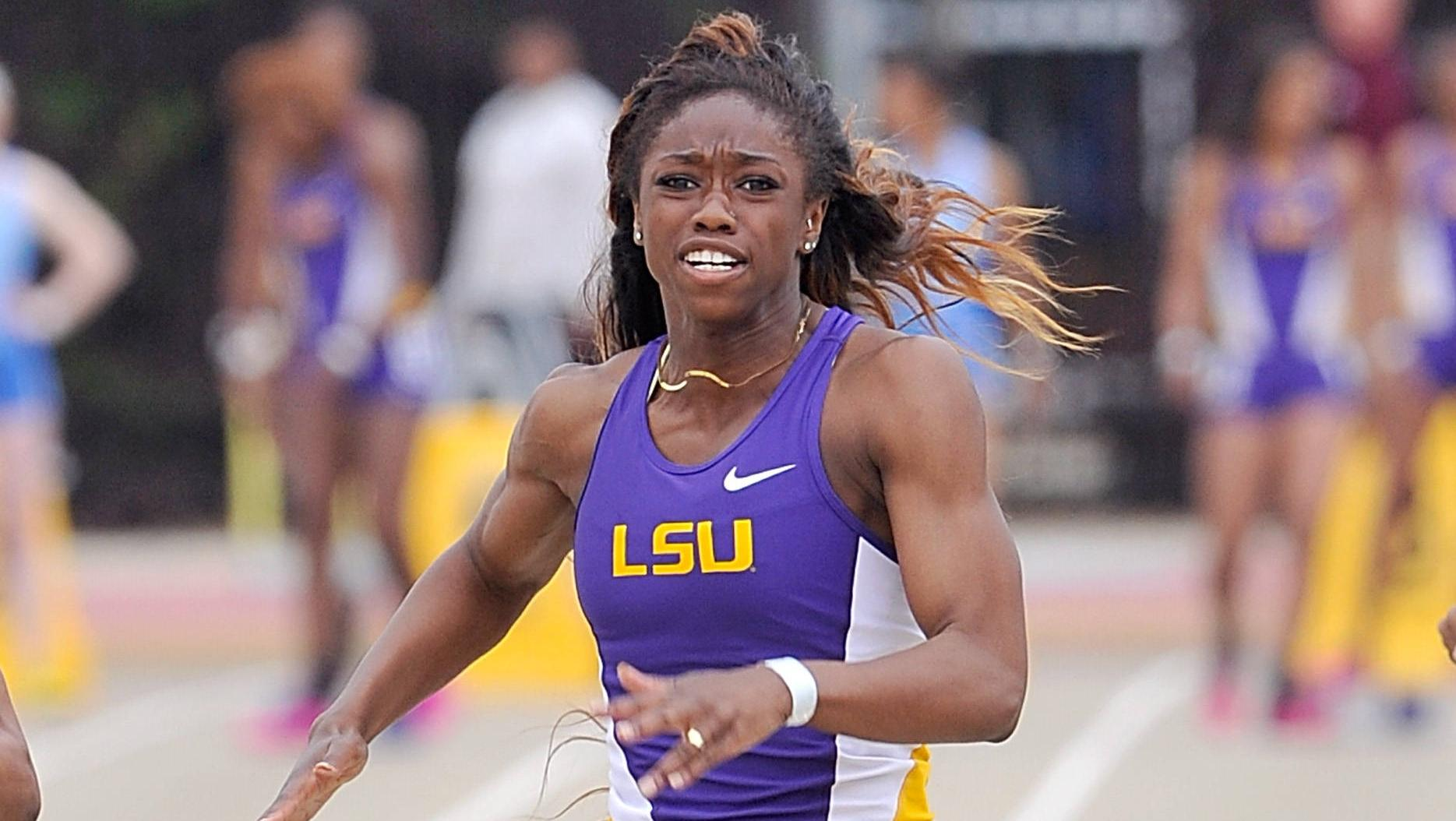 BATON ROUGE – Two Lady Tigers have been honored by the Southeastern Conference office for their performance at the fourth-annual “Battle on the Bayou” on Saturday afternoon as senior hammer thrower Denise Hinton and freshman sprinter Jada Martin were named SEC Athletes of the Week in the wake of their personal-best performances.

Hinton made history with her victory in the women’s hammer throw as she took down LSU’s 10-year-old school record in the event with a winning mark of 209 feet, 6 inches on her third attempt.

Hinton, who entered the meet with a previous personal best of 202-0 set in a runner-up finish at the SEC Outdoor Championships a year ago, raised her PR by more than seven feet while smashing former All-American Britney Henry’s school record of 205-11 that had stood since the 2004 season. Hinton actually had three throws in her series that were better than her previous personal best as she also threw 204-1 in the second round and 202-4 in the fifth round along with her top mark of 209-6 in the third round for a new school record.

That performance moved Hinton into the No. 1 spot in the SEC rankings and the No. 6 spot in the NCAA rankings among hammer throwers for the 2014 outdoor season.

Martin emerged from the “Battle on the Bayou” as the top freshman sprinter in the country after setting a pair of wind-legal personal bests of 11.35 seconds to win the 100-meter dash and 23.19 to end in third place as the top collegian in the 200-meter dash during the meet held at LSU’s Bernie Moore Track Stadium.

Martin was the top collegian in the field as she trailed only LSU’s former national champion Kimberlyn Duncan (22.98) and former Kansas All-American Paris Daniels (23.17) in Saturday’s 200-meter final.