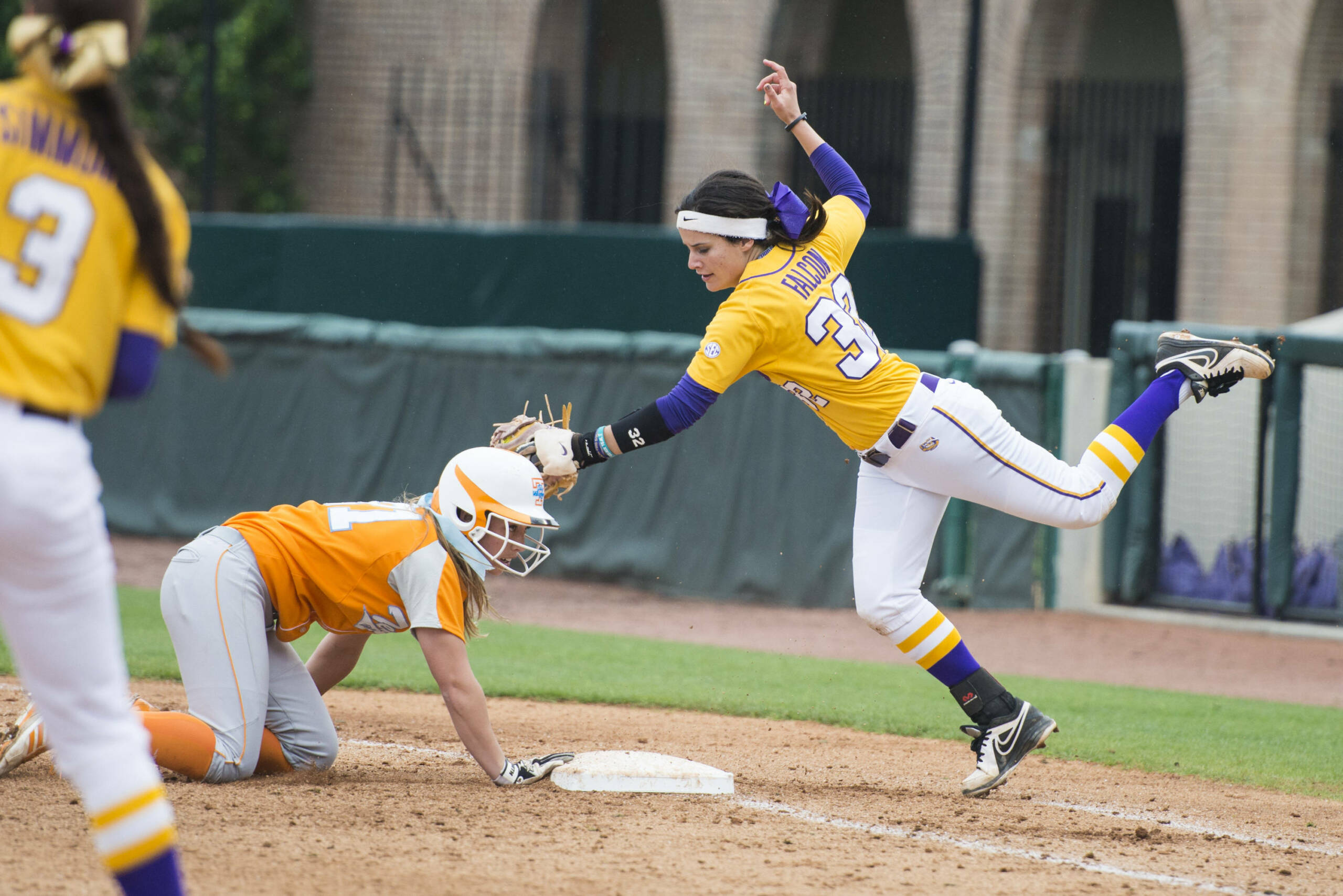 BATON ROUGE – After a standout week of performances, two players who were recognized respectively by their conferences in LSU’s Allison Falcon and McNeese State’s Jamie Allred have been named the LSWA Player and Pitcher of the Week the organization announced today in a statewide vote.

After being named the SEC Player of the Week on Monday, the Donaldsonville, La., native capped a 3-1 record for the Tigers last week as Falcon hit .750 with a .800 on-base percentage and 1.125 slugging cap in helping LSU earn its first series win over then-No. 2 ranked Tennessee for the first time since the 2007 season. Currently one game shy of tying her season-long hitting streak which stands at five games, Falcon had two multi-hit outings and had three RBI in the series clinching victory last Saturday.

For Allred, the Southland Conference Pitcher of the Week, the Cowgirls got four appearances from the Hallsville, Texas, product which included a 3-0 record in the circle with a save to her credit in wins over Louisiana Tech and Central Arkansas. Allred allowed just one run in 23 innings of work with 25 strikeouts to just four walks, pitching a one-hitter and having 17 scoreless innings. Allred also came within a walk of a perfect game as well, finishing the week with a 0.30 earned run average.