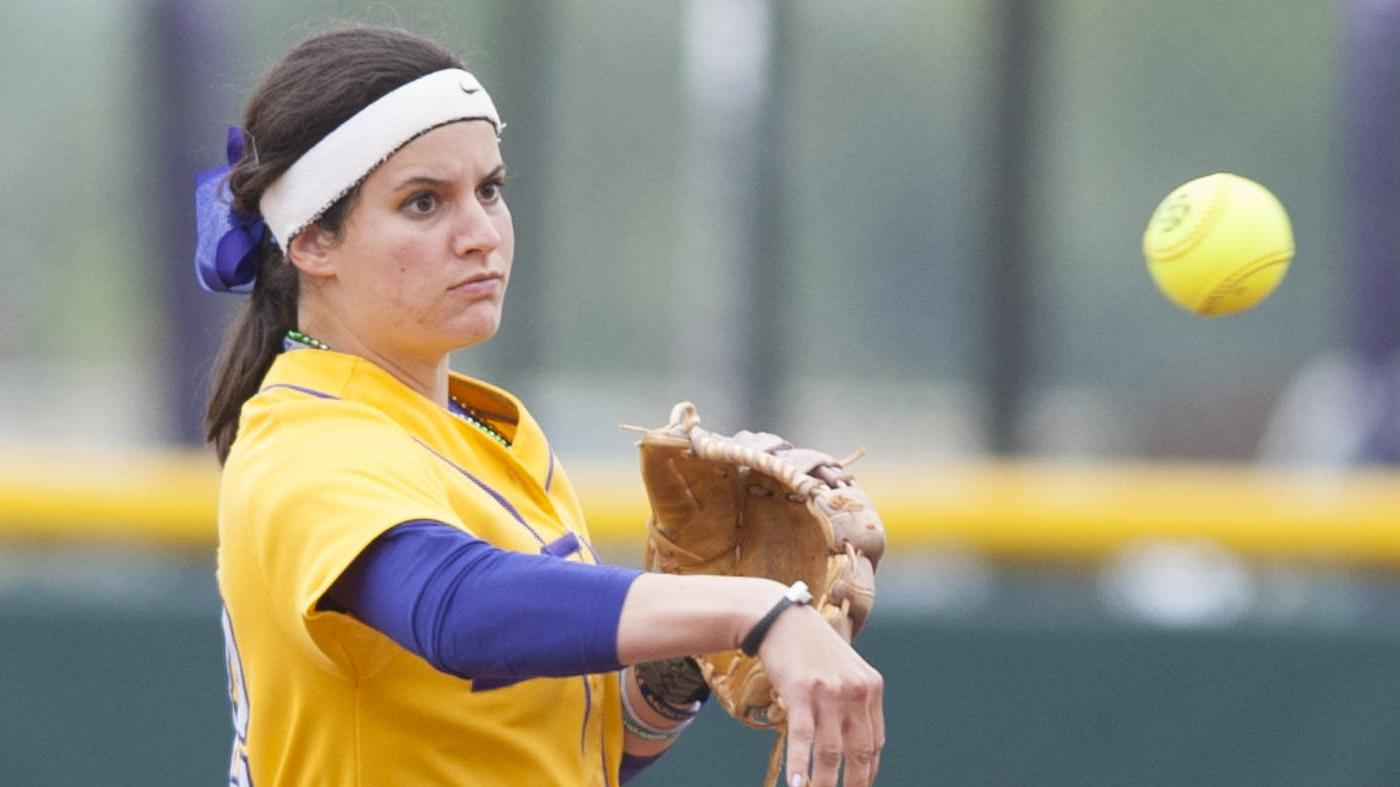 BIRMINGHAM, Ala. – LSU senior infielder Allison Falcon was named the SEC Player of the Week the conference office announced this morning, after a week where she helped the Tiger softball team to a series victory over the second-ranked Tennessee Lady Volunteers.

In helping lead the team to a 3-1 mark in games last week, the Donaldsonville, La., native hit .750 going 6-for-8 at the plate with a home run, four RBI and four runs scored to finish with an on-base percentage of .800 and slugging percentage of 1.125 in wins over ULM and Tennessee. Falcon had a hit in all four contests, including two multi-hit affairs as she is currently second on the team with 12.

Against the Warhawks, Falcon went 2-for-3 and hit her sixth home run of the season on a solo shot in the top of the fifth inning to put LSU up 15-1 in Monroe.

On Saturday in the series-clinching victory over the Lady Vols, Falcon was 2-for-2 with three RBI and a run scored with a walk. Of her two hits, none was bigger than her two-RBI single in the bottom of the fifth that put the Tigers up 8-4 after UT had battled back to cut the deficit to just one in the fourth inning.

Falcon was walked twice and did not have a strikeout in her eight plate appearances against ULM or UT.

The Tigers will be back in action on Wednesday, hosting the McNeese State Cowgirls at Tiger Park in Baton Rouge at 6 p.m.