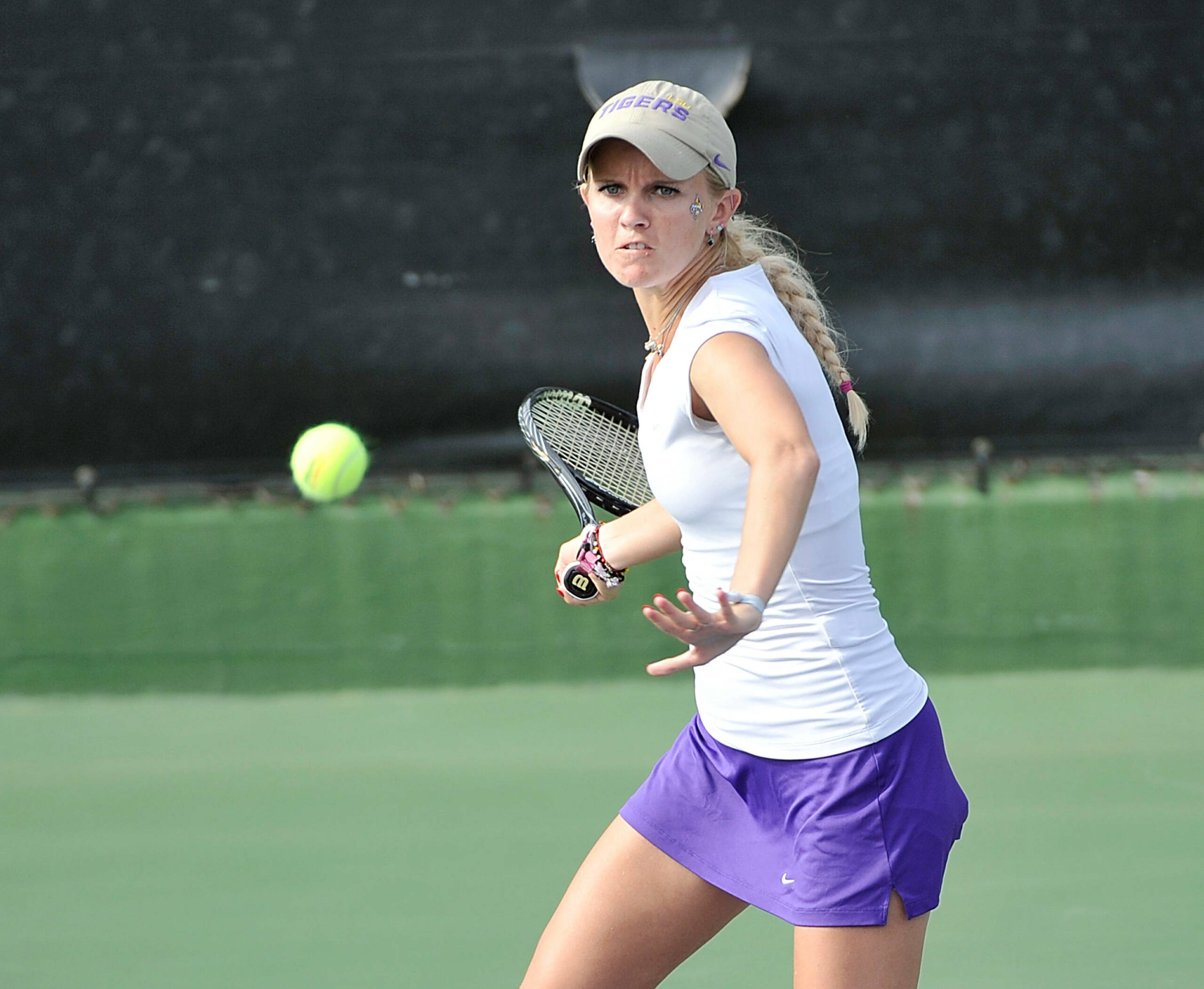 BATON ROUGE – The No. 54 LSU women’s tennis team will honor senior Ariel Morton during the match against No. 2 Georgia on Sunday, April 6 at 11 a.m. CT.

Due to the threat of inclement weather, fans are advised to check LSUSports.net and the LSU women’s tennis social media pages for updates. Follow the Lady Tigers on Twitter @lsuwten and @LSUJuliaSell, on Instagram @LSUWTen and on Facebook at www.Facebook.com/lsuwten.

The Lady Tigers are 10-11 (2-9 SEC) after dropping a 4-3 decision to Tennessee on Friday. After losing the doubles point and court one, LSU won three straight courts. Court two became the deciding match point. Noel Scott battled hard, but the junior but could not overcome Caitlyn Williams as Tennessee clinched the match.

“Georgia probably couldn’t be more confident right now,” said LSU head coach Julia S. Sell. “They are experienced. They’ve got a lot of seniors on that team. We are going to have to play our best tennis to beat a team like that.”