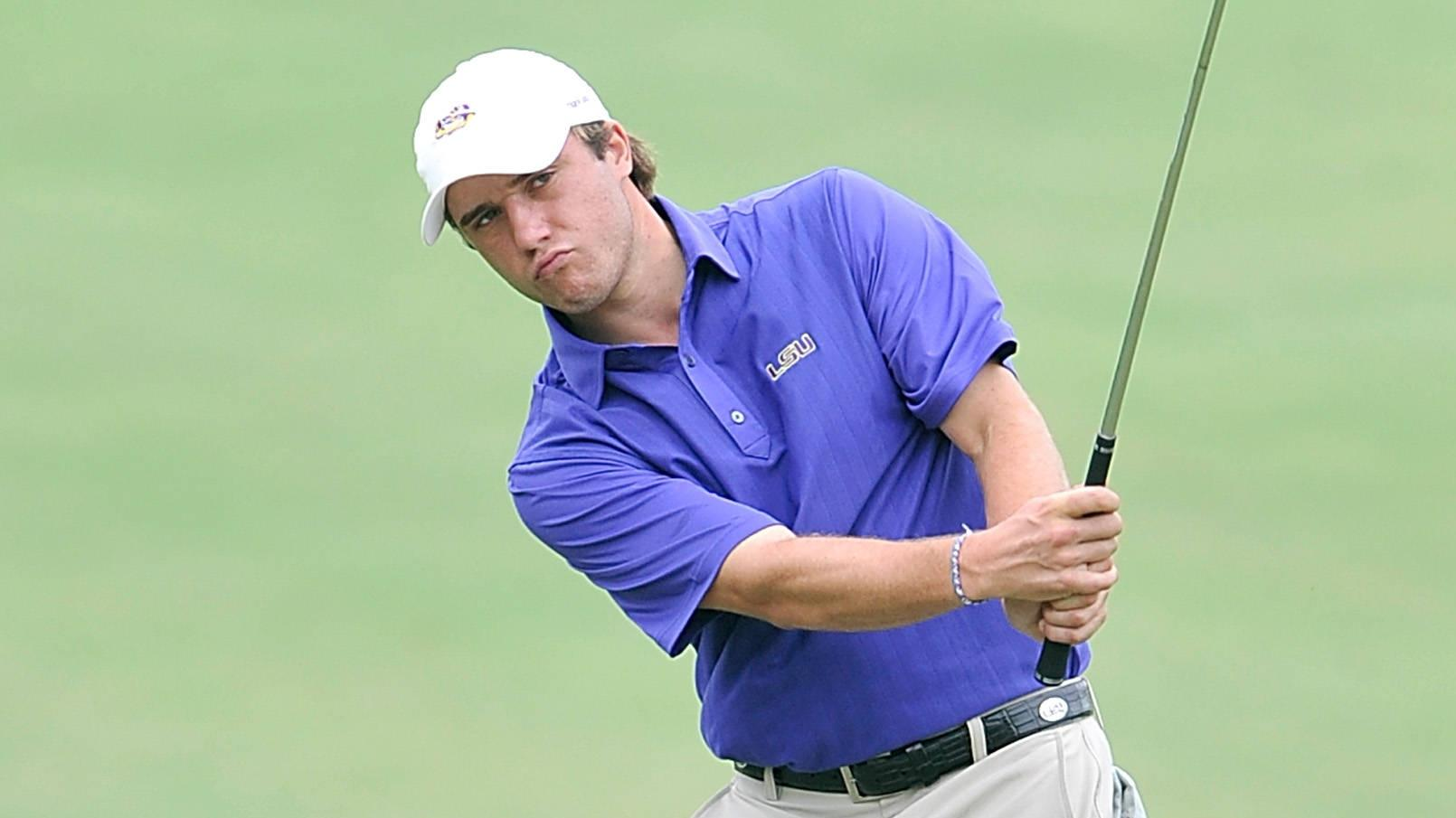 BATON ROUGE – The No. 25-ranked LSU Tigers are ready to wrap up their 2014 regular season this weekend with a trip to College Station, Texas, as they tee off at the 2014 Aggie Invitational hosted by Texas A&M on Saturday and Sunday at The Traditions Club ahead of next week’s SEC Men’s Golf Championships to kick off the championship season.

This marks the second-straight season in which the Tigers will compete at the two-day, 54-hole championship as The Traditions Club will play to a par 72 and 7,146 yards for the weekend.

The Tigers took home an eighth-place finish from the Aggie Invitational a year ago when they finished with a 54-hole team score of 14-over par 878. Curtis Thompson led the way for the Tigers by tying for sixth place in his regular-season finale with a tournament score of 3-under par 213 that propelled him to an outstanding postseason culminating with his first career All-America honors with the Tigers.

This year’s Aggie Invitational features a strong 12-team field once again as LSU is among five Top 25 and eight Top 50 teams in the country in the latest Golfstat power rankings released on Wednesday.

The No. 25-ranked Tigers are joined in the field by No. 2-ranked Oklahoma State, No. 3-ranked California, No. 16-ranked Texas A&M, No. 21-ranked Arkansas, No. 30-ranked Kent State, No. 41-ranked San Diego State and  No. 49-ranked Texas Tech. Rounding out the field are Michigan, New Mexico State, North Texas and Pacific.

Teams will play 36 holes on Saturday with first-round tee times beginning at 7:30 a.m. CT on holes No. 1 and No. 10. The Tigers are paired with Michigan and San Diego State during Saturday’s action and will tee off from the back nine beginning at 7:50 a.m. as the second round will immediately follow the first round. Tee times for Sunday’s final round will also begin at 7:30 a.m. CT with pairings yet to be determined.

Thompson returns to lead the lineup at the Aggie Invitational again this season after earning a top-10 finish in the event a year ago to highlight his All-American campaign. Thompson will be joined in the Tigers lineup by fellow junior and All-America hopeful Stewart Jolly, as well as senior Smylie Kaufman and juniors Myles Lewis and Ben Taylor.

Jolly has been the frontrunner for the Tigers throughout the 2013-14 season as he is the team’s leading scorer with a career-low 71.04 scoring average in his eight tournament appearances while earning a team-leading three top-five and five top-10 finishes on the season. He has actually cracked the Top 10 of the leaderboard in each of LSU’s last three events, including a runner-up finish with his last start at the Valspar Invitational at Floridian held March 24-25 in Palm City, Fla., where he posted a career-best tournament score of 10-under par 203.

Lewis has certainly made the most of his three tournament starts this season as he has posted a career-low scoring average of 71.89 strokes per round to trail only Jolly as the team’s second-leading scorer.

Lewis captured his first career tournament title in his last appearance when he fired a career-best 10-under par 206 for a three-shot win competing as an individual at the 29th-annual Louisiana Classics held on March 10-11 at Oakbourne Country Club in Lafayette. That performance was highlighted by a career-low round of 6-under 66 in the final round in his last action with the Tigers.

Thompson finished three shots behind Lewis in a tie for second-place at the Louisiana Classics after firing his season-low score of 7-under par 209 during the event. Thompson has captured a pair of top-five finishes for the 2014 spring season after opening the campaign by tying for fourth place at The Prestige at PGA West for his first top-10 finish of his junior season.

Taylor is the team’s fourth-leading scorer with a 72.75 stroke average and one top-10 finish to his credit, while Kaufman averages 73.61 strokes per round and has earned a pair of top-10 finishes on the season.

After wrapping up the regular season at the Aggie Invitational this weekend, the Tigers will kick off the championship season with their annual trip to St. Simons Island, Ga., from April 25-27 where they will compete for the SEC title at the 2014 SEC Men’s Golf Championships that returns to the Seaside Course at Sea Island Golf Club. The Tigers will learn their NCAA Regional destination in the weeks following the SEC Championships, as they will look to take one step closer to the NCAA Division I Men’s Golf Championships in regional action being held May 15-17.