No. 2 Tennessee Up Next For Softball 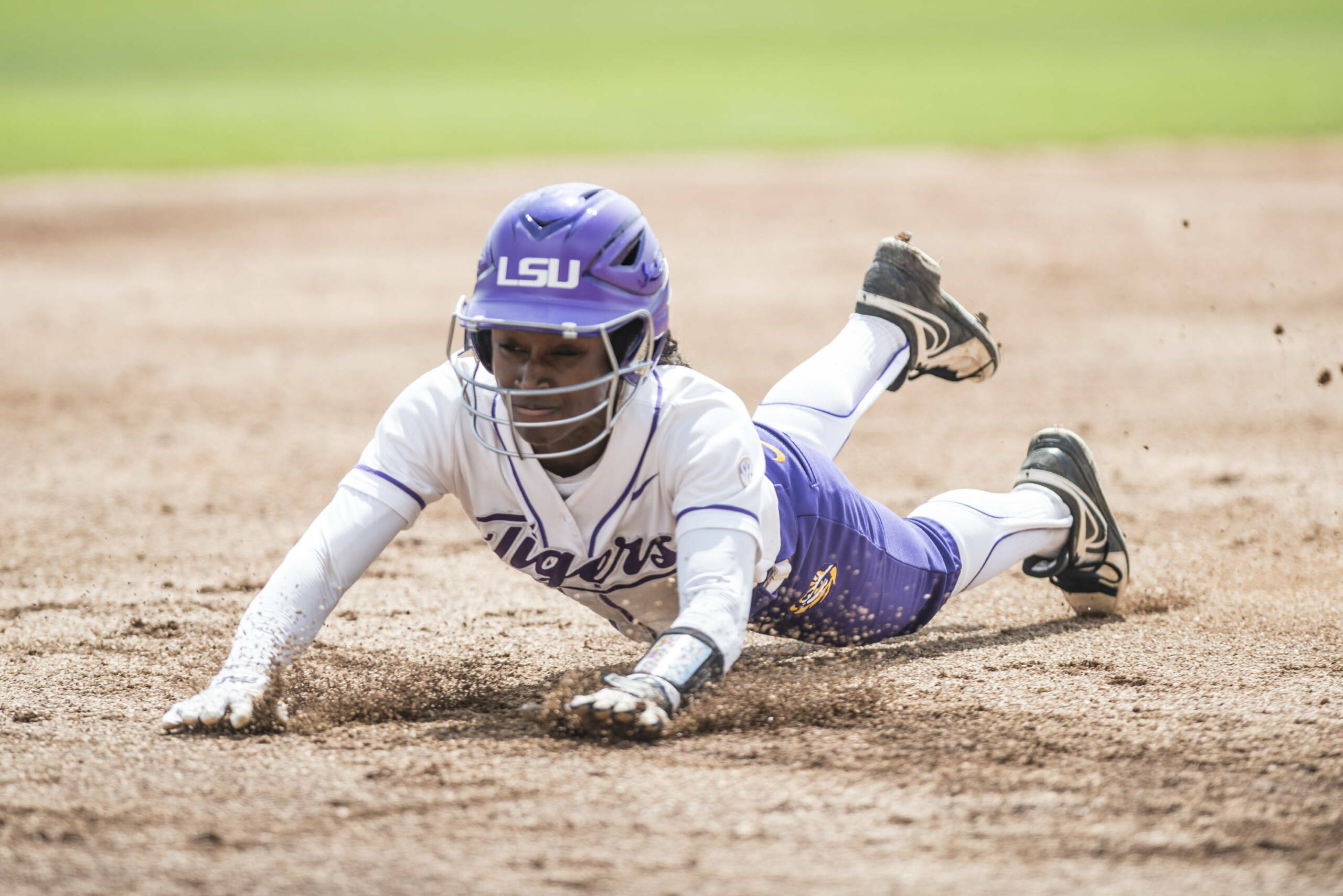 All three games of the series will be carried on the radio home of LSU Softball on ESPN 104.5/104.9 FM with Patrick Wright and Matt Dunaway calling the action. Live video and audio of the broadcast can be found in the Geaux Zone Friday, Saturday and Sunday, along with live stats of each contest.

First pitch is set for Friday night at 6 p.m. against Tennessee, as the series opener will also serve as Teacher Appreciation Night and Tiger Night. Game two at 6 p.m. on Saturday night is Future Stars Night and Alumni Night, as the first 2,000 through the gates will receive special LSU Geaux Tigers branded eye black. Sunday’s finale is set to start at noon and is also the team’s Bark in the Park, where fans are encouraged to bring their dogs to the game that day.

In need of a confidence boost, the Tigers enter the weekend fresh off of a win over the ULM Warhawks on Tuesday night in Monroe, snapping the team’s five-game losing streak with a 14-1 romp in five innings. After scoring only a handful of runs last weekend against No. 4 Alabama in Tuscaloosa, the powerful offense of the Tigers roared back heading into this week’s showdown with UT.

“I think this team has shown that they can play with anyone, it’s just a matter of getting that final blow and hanging on through the last inning,” head softball coach Beth Torina said. “It’s what makes those teams that we’ve played great, and eventually that’s what’s going to make this team great.”

At 20-15, LSU will be looking to put to rest another losing skid, this time in the conference ranks as the squad will look to break a five-game league losing streak dating back to the conference series opener against Auburn at the beginning of last month. At 2-7 and still in the midst of a brutal stretch of teams on the docket, the Tigers will be playing another highly-rated opponent in a weekend series, looking to capture their first series win of the season this weekend.

“On paper before we started this season, we knew these five weeks would be a rough stretch, and is the roughest I’ve been a part of since I started,” Torina said. “Our goal is to stay the course, stay positive and know that there is a light at the end of the tunnel here in the next couple of weeks.”

Tuesday’s explosion of runs broke the Tigers out of a frustrating slump at the plate, as LSU put up 11 runs in the fourth inning alone and sent 17 batters to the plate in that same inning. LSU tied a season high in runs scored, as it was the third time this season that the group has plated that many in a single game. When the team scores double-digit runs the game is usually in the books as the group is 7-0 when scoring 10 or more in a game in 2014.

Only leaving seven runners on base in the contest against the Warhawks was a byproduct of seven different LSU batters having at least one hit in the team’s fourth double-digit hit outing in the last five games, while six were walked in a combined 28 at-bats among 15 players on the night for LSU.

Swinging one of the hotter bats over the last few games has been sophomore first baseman Sandra Simmons. Hitting .429 in her last five, Simmons had two hits for the third-straight outing against ULM on Tuesday, going 2-for-3 with a double, RBI and season-high three runs scored.

While known for mainly making some outstanding plays at third base, senior Tammy Wray brought her offense to the game a few days ago, coming through with two clutch hits going 2-for-2 with two RBI and a run scored, earning her second multi-hit game of the season and first game with multiple RBI.

Rounding out the final two players with multiple hits were Allison Falcon and Jacee Blades, as Falcon hit her sixth home run of the season in the fifth inning, while Blades had two hits in a game for the first time since February.

The play of the night belonged to junior Kailey McCasland, who hit the third grand slam for the team to put a bow on the 11-run frame for the Tigers in just her fifth at-bat of the season. It was the San Clemente, Calif., native’s first home run of the season and second of her career, as the last came back in the 2012 season.

Not only was this past game a boost for the LSU offense, but one as well for a pair of Tiger pitchers in Baylee Corbello and Kelsee Selman.

Corbello earned her tenth win of the season after pitching three solid innings in where she gave up no runs on two hits with four strikeouts and zero walks. Selman pitched the final two and allowed a run, but gave up no hits and struck out four, including fanning the final three batters of the game in the bottom of the fifth.

As a whole, the pitching staff has a team earned run average of 2.67, as Ashley Czechner is one game back of Corbello for most appearances by a pitcher this season.

The tall order that presents itself as the Tennessee side comes into the weekend with a 31-3 overall record and 8-1 mark in the SEC, which is good enough for second place behind the Crimson Tide. The Lady Vols have won their last eight games and nine of their last 10 led by co-head coaches Ralph and Karen Weekly who have combined for over 2,000 wins in their career.

“They’re probably bringing in the best pitcher in the country in Ellen (Renfroe) this weekend, and I definitely think we have our work cut out for us,” Torina said. “It’s a challenge, but that’s why you come to LSU, to play these kinds of teams on a weekly basis.”

For the second-straight week, LSU will go up against the national player of the week as Renfroe earned the nod by USA Softball after a 3-0 week in a sweep over Florida, while also earning SEC Pitcher of the Week honors as well. She is 21-0 on the year and leads a staff that has the second-best ERA in the league with a 2.83 average and .205 opponent batting average.

Offensively, UT is led by Madison Shipman and her .413 batting average. The first overall pick in this past week’s NPF draft is followed by freshman Annie Aldrete who was named the SEC’s Freshman of the Week with her two home runs and six RBI last week, as she is hitting .407 with 30 RBI.

UT has proven to be a tough challenge for the Tigers in recent history, as the Lady Vols have won each of the last seven meetings against the Tigers dating back to 2010. Although this is the first meeting between the two teams in Baton Rouge since 2011, the Tigers own an 11-10-1 advantage in home games against the Lady Vols.