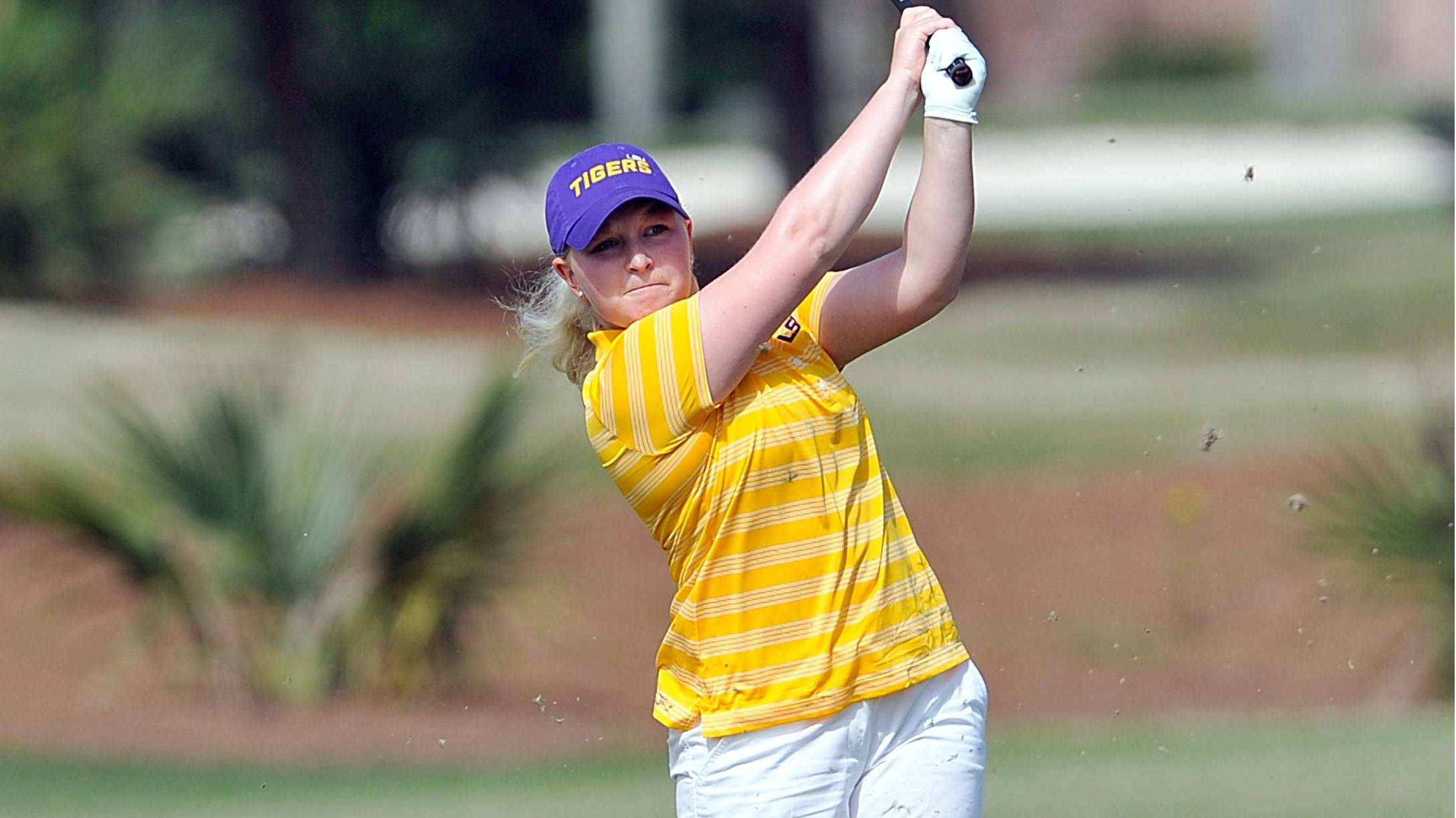 DALLAS – The LSU women’s golf team, ranked 18th in the latest coaches’ poll announced on Wednesday and 18th in the Golfstat performance rankings, takes to the course for its final tournament of the regular season when it begins play in the DAC/SMU Invitational at the Dallas Athletic Club.

Caroline Nistrup posted a 54-hole total of 2-under 211 (17-69-71) to tie for the Rucker title and Madelene Sagstrom tied for the LSU title after 54 holes at 3-under 213, not only going to a playoff or the title but setting the course record at the University Club for 54 holes (since renovation in 2010).

For Sagstrom it put her on the cusp of her second title of the season and if Nistrup had won in the playoff it would have been an unprecedented three different players winning titles in a single season.

Freshman Nistrup and junior Sagstrom are six and seven in the Southeastern Conference average list with Nistrup the second freshman overall at 72.10, while Sagstrom is at 72.24. Both will be in the LSU starting lineup in Dallas with LSU’s two seniors (Lindsay Gahm-74.22; and, Ali Lucas-75.00) joined by LSU freshman Carly Ray Goldstein (77.50). Goldstein went 73-76 in the final two rounds of the LSU Classic playing as an individual competitor.

Elise Bradley will compete as an individual in the field.

LSU will tee off in the opening wave of the day on Friday at 8 a.m. along with host SMU and Kent State. Live scoring for the event can be found at LSUsportsn.net through Golfstatresults.com and the Golfstat app. Follow LSU women’s golf on Facebook at www.Facebook.com/LSUwomensgolf and on Twitter @LSUwomensgolf.