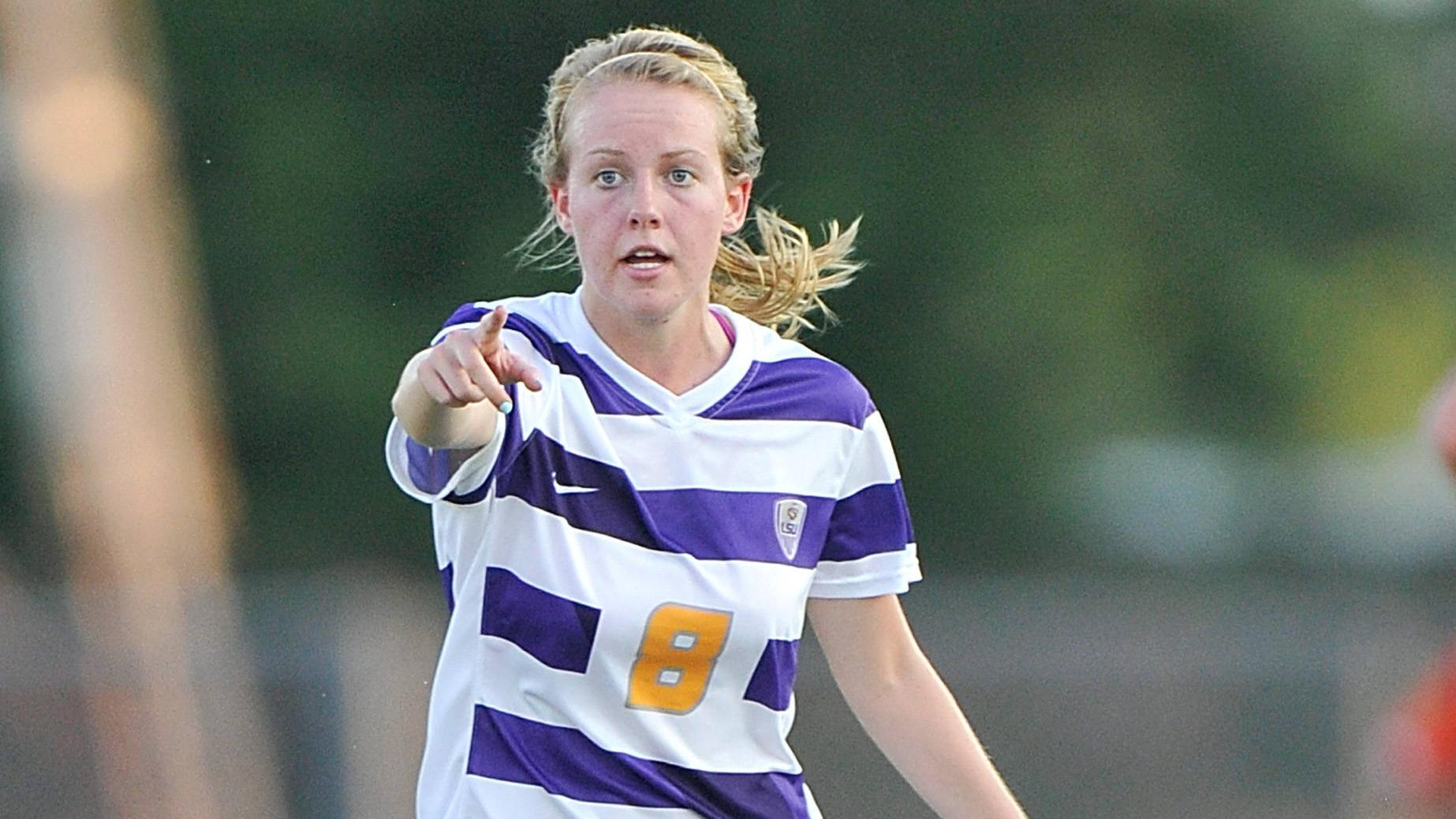 BATON ROUGE – After competing with Canada’s Under-20 Women’s National Team in its first training camp of 2014 held in Burnaby, British Columbia, back in February, returning midfielder Emma Fletcher and Class of 2014 recruit Jordane Carvery have been recalled to the squad for a second training camp this year that will run through Friday, April 11, in Portland, Ore.

Fletcher, an attacking midfielder, and Carvery, a central defender, continue to impress head coach Andrew Olivieri and his staff with their performance as they are among the hopefuls to earn a spot on Canada’s squad competing at the 2014 FIFA U-20 Women’s World Cup from Aug. 5-24. Canada will serve as the host nation of the event this summer.

Canada will kick off the 2014 FIFA U-20 Women’s World Cup on Aug. 5 against Ghana in group play. Canada has also been drawn into Group A with two other nations in Finland and North Korea.

Fletcher enjoyed a record-setting freshman season with the Tigers as one of the SEC’s top attacking midfielders while scoring one goal and serving up a team-leading 12 assists for 14 points on the year.

Fletcher’s 12 assists is a new LSU freshman record, breaking the school’s previous freshman mark of eight assists by now senior Addie Eggleston during her debut season in 2010. Fletcher was the SEC’s top assist maker in 2013 as her 12 assists in all games and eight assists in league play topped the SEC scoring charts. She is also tied for the No. 11 spot in the NCAA rankings with 12 assists on the season.

A native of Victoria, British Columbia, Fletcher claimed SEC Freshman of the Week honors in back-to-back weeks while scoring her first career goal in a 1-1 draw with Tennessee on Sept. 27 and assisting a game-winning goal in a 3-2 overtime victory over Mississippi State on Sept. 29 before dishing out four assists in LSU’s weekend sweep at Arkansas and Alabama.

Carvery helped form the nucleus of LSU’s Class of 2014 that earned distinction from TopDrawerSoccer.com as the No. 7-ranked recruiting class nationally following National Signing Day on Wednesday, Feb. 5.

An emerging talent in the Canadian Women’s National Team system, Carvery will provide an imposing presence in the middle of LSU’s defense as one of the top young center backs in her home country. Carvery spent time with Canada’s U-17 and U-20 teams as she looks to represent her country at the 2014 FIFA U-20 Women’s World Cup being held in Canada later this year. She took part in her first U-20 National EXCELeration Camp in December and has been invited for her second to be held Feb. 16-27 as part of the player pool for World Cup selection.

Carvery, who hails from Bill Crothers Secondary School, is also a decorated member of the Ontario Provincial Team and has trained at the Canada Soccer Association National Training Center during her youth career.