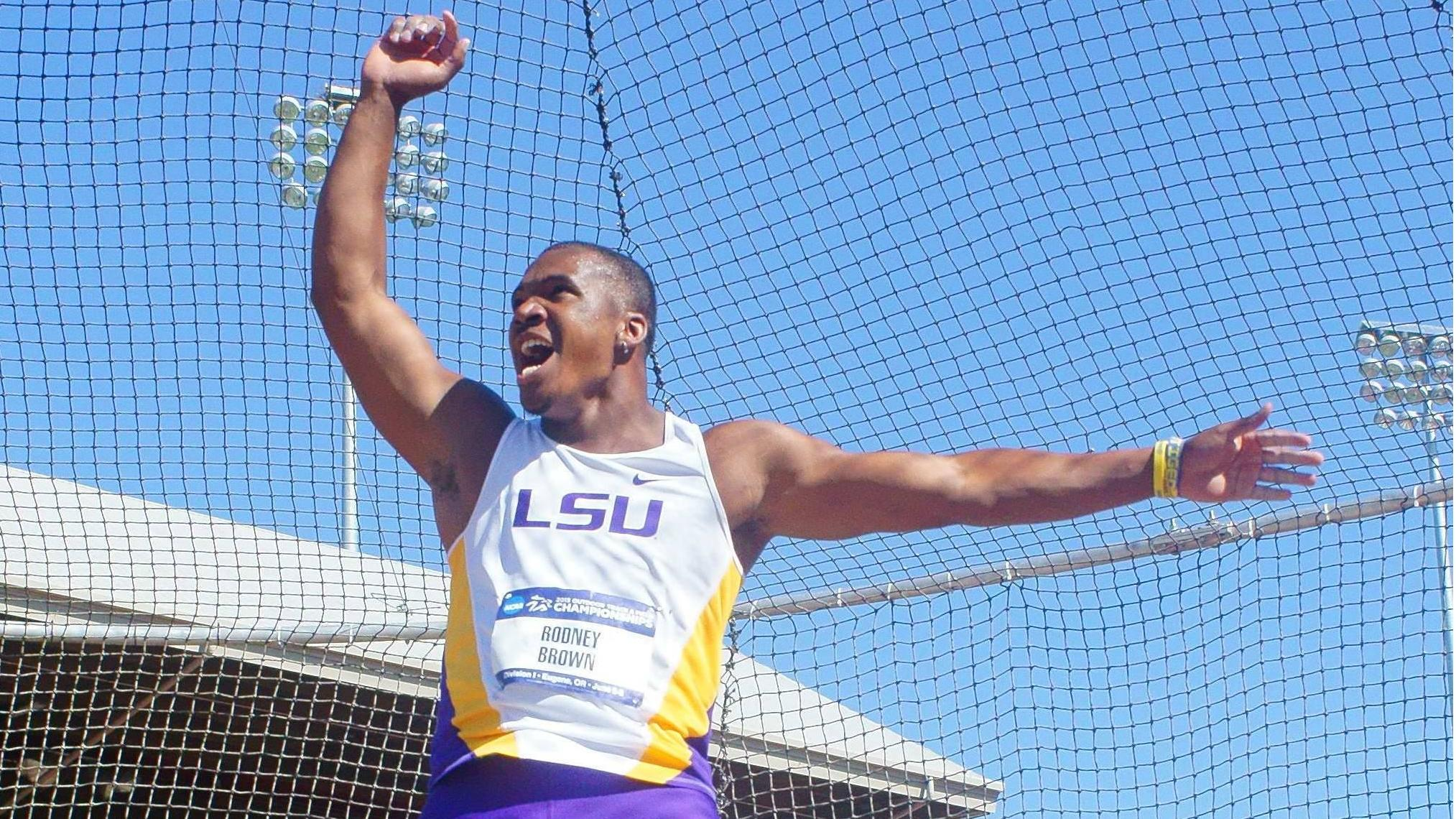 BATON ROUGE – An LSU thrower has earned SEC Athlete of the Week honors for the second week in a row to open the 2014 outdoor season as junior All-American Rodney Brown was named the SEC Co-Men’s Field Athlete of the Week on Tuesday following his SEC-leading performance in the discus throw on Saturday at the Texas Relays.

Brown has been honored for his performance just one week after Lady Tiger freshman Rebekah Wales was recognized as the SEC Women’s Co-Freshman of the Week on March 25.

Brown enjoyed a homecoming to remember on Saturday at the 87th Clyde Littlefield Texas Relays as he set a personal record in the men’s discus competition at the Texas Relays for the second-year in a row with a new personal best of 206 feet, 5 inches on his very first throw of the event to highlight the final day of competition for the Tigers and Lady Tigers.

Brown, who set his previous PR of 206-3 in a second-place finish at the Texas Relays during his sophomore season in 2013, raised his PR by two inches with his opening throw as his effort held up for fourth place overall in the final event standings. He is inching ever closer to John Nichols’ 25-year-old school record in the event of 209-1 that was set during the 1989 season.

It was perhaps the strongest discus throw in the history of the Texas Relays, as Brown was among four throwers eclipsing 206 feet in the event. Fedrick Dacres of the University of the West Indies won the Texas Relays title with a mark of 219-0, while Brown also followed UCLA’s defending national champion Julian Wruck (213-3) and Nebraska’s Chad Wright (208-3) in the final standings.

Brown is also the No. 3-ranked discus thrower in the NCAA Division I rankings through two weeks of the outdoor season as he embarks on what is sure to be another All-American campaign in 2014.

This marks the second time in his collegiate career that Brown has claimed the SEC Men’s Field Athlete of the Week honor for his performance in the discus as he was also honored following his collegiate debut in 2012 when he kicked off his freshman season with a personal-best performance at the Louisiana Classics meet held at the University of Louisiana-Lafayette.