Softball Returns to SEC Play at No. 7 Alabama 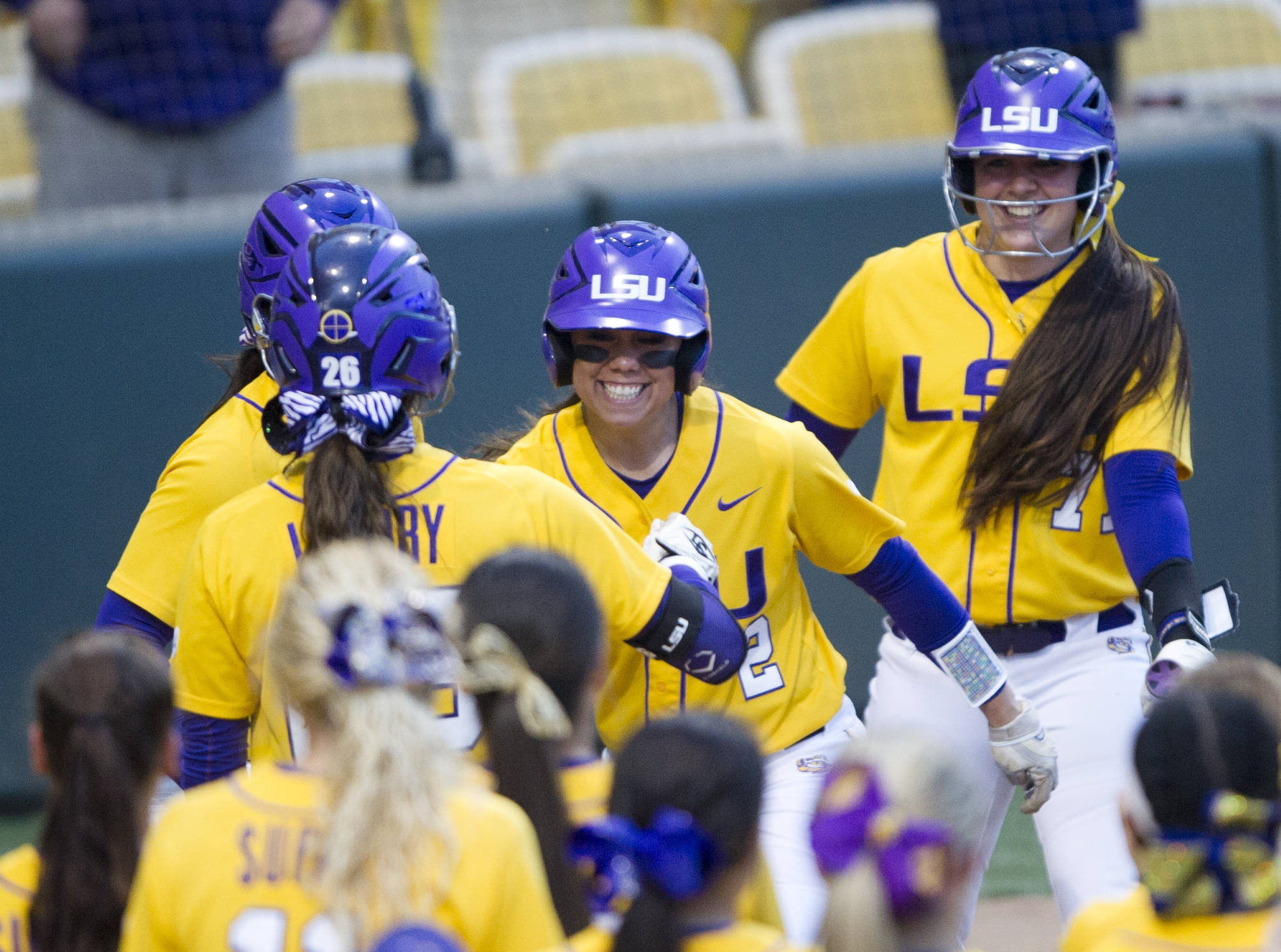 BATON ROUGE, La. – After playing a handful of non-conference opponents last week, the LSU softball team returns to the meat of the Southeastern Conference schedule this weekend as it travels to take on the No. 7 Alabama Crimson Tide for a three-game series beginning on Friday evening.

Friday night, the series gets underway at 6:30 p.m. at Rhoads Stadium, with game two set for 2 p.m. Saturday and 1 p.m. for the finale on Sunday. All three games will be carried by the radio home of the LSU Tiger softball team on ESPN 104.5/104.9 FM locally in Baton Rouge, and online on the Geaux Zone, as Kent Lowe will be calling the action this weekend. Sunday’s game will also be broadcast live on Fox Sports South, with Dave Baker and Cheri Kempf and will also be available on ESPN 3.

Although the team stepped away from league competition last week, the Tigers didn’t step down by any means in taking on the Oklahoma Sooners last weekend in Norman. The Sooners were the ninth ranked opponent the Tigers have taken on already this season, as LSU sports the seventh-toughest schedule in the nation after the first RPI rankings were released earlier this week. Alabama will be the second team in the last three weeks to be ranked in the top 10 of the USA Today/NFCA Top 25 when LSU comes calling, as the squad has already faced three teams currently in the top five and could have two more by the end of the season in South Alabama and Georgia who are both just outside of the top 10.

“I don’t think it makes us better by not challenging our players,” head softball coach Beth Torina said. “We really try and challenge them every weekend, and make sure they are seeing the best pitching, offenses and players in the country. It’s about making sure we are able to compete against the best and that we show up with our best game at all times.”

The Tigers enter the weekend sitting at 19-12 on the year after dropping both games of the series to OU last weekend, as the squad is just 6-6 in the month of March. LSU has only won two of its last three games and four of the last ten overall in search of its first series win of the year this weekend with a 2-4 mark in SEC play.

LSU had its chances in both games, as the series was decided by combined two runs in a 2-1 loss last Saturday and 3-2 loss on Sunday. The Tigers had the lead until the final two innings in the opener, while the group fought back to cut a three-run deficit to just one, but was unable to change the momentum and go over the top in the end. The team stranded 18 runners on base in just the two games alone, falling to 3-7 in games decided by one run.

Although the team has a record of 3-4 in road games this year, it didn’t stop the team from producing offensively as the Tigers hit .312 as a group with 24 hits to just 11 for the opposite side. LSU has tied or earned more hits than the opponent in four of the last five games and 10 of the last 11 overall, outscoring teams by a combined seven runs last week, 12-5.

Individually, A.J. Andrews, Bianka Bell and Allison Falcon each had some of the top overall marks from the week, representing the top three hitters in the lineup at this point of the year.

Andrews, who currently leads the team with a .402 batting average, hit .444 with three RBI, a double and triple for another solid week of production. The centerfielder slugged .778 and had an on-base percentage of .500, as she extended her career and season-long hitting streak to 13 games.

Currently on a career best hitting streak of her own that now stands at eight games, Bell also hit .444 with four hits, moving to second on the team in total hits with 30 on the season. The sophomore’s .357 batting average is also second on the squad, getting walked a team-high tying 19 times on the year.

Falcon raised her batting average 11 points over the span of a week and is now tied with Bailey Landry for third at .349. The senior produced four hits in nine at-bats just as Andrews and Blades did, with an RBI mixed in. Falcon is right behind Bell in slugging, with a .663 average, with 12 hits for extra bases this season.

Adding to the recent narrative of freshmen stepping up in big roles, Constance Quinn made a big impact in brief settings last week, hitting .500 with a team-leading four RBI. Quinn only played in two games with one start but made both count equally as she has a two-RBI single against Nicholls and then hit her first career home run to pull the Tigers within two, while getting hit by a pitch to bring in another for her second two-RBI game of the week.

Sahvanna Jaquish’s power streak continued over the weekend after she knocked her team-best ninth home run of the season in the opener, as it gave LSU the lead in the fourth inning. It was the fifth time this season that the Highland, Calif., native has hit a home run as the leadoff batter in the inning, giving the team 13 home runs this season with no outs on the board.

Sandra Simmons also hit 2-for-4 on the week with an RBI and two runs scored, as she and Bell are tied for the team lead in walks with 19 after she earned six free passes last week which was the most for any player.

After seeing action in two of the three games, freshman Baylee Corbello lowered her season earned run average to 1.58 after allowing just two runs on five hits with 17 strikeouts to just five total walks. Although she went 1-1, Corbello nearly threw a perfect game against Nicholls and had a no-hitter through five against OU, as she is two strikeouts shy of 100 for the season thanks to five double-digit strikeout contests.

Along with Ashley Czechner and Kelsee Selman, the Tigers still have a team ERA of 2.49, as teams are hitting just .197 against the group as a whole.

The Crimson Tide have won nine of the last 10 games and has shot out to a 8-1 record in the SEC after taking two of three from formerly top-ranked Florida last weekend. After a win over Jacksonville on Tuesday, Alabama is 28-5 on the season, with a 13-2 record in Rhoads Stadium.

“It’s definitely a tough place to play, and hat’s off to Alabama for creating one of the best atmospheres for college softball,” Torina said. “We’re excited about the challenge, and for us it’s no different than any other weekend in the SEC. Every team is talented and can be beaten on any given day, so we’ll have to show up with our best game.”

Alabama is led by senior pitcher Jaclyn Traina who was named the SEC Pitcher of the Week as well as the NFCA Co-Player and USA Softball Collegiate Player of the Week after allowing just one earned run in two starts against UF. Traina is 11-2 on the season with a 1.84 ERA among a staff that combines for a 1.90 collectively.

Haylie McCleney leads the Crimson Tide at the plate, hitting .522 on the year with seven home runs, 22 stolen bases and 29 RBI. The sophomore is slugging .837 and has a .634 on-base percentage for a team that is hitting .333 at the plate as a group.

“Traina is one of the best players in the game right now and she’s pitched them to a national championship, so we are going to have to try and find ways to score runs against her,” Torina said. “Top to bottom they have some very talented players and we will have our work cut out for us this weekend.”