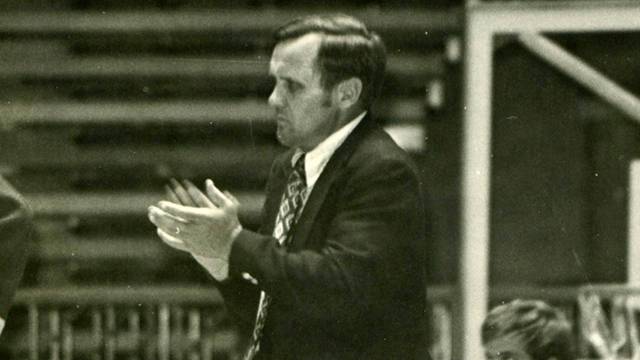 BATON ROUGE – Multi-sport athlete and long-time wrestling coach, Dale Ketelsen, who was LSU’s first varsity wrestling coach from 1968-78, passed away at the age of 78 on March 22 at a local nursing home.

A Memorial Service will be held Saturday at University United Methodist Church, 3350 Dalrymple Drive. Visitation will begin at 10 a.m. with a service to follow at Noon.

The Iowa native was hired to be the first head coach of the LSU wrestling team and as head coach from 1968 to 1978 his teams won two Southeastern Conference Intercollegiate Wrestling tournaments. He produced 15 individual conference champions and was also a member of the NCAA wrestling rules committee during his tenure at LSU.

After leaving LSU in 1978, Ketelsen helped Catholic High School for nine seasons before moving to Belaire High School where he served as head wrestling coach and assistant football coach for some 20 years and later Assistant Wrestling Coach at St. Paul’s in Covington.

He was inducted into the National Wrestling Hall of Fame and was named Master of Wrestling by Wrestling USA magazine.

Before coming to LSU and the state of Louisiana, he earned a wrestling scholarship to Iowa State from his hometown Osage High School in Iowa. He earned three varsity letters as a member of the wrestling team, placing third in the 1957 NCAA tournament and second in 1958. Ketelsen was also a member of the Iowa State baseball team that played in the College World Series.

After graduating from Iowa State in 1959, he went on active duty with the Marine Corps reserve for six months before returning to his alma mater as assistant wrestling coach for two years. In 1960, Ketelsen wrestled in the Olympic trials. Before coming to LSU, he coached in high school at Riverside-Brookfield High in Illinois producing 30 all-conference wrestlers, 20 district champs, eight regional champions and two state champions.

He was known as one of the contributors in the promotion of high school wrestling in the state of Louisiana. He helped organize and run the state wrestling tournament on the LSU campus from 1968 through 1974, first at the old Gym Armory and later at the Assembly Center before the LHSAA took operation of the event in 1975.

Ketelsen is survived by his wife of 52 years, Pat Ballard Ketelsen; 2 sons: Craig Ketelsen of Covington and Erik Ketelsen of Atlanta, Ga.; and, one daughter, Penny Kelly of Nashville. Also he is survived by five grandchildren and numerous nieces and nephews.

In lieu of flowers, the family asks that donations be made to Alzheimer’s Services, 3772 North Blvd., Baton Rouge, La. 70806.