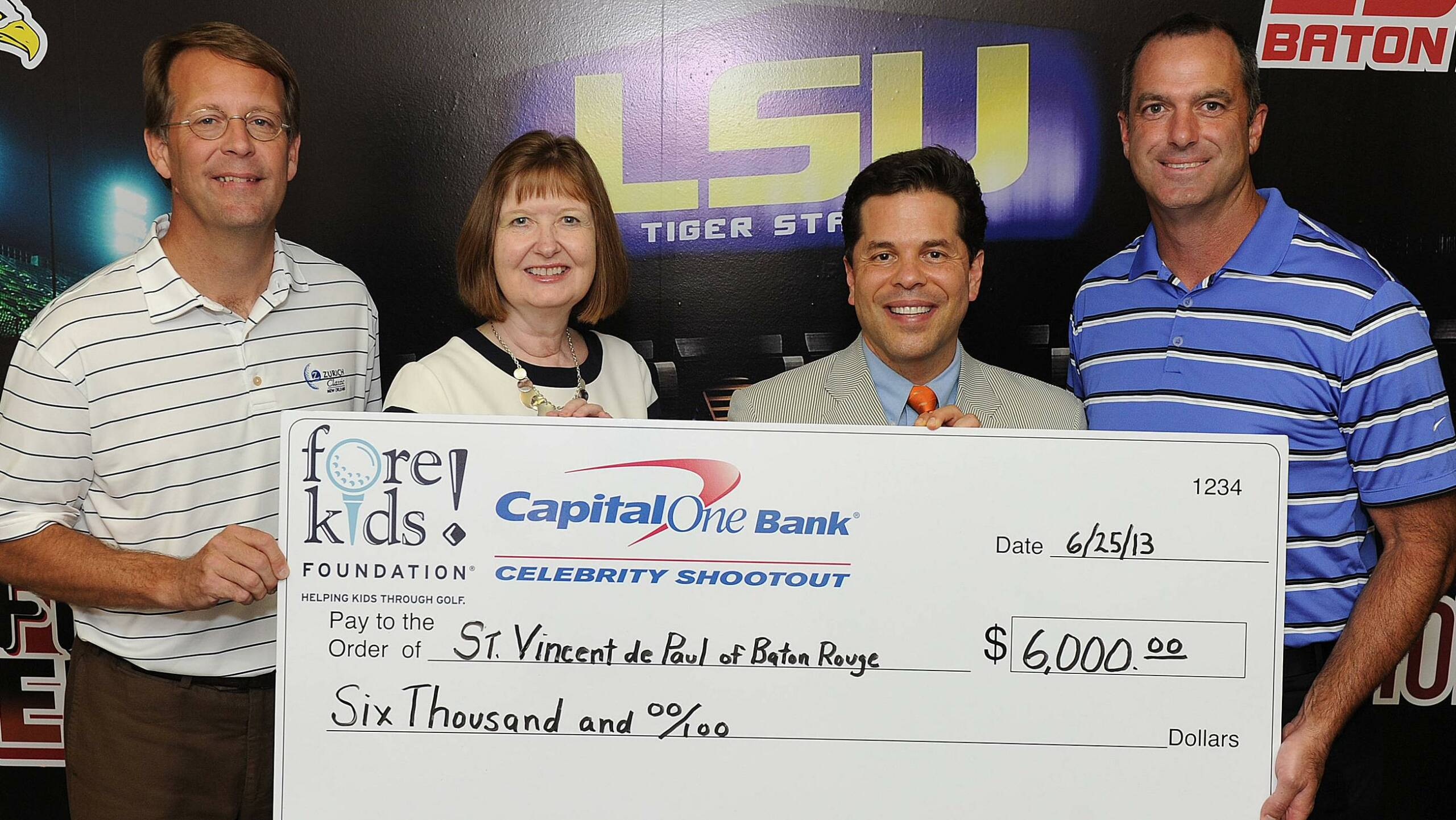 BATON ROUGE — Former LSU quarterback Tommy Hodson presented a check for $6,000 to St. Vincent de Paul to help those in need in the Baton Rouge area. Hodson and former quarterback Jarrett Lee participated in the inaugural Capital One Bank Celebrity Shootout in April at the TPC Louisiana in New Orleans where they won the prize money.

“I was kind of inspired by my two daughters after they read a book by Immaculée Ilibagiza,” Hodson said. “She fled Rwanda during the genocide and spoke at their school. She talked about giving back to the community and how we are all called to give a helping hand. I had been to St. Vincent de Paul about eight years ago and I thought it was a great organization. There are a lot of kids that are hungry in the Baton Rouge area. St. Vincent de Paul gives them a place to eat and stay for the night.”

St. Vincent de Paul strives to understand and fulfill the needs of the needy in the Baton Rouge area and the surrounding community. The money will benefit kids who are homeless through shelters, food services and uniform distributions. Hodson presented the check to Michael Acaldo, President and CEO of St. Vincent de Paul.

“We were thrilled when Tommy Hodson called us and told us he was giving this gift to St. Vincent de Paul. We are very honored to be selected as his favorite charity for this event and it all goes to the kids,” Acaldo said. “Just tonight at St. Vincent de Paul we will be housing 20 kids or more at our homeless shelter. We were thrilled when Tommy decided to do this for us and we are glad he is such a great golfer.

“He was such a wonderful student athlete and had a successful career at LSU. It’s great that he is having a successful life and doing a lot of good things for the Baton Rouge community. “

Hodson, who guided the Tigers to Southeastern Conference titles in 1986 and 1988, still holds the LSU record for career passing yards (9,115) and touchdown passes (69).