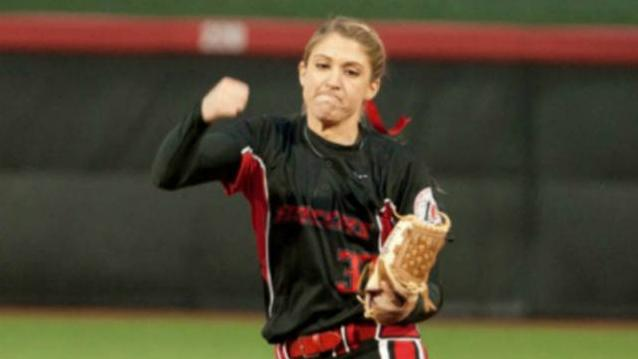 For Fico, it was her first career professional victory during her first professional start. The top pick of the 2013 NPF Draft turned in a complete game effort and recorded three strikeouts versus three walks. She was touched up for two runs on six hits and outdueled former Hofstra All-American Olivia Galati. Akron’s offense provided four runs apiece in the fourth and seven innings for the 8-2 win.

Mack, who was traded to Akron during the offseason after a 6-4 rookie campaign with the USSSA Florida Pride, fired six innings of two-run ball. The 2012 NPF Draft No. 1 overall pick registered four strikeouts against zero walks and allowed one earned run on eight hits. The Racers exploded for 10 runs sparked by a five-run fifth inning en route to the 10-2 victory.

Through the first three weekends of the season, Akron has posted a 6-6 record and is one game behind the Pride for second place in the NPF standings. The Racers return to action for their home opener and a four-game series with the league-leading Chicago Bandits starting on Thursday. The final two games of the series, a day-night Saturday doubleheader, will be televised live on ESPN2, http://www.watchespn.com/ and the Watch ESPN app. Game times are scheduled for 12 p.m. and 7 p.m. CT.

National Pro Fastpitch is headquartered in Nashville, Tennessee. The league, created to give elite female fastpitch players the opportunity to pursue a professional career in their chosen sport, has operated since 1997 under the names of Women’s Pro Fastpitch (WPF) and Women’s Pro Softball League (WPSL).

NPF is the Official Development Partner of Major League Baseball in the category of women’s fastpitch softball since 2002.