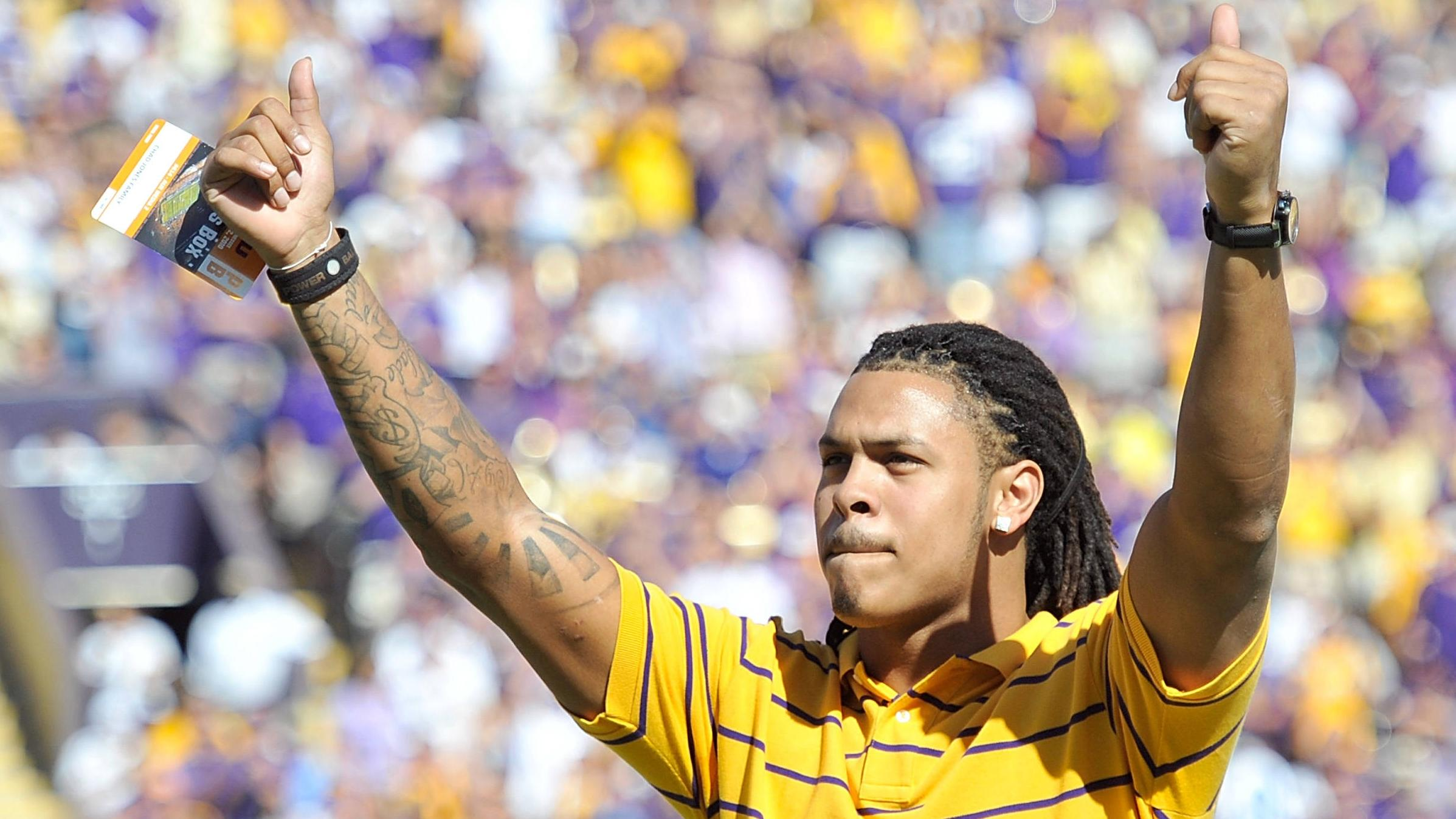 The earliest rumors claimed that he was dead.

He wasn’t, but it was fairly easy to conclude that his life would never be the same again.

Chad Jones was a star athlete at LSU who was recently drafted by the Cincinnati Reds. This alone wouldn’t cause anyone to think his story was particularly special. But, as in most stories, the details tell the tale.

Three years ago, Jones was involved in a horrific car accident that nearly claimed his life. At the time, he had a seemingly bright NFL future ahead of him, and had already endeared himself to the LSU Tiger faithful.

As a member of LSU’s 2007 National Championship-winning football team, and the Tigers’ 2009 National Championship-winning baseball squad, Jones enjoyed the highest levels of success in both collegiate sports.But it was in football that the Baton Rouge, LA, native electrified LSU fans for three seasons. The hard-hitting safety made his mark with a long list of jaw-dropping plays, the most memorable of which occurred during the 2009 Mississippi State game. In a too-close-for-comfort LSU victory, Jones returned a fourth-quarter punt 93 yards for a score, and subsequently batted down the would-be game-winning Bulldog touchdown pass at the goal line.

On the baseball diamond, Jones was far from a slouch. He was drafted by the Houston Astros out of high school, but opted for college instead. After beginning his LSU career in the outfield, he was moved to the pitcher’s mound in 2009, where he was used primarily in middle relief situations. Jones saved his best for the College World Series, and was phenomenal in LSU’s Championship Series victory over the Texas Longhorns.

The hard-throwing left-hander had a fastball with late movement, and supplemented it with an effective breaking pitch. These skills were almost shocking for an athlete competing in his secondary sport. Although his prowess on the mound was impressive, most talent evaluators – in both sports – agreed that his future as a professional athlete would likely be found on the gridiron.

Jones entered the 2010 NFL Draft following his junior year, and was selected in the third round by the New York Giants. The pick was widely regarded as a steal, as Jones was projected by numerous draft analysts to be an eventual starter. He was given a signing bonus, and the stage appeared to be set for a promising NFL career.

Cincinnati Reds’ Midwest regional scout Jerry Flowers first met Chad Jones when he was 16 years old. As the Reds’ scouting supervisor for the central third of the country, Flowers had monitored Jones’ progress in baseball since his high school days. He developed a relationship with the blue chip football recruit, and the two stayed in contact throughout Jones’ LSU career.

When the 6-foot-3, 230-pound defensive back was drafted by the Giants, Flowers figured that Jones’ football future was now firmly cemented, and that his baseball career was all but over.

“I wouldn’t say that I gave up on him,” Flowers said. “But when you’re picked in the third round, with a signing bonus, I assumed that was it. But I’ve always encouraged him to never give up on baseball.”

On the morning of June 25, 2010, Jones’ life was changed forever when he was involved in a nearly fatal auto accident in New Orleans. He had to be carefully cut out of his SUV, along with what was left of his leg. Family, friends, and local community, as well as sports fans from across the country, prayed for his recovery. Jones survived, but his promising football career had been dealt a devastating blow.

The injuries he suffered were truly gruesome, and doctors nearly had to amputate his leg. After over a dozen surgeries, he began a grueling rehabilitation process. He had to learn how to walk again, and was later able to jog. In time, Jones envisioned himself returning to football. His resilience was impressive, but not surprising to Flowers.

“For somebody to have gone through what he went through, just to be able to walk again, let alone play, tells you a lot about him as a person,” Flowers said.

The Giants, to the surprise of some, chose not to release Jones after the accident. When he announced his return to football, they decided to give him a chance. After numerous workouts, it became evident that he couldn’t execute the movements required of an NFL safety. The physical nature of the game was also a major cause for concern. He was released by New York in May of 2012, and after a couple of quick tryouts with the Eagles and Saints, he was done with the game of football.

When Reds Director of Baseball Operations Nick Krall first learned that Jones had been released, he immediately contacted Flowers. Flowers then reached out to Jones, and a private tryout was set up for the former college pitcher.

Jones had a stellar workout with the Reds, and Flowers came away extremely impressed. After more than three years away from the game of baseball, Jones’ fastball was topping out at 91 miles per hour. The Reds wanted to sign him on the spot. Unfortunately for both parties, however, the timing of the offer was too close to Major League Baseball’s “closed period” for contract signings, and Jones came away unsigned.

Jones later held a public workout for numerous Major League teams. Knowing that multiple big league organizations now had wind of Jones’ post-accident pitching abilities; Krall, Flowers, and the Reds were more determined than ever not to let him get away.

Cincinnati selected Jones in the ninth round of the June 7th Major League Baseball Draft. They may have had to take the long way around, but the Reds finally had their man.

Flowers stated that from a health standpoint, Jones has passed his physical, and is currently ready for action on the mound.

He envisions Jones as a situational relief pitcher, who’s talents will be best utilized in certain preferable match-ups.

On the contractual side, Krall confirmed that Jones is now signed with the Reds, and will most likely be sent to the organization’s rookie club in Billings, MT very soon.

Jones’ story is one of heartbreaking misfortune, but it’s also one of inspiration. His fierce resolve, along with his gifted athleticism, and raw skills, were simply too much for the Cincinnati Reds to pass on. He’s a player that everyone, not just LSU and Reds fans, should find it easy to root for.

Life may have thrown Chad Jones a curve ball, but now he’s firing them right back.