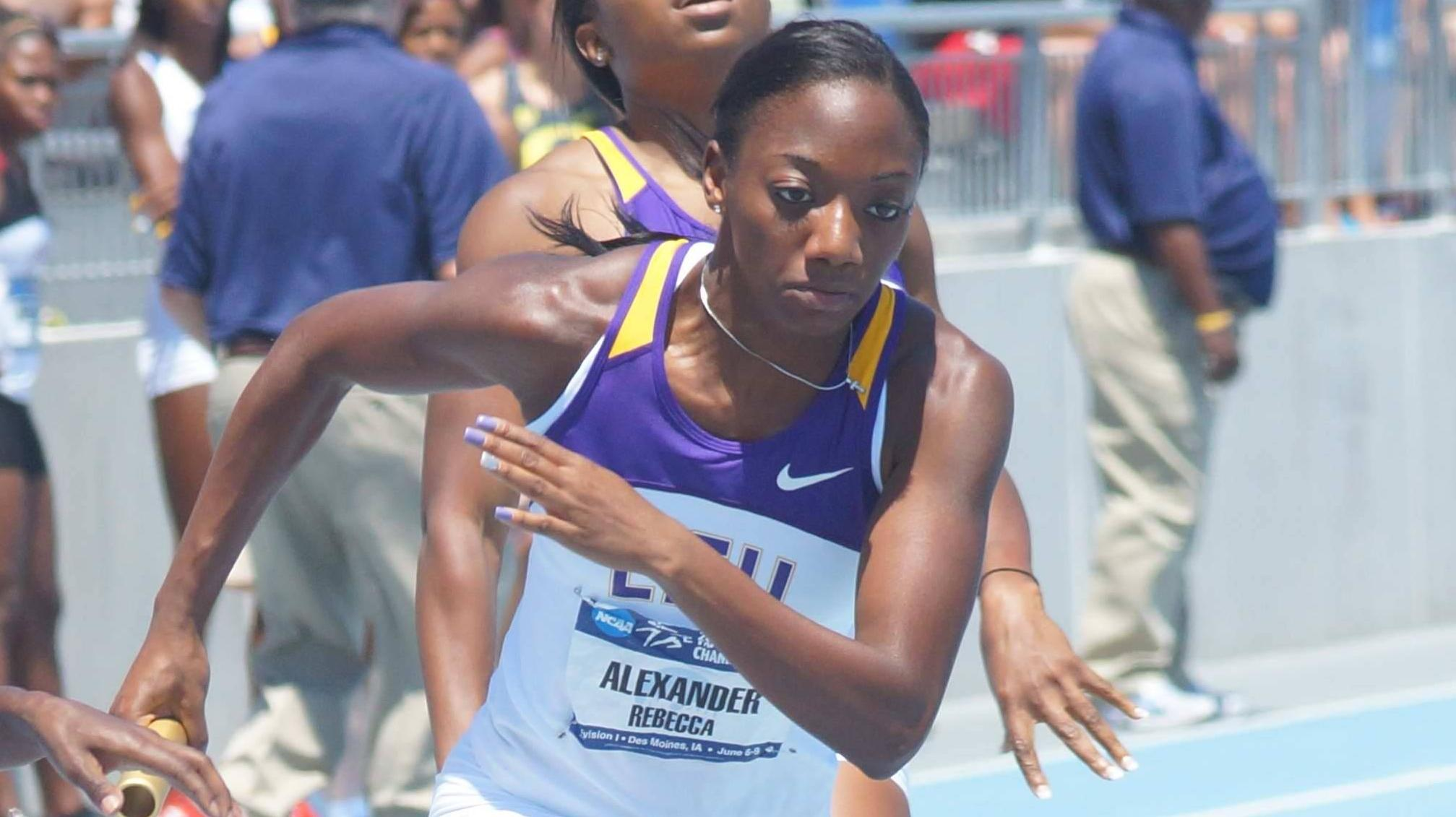 DES MOINES, Iowa – LSU Track & Field alumni were a perfect 4-for-4 in the first round of qualifying during Thursday’s opener at the 2013 USA Outdoor Track & Field Championships while earning a spot in Friday’s semifinal action at Drake Stadium as they continue their march toward the IAAF World Championships in Athletics.

Former Lady Tiger national champion LaTavia Thomas and former Tiger All-American Richard Jones advanced to the semifinals of the 800 meters, while Muna Lee cruised into the semifinal rounds of the 100 meters and Rebecca Alexander advanced in the 400 meters with a seasonal best in Thursday’s qualifying heat.

Alexander slashed nearly a half second off of her previous seasonal best of 52.70 seconds in the 400-meter dash with a qualifying run of 52.22 for third place in the third preliminary heat.

Alexander, the 2012 NCAA Outdoor silver medalist, lined up in the fastest 400-meter heat during  Thursday’s opener as she followed Francena McCorory (51.38) and Joanna Atkins (51.81) across the finish line. Her time of 52.22 was the fifth-fastest among the 19 competitors in the opening round as she will line up in the semifinals on Friday at 7:36 p.m. CT.

Lee was also the fifth-fastest qualifier of the day in the women’s 100-meter dash as she sprinted to the finish line with a seasonal best of her own at 11.35 (-1.4) for fourth place in the third qualifying heat. Her race also proved to be the fastest of the day as she took fourth place in the heat behind Octavious Freeman (11.25), Jessica Young (-1.4) and Charonda Williams (11.33).

Lee will return to the track on Friday evening for the semifinal round of the women’s 100 meters scheduled to run at 6:30 p.m.

The women’s 800-meter semifinals are scheduled to run at 8:08 p.m. followed by the men’s semifinals at 8:25 p.m. The finals of the 800 meters will highlight Sunday’s championship finale at Drake Stadium.

Time Schedule for LSU Entries at the 2013 USA Outdoor Track & Field Championships
Note: Times are Central and subject to change based on round-by-round qualifying