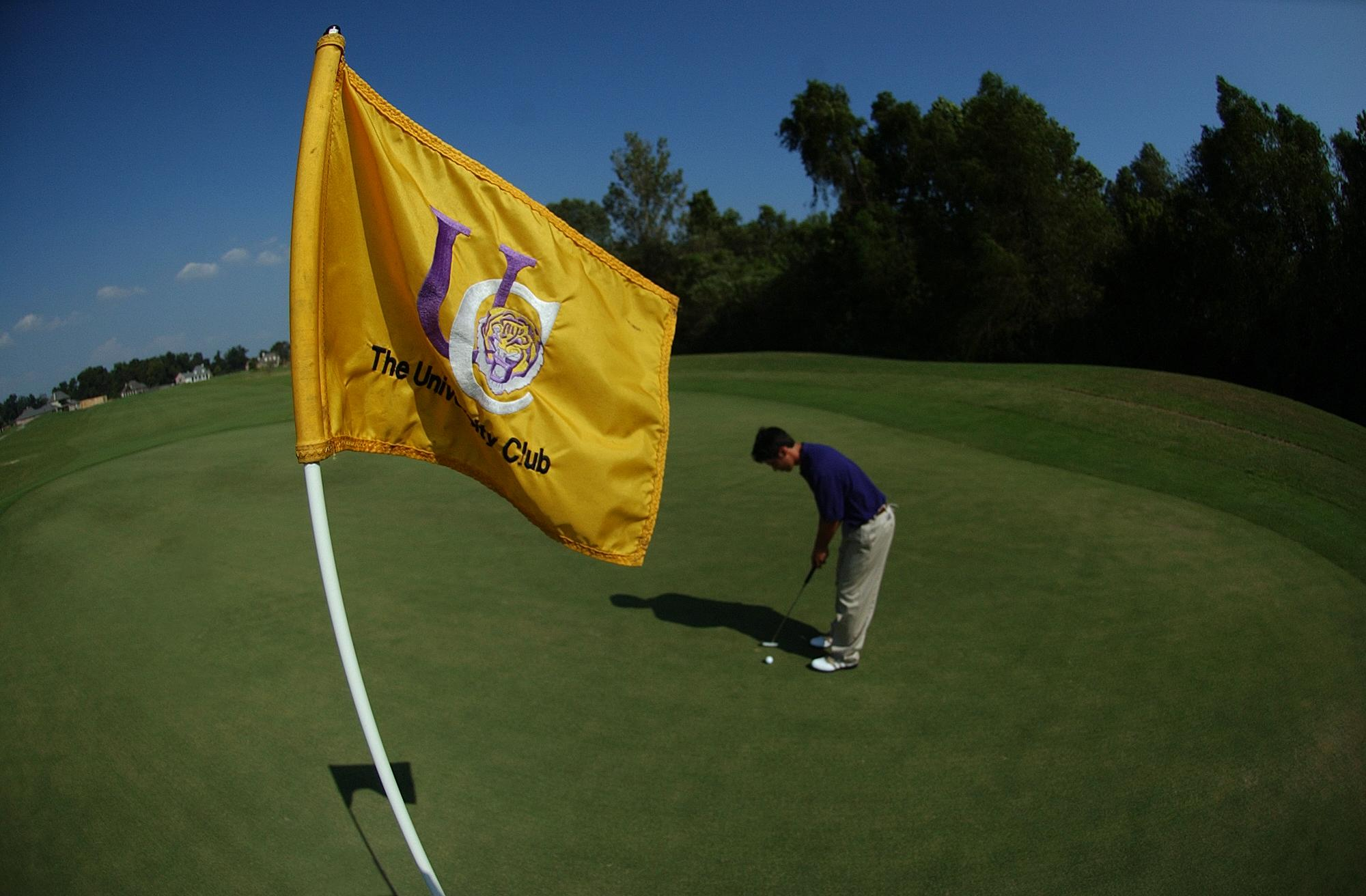 BATON ROUGE – After opening the championship with a tournament-low 5-under par 67 in Friday’s first round, LSU signee Eric Ricard fired back-to-back rounds of 2-under par 70 on Saturday and Sunday to take the title at the rain-shortened 94th Louisiana Golf Association Amateur Championship held at Shreveport’s Southern Trace Country Club.

Ricard took home the Louisiana Amateur title with a 54-hole score of 9-under par 207 to claim a three-shot victory over defending champion Patrick Christovich of New Orleans.

LSU’s rising senior Landon Lyons finished five shots off the pace in third place on the leaderboard with a three-day total of 4-under par 212, while rising junior Myles Lewis also cracked the Top 10 of the leaderboard in a tie for ninth place overall with a final score of 1-over 217 for the championship, including a 3-under 69 in the opening round.

Lyons matched Ricard with a 5-under 67 to share the first-round lead before slipping into third place on the final leaderboard with rounds of 2-over 74 on Saturday and 1-under 71 on Sunday at Southern Trace.

Ricard continues an impressive run by the Tigers in recent years at the LGA Amateur Championship as he is the ninth LSU player in 13 years to win the Louisiana Amateur title, and the first since former Tiger Ken Looper in 2010. He also joins the likes of Alan Morgan (2001), John Humphries (2003), Garrett Prather (2004), Aaron Smith (2005), Chris Wells (2006), Jarrod Barsamian (2008) and Andrew Loupe (2009) as recent winners.

A product of Loyola College Prep in Shreveport, Ricard is one of the top recruits in the country for the Class of 2013 as he is currently as high as the No. 54-ranked junior golfer in the country and No. 27-ranked golfer for his senior class by the National Junior Golf Scoreboard. He burst onto the national scene in 2012 with a run to the Sweet 16 of the United States Junior Amateur Championship last summer.

Ricard was also honored as an American Junior Golf Association Rolex Junior Honorable Mention All-American with his performance as a member of the AJGA during the summer of his sophomore season in 2011.