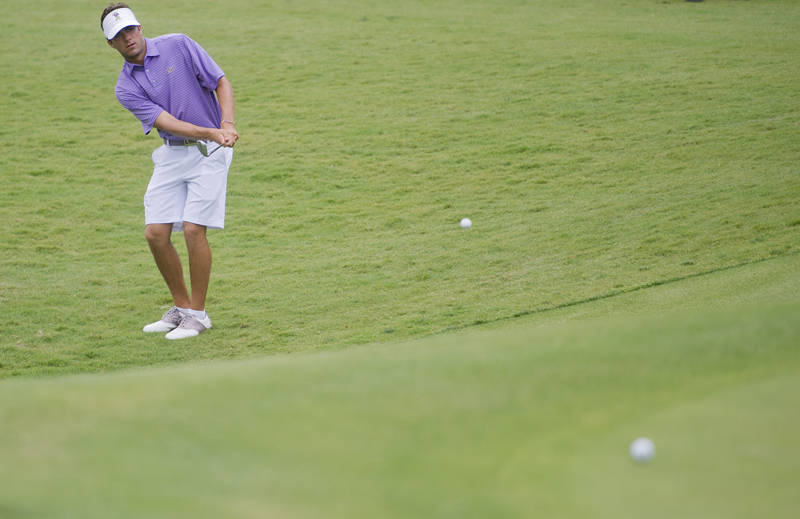 By Matthew Bonnette
Written for the LSWA

LAKE CHARLES, La. – LSU sophomore golfer Curtis Thompson has been named the Louisiana Sports Writers Association Men’s Golfer of the Year while on the women’s side, Tulane’s Maribel Porras earned Women’s Golfer of the Year honors as the two headline the 2013 All-Louisiana golf teams voted on by school sports information directors.

Thompson, a native of Coral Springs, Fla., earned first team all-SEC honors and was named to the Golf World 50 Players to Watch list. He posted two top 5 finishes, four top 10 and nine top 20 in 11 starts on the season. He won his first collegiate title at the Shoal Creek Intercollegiate during the fall season by firing a career-low 6-under par 210 at Shoal Creek Country Club in Birmingham, Ala. He tied for 15th at the SEC Championships.

Bradley was voted as the state’s Freshman of the Year and the University of New Orleans’ Bryan Odaiyar the Newcomer of the Year while Southeastern Louisiana head coach Tim Baldwin named Coach of the Year.

Porras, who hails from Bogota, Columbia, recently earned honorable mention All-America honors from the Women’s Golf Coaches Association (WGCA). She also earned first team All-Conference USA honors and was a two-time C-USA Player of the Week selection. Porras led the Green Wave to a Conference USA Championship, a school-best second place finish at the NCAA East Regional and to a school-record ninth place finish at the 2013 NCAA Championships. She completed her collegiate career with a 14th place finish at last week’s national championships and is ranked No. 38 by Golfstat.com in the final individual national rankings of the year.

Penttila was named the state’s Freshman of the Year after she earned first team All-Conference USA honors and All-CUSA Tournament team recognition. Tulane head coach Andrew Pratt was named Coach of the Year after leading the Green Wave to one of the finest seasons in school history with a ninth place finish in the NCAA Championships.