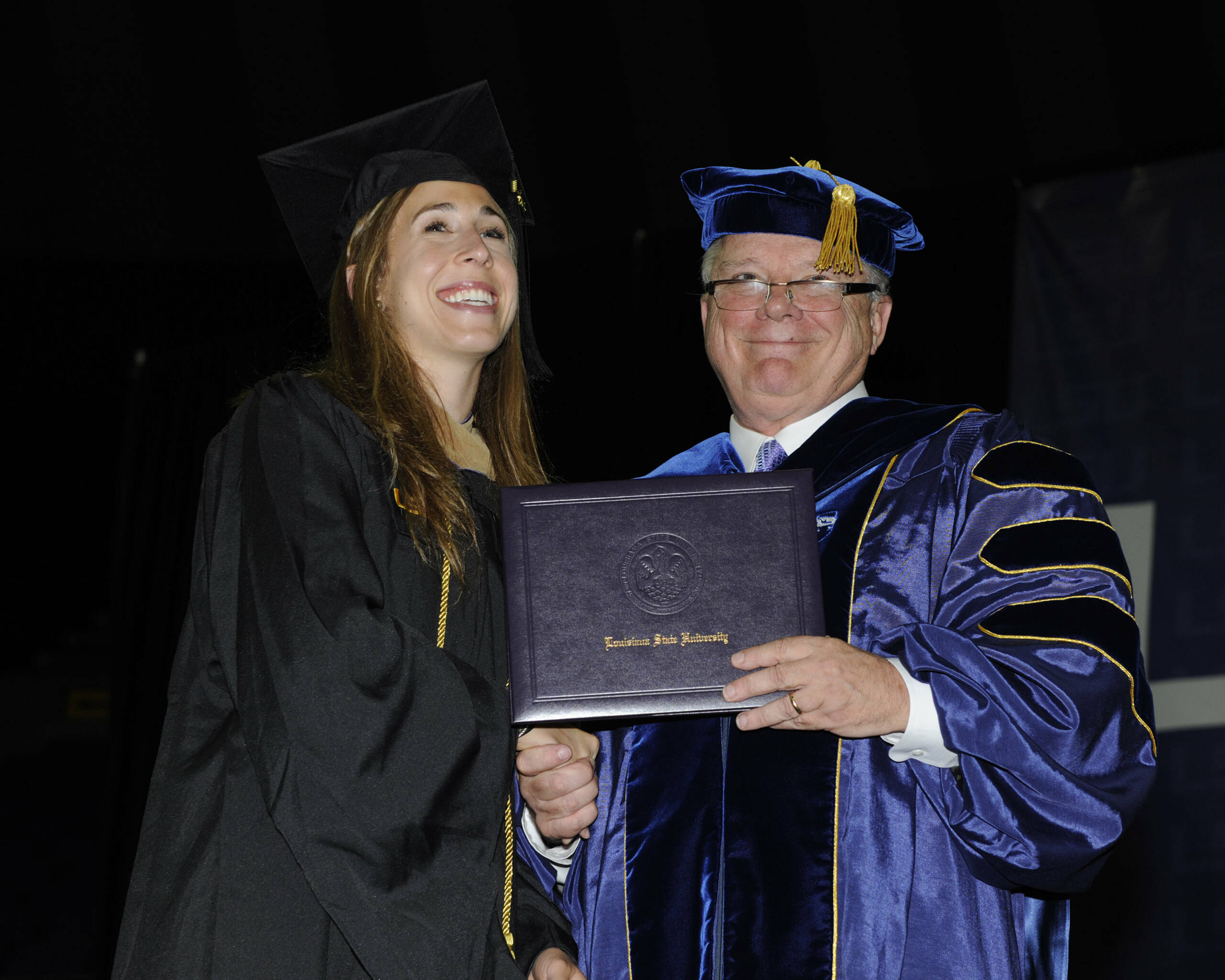 BATON ROUGE – LSU’s senior distance runner Laura Carleton completed the “three-peat” on Thursday afternoon when she received her third-straight selection to the College Sports Information Directors of America Academic All-District VI First-Team with the organization’s release of this year’s academic all-district winners for track and field.

Carleton is the most decorated distance runner in the history of the Lady Tiger program on and off the track as she was also honored as a first-team selection in 2011 and 2012.

Carleton, a redshirt senior who graduated from LSU two weeks with her Master of Business Administration, finished her collegiate career with a perfect 4.0 cumulative grade-point average as a leading student-athlete on campus. She earned her undergraduate degree in business administration in May 2011 after receiving the University Medal for maintaining the highest GPA in her graduating class.

Carleton is one of the NCAA’s leading distance runners on the track during her senior season this spring as she has qualified to run in the national final of the women’s 5,000 meters at the 2013 NCAA Division I Outdoor Track & Field Championships being held next week in Eugene, Ore. She is a three-time NCAA quarterfinalist in the event during her collegiate career.

Carleton also scored 10 points for the Lady Tigers with her performance in her final SEC Outdoor Track & Field Championships in Columbia, Mo., as she was the SEC’s fourth-place finisher with both the 5,000 meters and 10,000 meters at the conference meet. That includes a school-record run of 34:01.65 in the first ever 10,000-meter race in her five seasons with the Lady Tigers.

A native of Lake Charles, La., Carleton made history during the indoor season when she became the first Lady Tiger in program history to be crowned the SEC Indoor champion in the 5,000 meters with her victory at the SEC Indoor Championships held in Fayetteville, Ark. She also set the indoor school record in the event with her seasonal-best time of 16:11.58 set earlier this season.