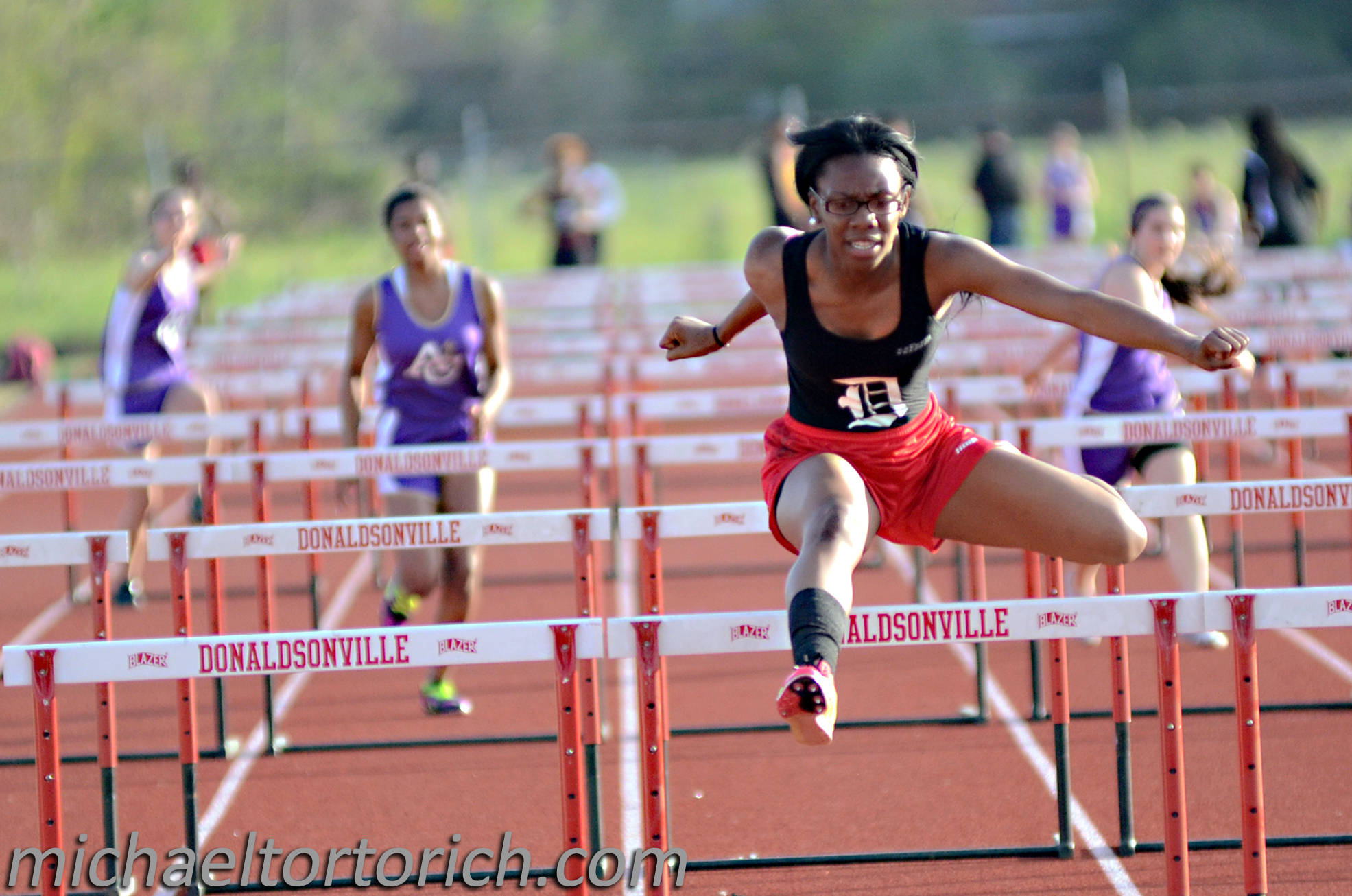 BATON ROUGE – In the wake of her record-breaking performance at the Louisiana Class 3A state meet earlier this month, Donaldsonville High School product Ka’Lynn Jupiter has signed a National Letter of Intent to join the Lady Tiger program for the 2014 season as one of the nation’s elite intermediate hurdlers in her graduating class.

LSU head coach Dennis Shaver announced Jupiter’s signing on Thursday morning as she joins nine other recruits in building a talented Class of 2013 for the Lady Tigers.

A native of Donaldsonville, La., Jupiter is a 10-time Class 2A and Class 3A state champion in Louisiana as one of the state’s most decorated hurdle prospects during her prep career at Donaldsonville High School.

“We continue to target and recruit some of the best athletes in the country to help solidify this class as we build for the future,” said LSU head coach Dennis Shaver. “There is a lot diversity with this class as our staff has done a tremendous job of addressing the needs we have in each of the event areas. We’ll continue to do that over the summer and into the fall semester as we look toward the 2014 season.”

Jupiter has emerged as one of the nation’s leading intermediate hurdlers during her senior season as the No. 15-ranked performer nationally in the 300-meter hurdles in the Class of 2013.

She defended her Class 3A state championship in the 300-meter hurdles on Saturday, May 4, by setting her personal record of 42.63 seconds to break the class and composite meet record for the Louisiana High School Athletics Association Outdoor State Track & Field Championships held at LSU’s Bernie Moore Track Stadium.

Jupiter was actually a triple gold medalist in Class 3A while competing in her final state championship for Donaldsonville High School as she also took home the state crown in the 100-meter hurdles with a PR wind-aided time of 14.13 in the final and won the triple jump with a series-best mark of 36 feet, 4 ½ inches en route to claiming the Class 3A Most Outstanding Performer of the Meet honors for her efforts.

That performance also earned her a selection as the 2013 Baton Rouge Area Track & Field Athlete of the Year as one of the state’s premier performers by NOLA.com/The Times-Picayune in New Orleans.

Jupiter slashed nearly two full seconds off of her personal best in the 300-meter hurdles over the course of the 2013 season as she first broke 43 seconds in the event at the Mobile Challenge of Champions on April 6 at St. Paul’s Episcopal School in Mobile, Ala., when she ran 42.82 to win the bronze medal while breaking her previous best of 44.56 set in the Class 3A state final in 2012.