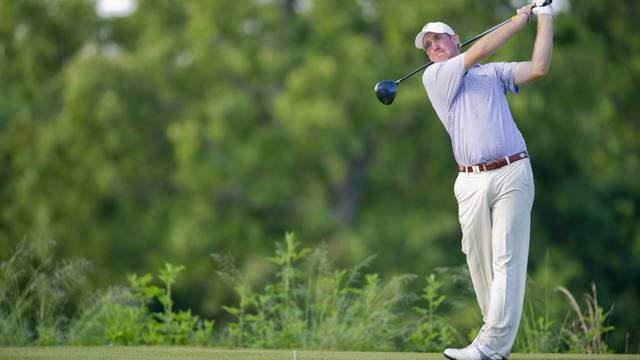 BATON ROUGE – As the 17th-ranked LSU men’s golf team competes this week at the 2013 NCAA Division I Men’s Golf Championships, two Tigers have earned a selection to the PING All-Southeast Region Team as the All-SEC tandem of junior Andrew Presley and sophomore Curtis Thompson added to their All-America resumes on Tuesday.

Presley has been named to the PING All-Southeast Region Team for the second-straight season after earning his first career selection as a sophomore in 2012. Thompson has made his debut to the team in the wake of one of the strongest season by a golfer at the collegiate level during the 2012-13 campaign.

Thompson, who is the team’s leading scorer with a 72.9 stroke average in his 12 tournament starts on the year, most recently earned his first career top-10 finish in NCAA Regional play as he guided the Tigers with a tie for 10th place at the NCAA Baton Rouge Regional for his team-leading fifth top-10 finish of the season. The Tigers took third place for their best regional finish under head coach Chuck Winstead.

Presley has matched Thompson’s effort with five top-10 finishes on the campaign, while also leading the team with three top-five finishes in his 12 tournament starts as a junior in 2012-13. Presley actually fired a team-best even-par 72 in the final round at the NCAA Baton Rouge Regional to lift the Tigers from a tie for fifth place at the start of the final round and into third place in the final standings.

The Tigers are set to tee off in the second round of stroke play at the 2013 NCAA Men’s Golf Championships late Wednesday morning as they are paired with Auburn and Oklahoma State with tee times set to begin on the 10th tee at 11:20 a.m. CT. Live scoring of this year’s NCAA Championships will be provided throughout the week at www.NCAA.com.