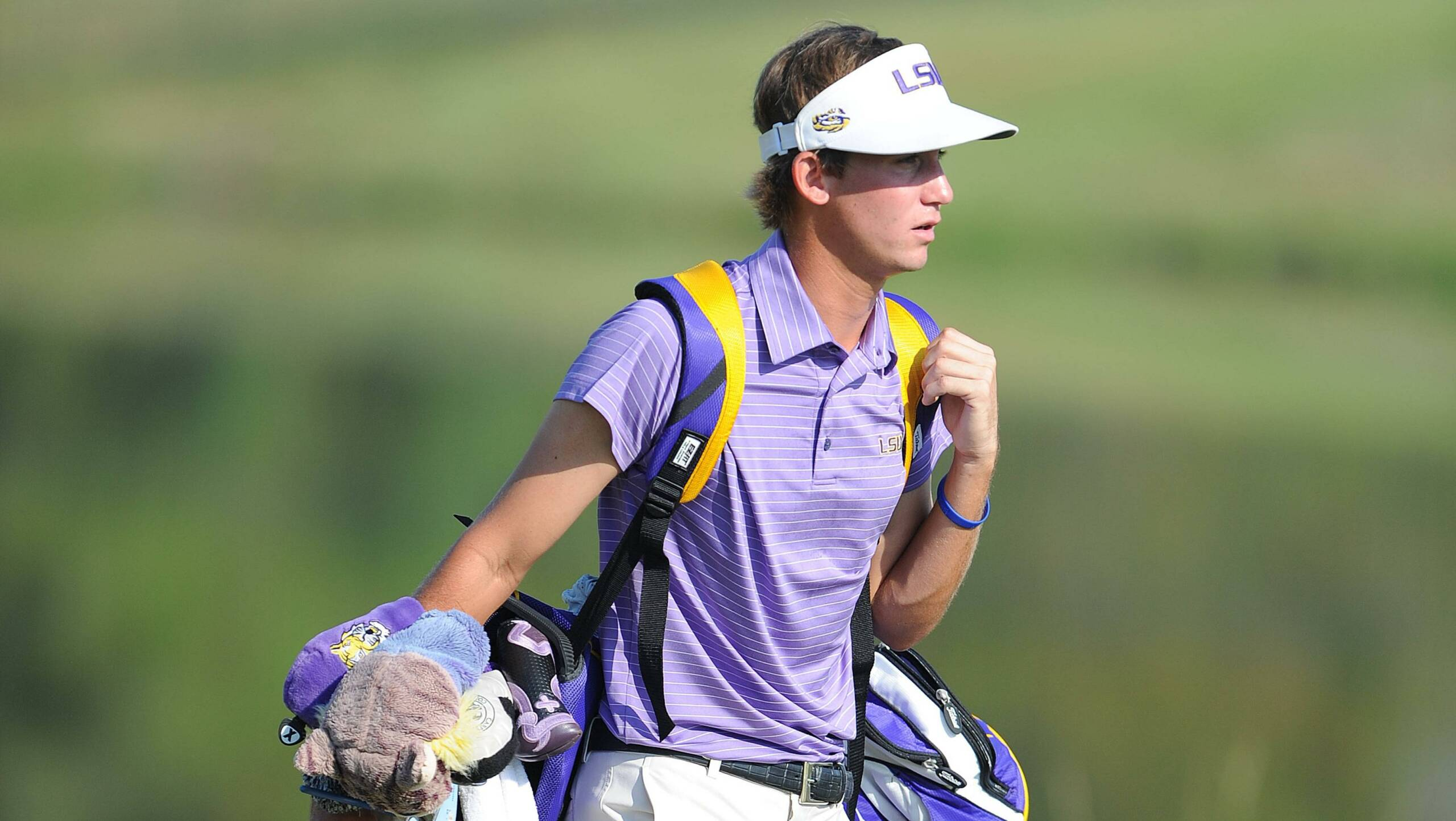 BATON ROUGE – Junior Smylie Kaufman has been a leader of LSU’s community service efforts throughout his three-year collegiate career in Baton Rouge, and he was honored Wednesday afternoon with a first career selection to the SEC Community Service Team for men’s golf as announced by the league office.

Kaufman is among 14 golfers representing each of the men’s golf programs in the Southeastern Conference that has been selected to the SEC Community Service Team for the 2012-13 academic year.

A native of Birmingham, Ala., Kaufman volunteered 37 hours for community service during the recently completed academic year to lead the Tigers off the course for 2012-13. He is the squad’s representative on LSU’s Student-Athlete Advisory Committee in which he served as a marketing and publicity committee member for the past year.

Kaufman is a fixture of the team’s trips to Our Lady of the Lake Children’s Hospital while visiting children throughout the year. He also helped coordinate the team’s efforts at LSU’s annual Halloween BOOzar and Thanksgiving with the Tigers during the fall. He organized the team’s game station at the Halloween BOOzar as the event was held at the Carl Maddox Field House to provide local youths a family friendly alternative for trick-or-treating. He also helped provide Thanksgiving meals to needy families adopted by LSU’s student-athletes as part of the Thanksgiving with the Tigers event.

Kaufman is also a member of Baton Rouge Soiree, which is a Baton Rouge-based organization formed in 2011 with the goal of raising awareness and research funds in the fight against prostate cancer. He helped create the second-annual Blue Ribbon Soiree at the Renaissance Hotel in Baton Rouge for a food and beverage and silent auction fundraiser that raised money to fight prostate cancer.

On the course, Kaufman has made five tournament starts for the Tigers during his junior season in 2012-13 while posting a 75.3 scoring average in 14 rounds played in competition.