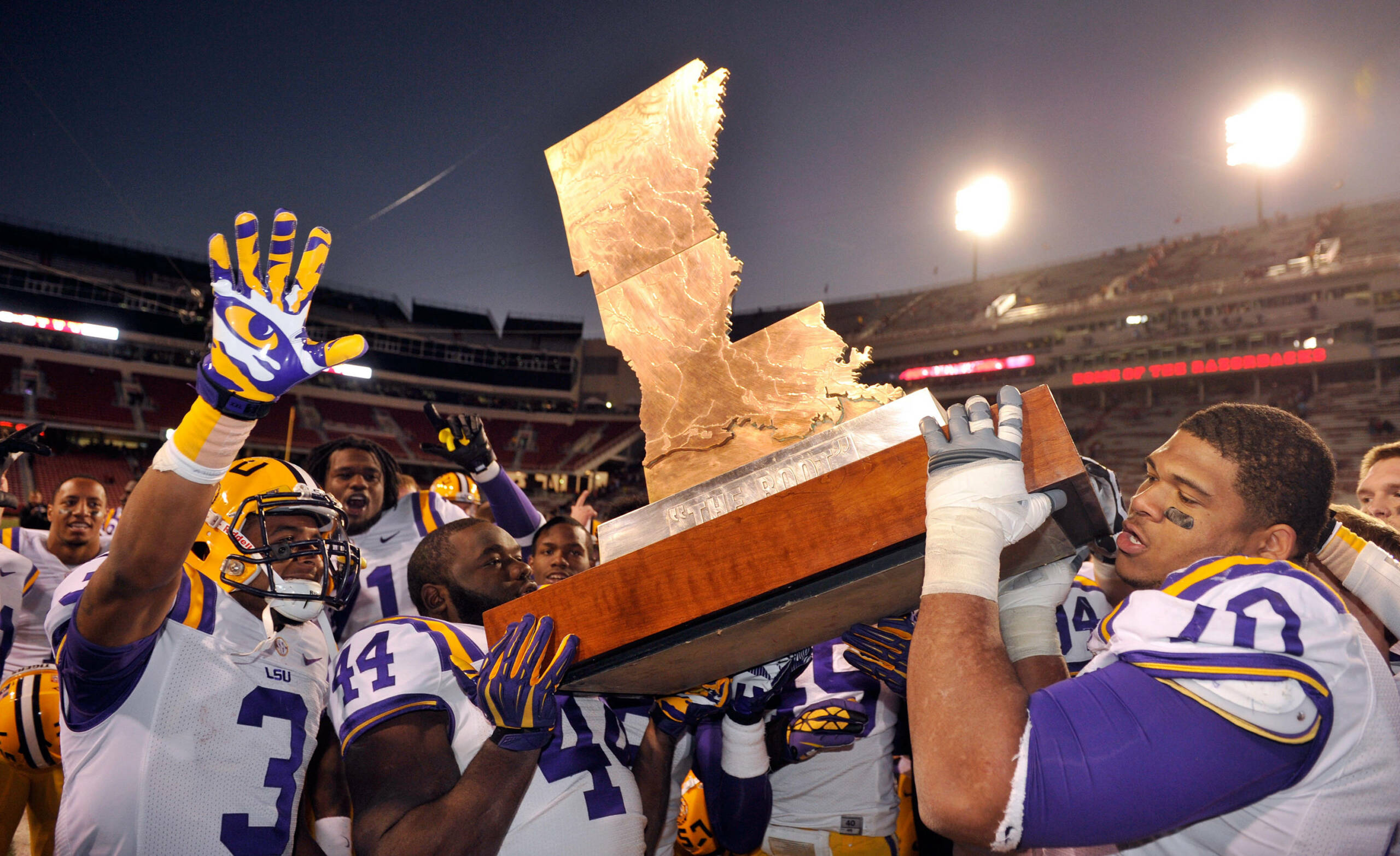 BATON ROUGE – LSU and Arkansas will play on what has become its traditional Friday slot in 2013 as the two teams will square off in Tiger Stadium on Friday, Nov. 29, the Southeastern Conference, along with CBS, announced Wednesday.

Kickoff for the Tigers and the Razorbacks is scheduled for 1:30 p.m. in Tiger Stadium and the game will be televised nationally on CBS.

Since Arkansas joined the SEC in 1992, the Tigers have Razorbacks have played 21 times with 16 of those games coming on a Friday. The teams played the Friday after Thanksgiving for 13 straight years from 1996 to 2008 before moving to Saturday in 2009 and 2010.

The teams played on Friday for the past two years, which included LSU’s 20-13 win over Arkansas in Fayetteville to cap the 2012 regular season.

History of “The Golden Boot”

The remainder of the CBS Sports 2013 SEC schedule will be announced later this summer.

The “SEC ON CBS” schedule features a total of 16 games during the network’s 13-week season, including two doubleheaders and the SEC Championship on Saturday, Dec. 7 (3 p.m. CT).

Highlights of 2013 CBS schedule include:
All Times Central

All other “SEC Games of the Week” are announced six-to-12 days prior to their broadcast date.