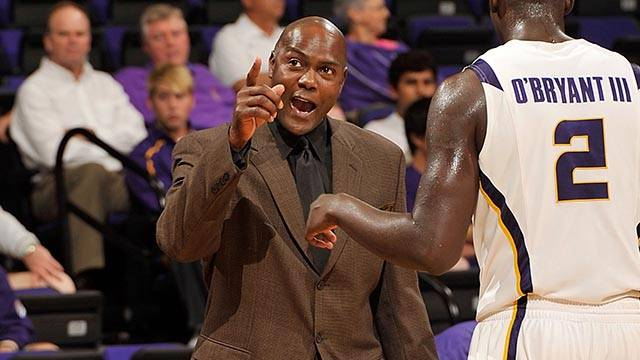 BATON ROUGE – LSU men’s basketball assistant coach Robert Kirby submitted his resignation to the LSU Athletics Department late Monday. He has been named Tuesday an assistant coach at the University of Memphis.

Kirby served one year at LSU under Head Coach Johnny Jones and the veteran coach will be returning to his hometown for his next job.

“I totally enjoyed my year here at LSU,” Kirby said. “It was very educational as well as enjoyable with the players that we had here to work with as well as the coaching staff. Baton Rouge and the LSU family is a great family and they welcomed me with open arms and I will never forget them. I will never forget the times I had here and the people I worked with. They were just outstanding.”

“We would like to thank Coach Robert Kirby for the time and energy he put into our program this past year,” said LSU men’s head basketball Coach Johnny Jones. “His ability to recruit and his coaching ability were tremendous assets to our program. He is not only a terrific basketball coach, but an even better person.”