Track & Field Graduates 16 in the Spring 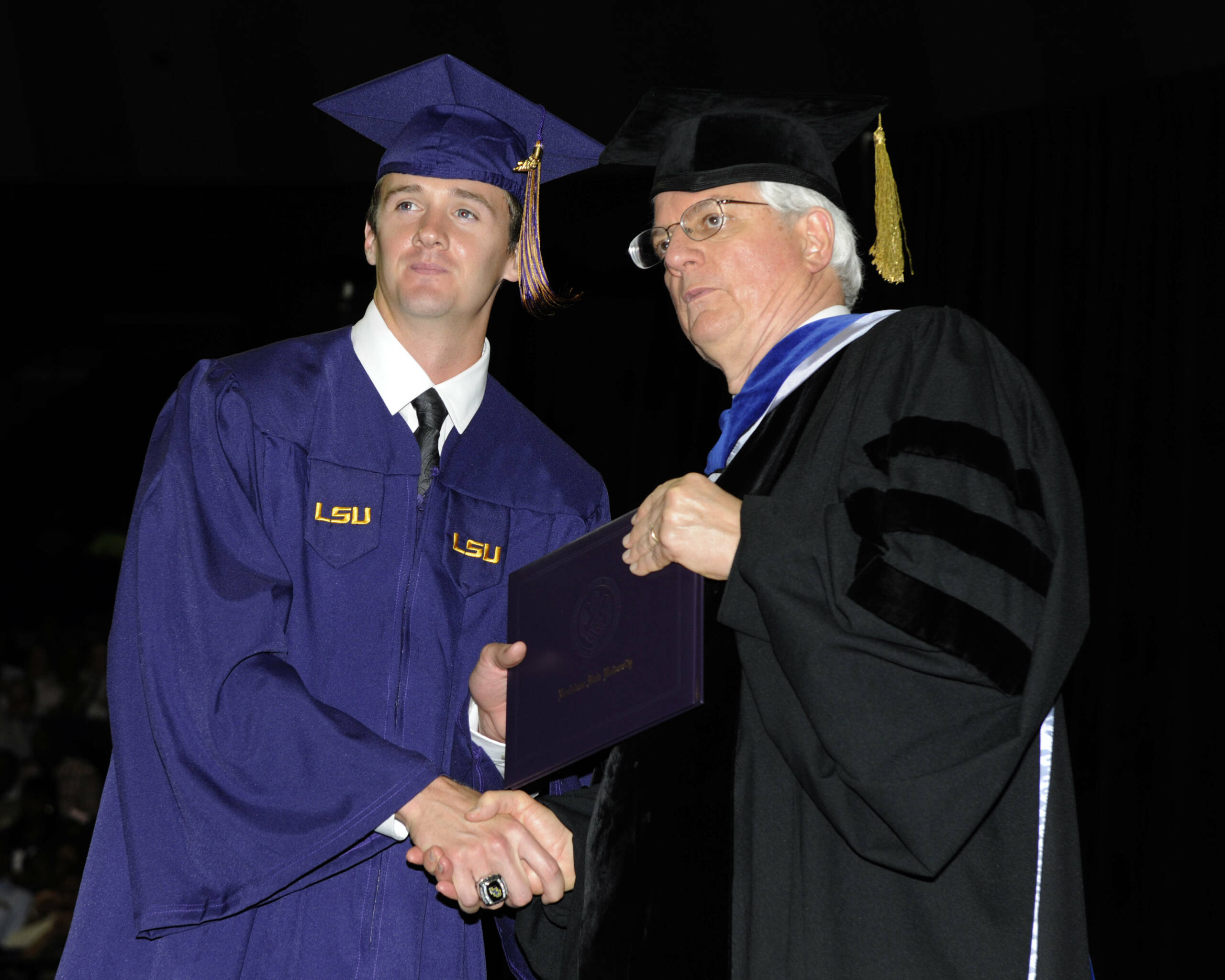 Forbes, who received his degree in sports administration on Thursday evening, was just named the SEC Men’s Outdoor Field Athlete of the Year on Friday after being crowned the SEC Outdoor champion in the men’s long jump in dramatic fashion at the 2013 SEC Outdoor Track & Field Championships. It was his first SEC title after winning four conference silver medals as one of the league’s premier long jumpers.

After trailing Florida’s Marquis Dendy (27-2 ½w) heading into the final round of jumps, Forbes soared to an NCAA-leading and career-best wind-aided mark of 27-4 ½ on his sixth and final attempt to win the SEC title for 2013. Forbes had previously earned four SEC silver medals in the long jump between the indoor and outdoor seasons before taking the title.

Forbes is also a four-time NCAA Championships silver medalist during his collegiate career, including a runner-up finish at the 2011 NCAA Outdoor Championships where he leaped to a wind-legal personal best of 27-0.

A product of Martin Luther King, Jr. High School in Decatur, Ga., Forbes made his Olympics debut for Jamaica last summer by competing in the long jump at the 2012 Olympic Games in London, England.

Like Forbes, Carleton is a reigning SEC champion in the indoor 5,000 meters as she made history as the first Lady Tiger to win a conference title in a distance over a mile at the SEC Indoor Championship. Last weekend at the SEC Outdoor Championships, Carleton scored 10 points for the Lady Tigers with fourth-place finishes in the 5,000 meters and 10,000 meters as one of the SEC’s premier distance runners for her senior season.

Just one year after finishing his collegiate career as the most decorated sprint hurdler in the history of the LSU men’s program, Nugent completed his degree requirements in liberal arts this spring.

Nugent, the 2011 NCAA Outdoor champion in the men’s 110-meter hurdles, became the only LSU Tiger in SEC Championships history to win three-straight SEC Outdoor titles in the 110 hurdles with consecutive titles as a sophomore in 2010, as a junior in 2011 and as a senior in 2012. Nugent also led off LSU’s national champion 4×100-meter relay team in his final NCAA Championships a year ago.

A complete list of LSU Track & Field graduates for May 2013 is listed below.