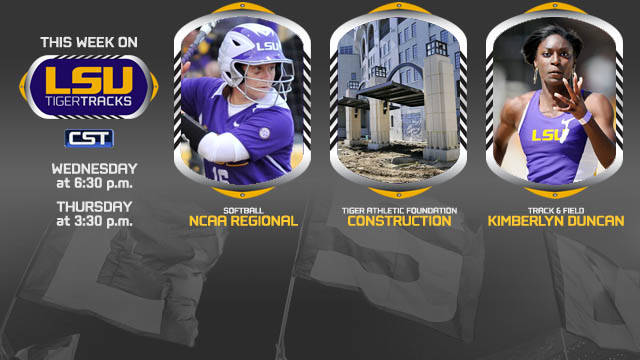 LSU Tiger Tracks begins with a preview of the NCAA Softball Regional that begins Friday at Tiger Park. LSU is the No. 1 seed in the regional, which also includes Louisiana-Lafayette, Northwestern State and Central Connecticut State.

The show continues with a visit to the studio from Tiger Athletic Foundation official Michael Oblinger, who discusses the Tiger Stadium renovation projects.

LSU Tiger Tracks also includes an interview with NCAA champion sprinter Kimberlyn Duncan, and the show concludes with a feature on the LSU School of Veterinary Medicine.